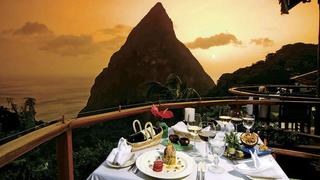 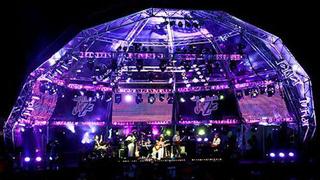 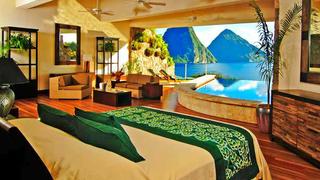 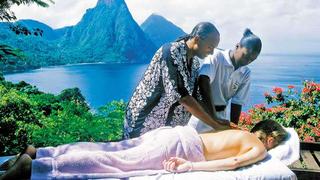 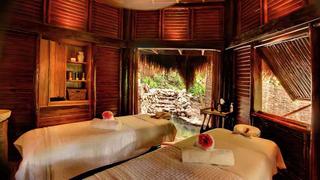 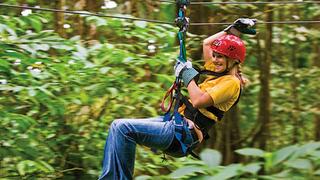 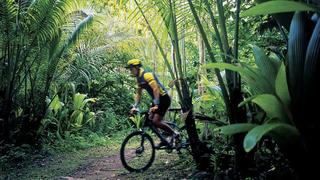 The Helen of the West Indies

Known as the Helen of the West Indies because of its beauty  and the fact that it was long fought over  St Lucia is a Caribbean island that has evidently provoked passions through the centuries  this is one of the reasons the island has become a firm favourite with Caribbean superyacht charters.

The British and French tussled over it for 150 years and it changed hands 14 times before the British finally won in 1814.

However, despite 165 years of British colonial rule, St Lucia never lost its French flavour, and to this day it is prevalent in the cuisine, style and even language of the islanders  predominantly descendants of the slaves brought to work on the sugar plantations  who speak a French patois.

Most place names remain French, including the name of the capital Castries, founded by the French in 1650 and named after the Marquis de Castries.

The islands reputation as a natural beauty is well founded  from its twin Pitons in the volcanic south to the sweeping arc of white sand of Reduit beach in the flatter north. Its spectacularly mountainous interior is covered in lush jungle and rain forests and it even boasts the worlds only drive-in volcano.

Whether arriving by air or sea, a helicopter excursion is the perfect introduction to a luxury yacht charter in St Lucia. You can arrange an airport pick-up with St Lucia Helicopters for a breathtaking aerial tour  taking in the dramatic twin Pitons, which soar over 600 metres above the sea, the miles of pristine rainforest that cloak the islands mountainous interior, and the stunning white sand beaches.

Myriad diving spots in the area make St Lucia a great base. The most popular dives sites are those between the Pitons because of the view above the sea, but there are a diversity of others around the island.

Supermans Flight along Petit Piton is a drift dive named after the Superman II movie which was filmed in Anse des Pitons. It is an easy descent dive for beginners with sea life starting at 5 metres and down to about 30 metres for more experienced divers.

Another dive off Petit Piton is Piton Wall, a vertical drop-off that starts at 8 metres and descends to over 180 metres. This is a prime spot for seeing green and hawksbill turtles as well as stingrays.

*_Wreck of the Lesleen M

Includes the artificial reef wreck of the Lesleen M, 25 minutes off Anse Cochon. The wreck lies in 20 metres of water at the stern and 15 metres at the bow, but the top deck sits at around 11 metres beneath the surface making it a good dive for beginners and more experienced divers alike.

North of Soufrière, this designated marine park has spectacular nearshore reefs which are excellent for both snorkelling and diving.

St Lucias culinary charms combine both British and French influences from long ago with a mélange of Caribbean flavours and cultures. Dining experiences range from the rustic to the sublime.

One of the most widely heralded restaurants on St Lucia, Dasheene has a dramatic setting with tables on a terrace overlooking the Pitons. Its excellent reputation is not based on ambiance alone as it offers the most refined and creative cuisine.

Casual by day and enchanting at sunset, the menu is nouvelle Caribbean, featuring such Caribbean-meets-California-inspired appetisers as friend green tomato, plantain tart and silky pumpkin soup with ginger. Enjoy the catch of the day  often snapper or kingfish  with jerk butter and the mojo steak, flavoured with a unique local seasoning. Finish with a chocolate rum mousse.

At the more casual end of the dining spectrum sample some grilled street food. A favourite is the Friday Night Fish Fry in the fishing village of Anse La Raye where you can hang out and eat your fill of of fresh, local seafood while enjoying the live outdoor entertainment.

Most of St Lucias nightlife and entertainment options are located in the Rodney Bay area of Gros Islet in the north. Rodney Bay itself is the place to be on a Friday night because of the Friday Night Jump Up street party when sections of the town are closed to cars, people throw open their houses, the narrow streets are packed with stalls selling beer, rum and fried chicken and revellers throng the streets, dancing the night away to pumping music.

Built in the 1950s and legendary amongst yachtsmen, the original bar of the Margot Yacht Haven hotel has been brought back to life, complete with original lighting and signage.

Held every May, the St Lucia Jazz Festival is considered to be one of the Caribbeans top events, attracting a billing of top international artists.

St Lucia has some luxurious boutique resorts, which could be enjoyed at either end of your cruise, or even in the middle if you wish to partake of their spas and facilities.

Perched atop the highest point of Anse Chastanet near Soufrière Jade Mountain Resort is organic in every sense of the word. Designed by the resorts owner, architect Nick Troubetzkoy it features spires which tower towards the sky with glass-covered rebar protruding from the ends that create a light and colour display when the sun shines through.

Pedestrian bridges lead to each of the private three-walled villas  the missing fourth wall is a window to the picturesque Pitons and stunning ocean views.

Patois for House in Heaven, Kai en Ciel is a boutique spa and fitness studio offering a range of aromatherapy and Ayurvedic treatments.

With a view of both the iconic Petit and Gros Pitons, acres of tropical forest and two soft sand beaches, Anse Chastanet has an unsurpassed location on St Lucia. The resort property also includes the historical plantation of Anse Mamin and Emerald Estate where the resort grows its own organic produce.

The spa aspect of the famously perched Anse Chastanet resort offers both beach-level and hillside treatment settings. Massages, reflexology or aromatherapy can be scheduled beach-side at Kai Mer (Creole for house of the sea), while the larger Kai Belté facility presents a wide variety of therapies including ayurveda and shiatsu. There is a couples massage course in Swedish massage, as well as yoga classes five days a week in the yoga hut.

Set in acres of rainforest rainforest on the site of an 18th century sugar plantation, the resort has lush landscaped grounds that sweep down to a white sand beach. Elegant plantation-style villas and suites come with breath-taking views, a personalised butler service and every modern amenity.

Set apart from the resort itself and up in the rainforest, the spa treatment huts and sauna are built on stilts over a running stream. The complex also has a relaxing retreat area and a healthy lunch menu so that guests to do not have to leave this relaxation bubble.

The spa at the marina Discovery at Marigot Bay offers a perfect place to relax and unwind after a long passage, and is in an idyllic setting, tucked away in the protected lagoon backed by green hillsides and a palm-fringed beach.

St Lucias rugged terrain lends itself to adventure  from hiking and walking along trails and paths through the rainforest, to biking, horse-riding, quad-biking and even zip-wiring.

A UNESCO World Heritage Site the Pitons are two volcanic peaks that jut dramatically towards the sky  the Piton Mitan ridge links Gros Piton and Petit Piton. Hiking the Pitons is not for the faint of heart or for the exercise challenged, as both peaks are more than 600 metres above sea level and take about three to four hours to climb and descend.

Gros Piton is the easier of the two and on a climb you will encounter rare birds and monkeys as well as a change in vegetation from tropical to rainforest. Reaching the summit of either Piton affords incredible views of the surrounding areas and the Caribbeans beautiful crystal blue water. The climb back down is an experience in itself but well worth the trouble.

Over 12km of trails through dense tropical vegetation and the 18th century French colonial ruins of the Anse Mamin Plantation offer bikers a unique perspective of St Lucia. There are trails for all levels and abilities.

Those with a head for heights can fly through the air on a zip-wire ride that skims through the rainforest, while the aerial tram proves a more sedate way of achieving a birds eye view of the beautiful surroundings.