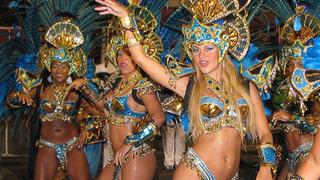 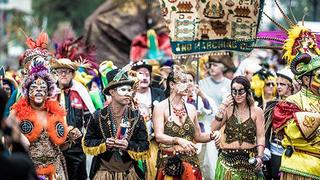 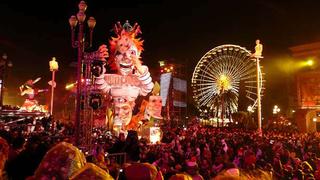 Carnivals are the biggest parties on the planet, combining costumes, music and street festivities over multiple days in the lead up to Lent. Whether you’re looking to experience the vibrancy of the Trinidad Carnival, the mystery and magic of the Venice Carnival, the visual spectacle of the Rio Carnival, the beaded crowds at Mardis Gras or the parades of Nice Carnival, you’re guaranteed a fun-filled superyacht charter like no other.

Charterfleet rounds up the five best carnivals with information about where to berth your superyacht and how to get the best experience during your charter.

Taking place in the run-up to Shrove Tuesday (this year from January 31 to February 17), the Venice Carnival is one of the most atmospheric and magical experiences on the European social calendar. Banned in the 1930s when Mussolini outlawed the wearing of masks, the Venice Carnival was revived with huge success by locals in 1979. The festival now attracts tens of thousands of visitors from all over the world, but amid the bustle, the character of this romantic city is never lost. The Venetian masks that are de rigeur for all-comers give proceedings a Mediaeval secrecy and a wild abandon, as the normal constraints of daily life are cast aside. Walking through the narrow passages of the city near St Mark’s Square is a heady experience. With masked balls, concerts, theatre and street productions aplenty, the city is teeming with events to satisfy the most well-informed culture vultures, as well as those just looking for a good time. “Super VIP” tickets at €2,500 will get you into this year’s Il Ballo del Doge, a sumptuous event that mixes historical costumes, bejewelled dancers, classy cocktails and large doses of Vivaldi. Enter if you dare.

Where to berth your superyacht for the Venice Carnival

All visitors know that while Venice may be the most beautiful city in the world, the normal routes in and out are spectacularly ugly. So savour your exclusive passage through the Adriatic’s most northerly reaches and into the tranquillity of the lagoon – you’ll be seeing a side to the archipelago that few experience. With or without the lagoon’s famous mist, which in February could well be part of your experience, it’s a haunting passage. As the skipper makes his way through the seemingly incomprehensible maze of deep water channels crossing the lagoon, you’ll cruise past ancient quays and rural scenes on the lesser known islands that will take you back to a time when a superyacht was merely a big coracle. The only deep water berths suitable for superyachts in Venice are to be found at Venice Yacht Pier, near to St Mark’s Square. You’ll need to book well in advance, naturally, but if the full 900 metres of docking space is taken, try Marina Fiorita, suitable for boats up to 50m. This marina is within the lagoon and a short tender ride from the Venice Carnival. A 30 metre boat will pay around €300 per day.

Where to watch the Venice Carnival

If you’ve grabbed a berth at Venice Yacht Pier, you’ve found perhaps the best spectator spot in the city. Most of the festival centres on St Mark’s Square, which is right on your doorstep, so even if you do need to move from your aft deck, you’ll only need a short excursion ashore to become fully immersed in the heart of the Venice Carnival. But the beauty of Venice is being able to walk everywhere and during carnival, you won’t need to walk far before you find something to whet your appetite.

Nobody goes to Rio Carnival for an early night. In fact, R&R is not a phrase that’s been heard during the month of February in Rio since 1723, when this extravaganza of dancing, music and sunshine began. The modern-day version is highly organised, with numerous outlets operating costume hire for men and women, hotel transfer, flights and more. But why join a lengthy airport queue when you can arrive by superyacht?

Where to berth your superyacht for the Rio Carnival

The islands around Rio have become a popular cruising ground in recent years and while the Brazilian coast has seen a number of marinas spring up to cater for the new custom, the situation could be far better for owners of large boats. There are several marinas within 100km or so of the city, for instance Marina Verolme, or MCP Yachts Marina in Santos. For Rio itself, you may have to wait a few years. The city’s Marina da Gloria will be able to host yachts up to 76 metres in 2016, the year in which Rio will host the Olympics, but in that year the site will be reserved for competing sailing boats. Most visitors in superyachts anchor by the Sugar Loaf mountain, with far better views than in the marina, and take a tender in via the Rio Yacht Club, which offers first-rate facilities.

Where to watch the Rio Carnival

The heart of Rio Carnival, which now lasts five days, is the Sambodromo, a vast line of stands on both sides of the street, where spectators can view the floats as they parade past, but you’ll need to book tickets. The parade of floats that carries samba dancers, bands, local presentations and a lot of sparkly bikinis also runs past Copacabana and Ipanema beaches. However, visitors to Rio Carnival don’t have to be there or in the Sambodromo to get a taste of real Brazilian street party. The whole area is alive with mini-festivals and parties, incredible costumes and live bands that all go to make this the biggest party in the world.

The Trinidad Carnival, held on the Monday and Tuesday before Ash Wednesday, is the biggest event in this Caribbean island each year and said to be one of the best carnivals in the world. It’s roots date back to 1783, when the French arrived with their customs for celebrating between Christmas and Lent that excluded the African slaves. When slavery was abolished in 1838, the slaves took their carnival to the streets and it’s been evolving as the population diversifies ever since. The Trinidad Carnival begins at 4am, in total darkness, with the predawn party of J’Ouvert. The festivities continue throughout the day but the Monday is just the warm up for the following day of carnival parties, when thousands of masqueraders take to the streets for the parade. It’s worth noting the Trindad Carnival isn’t just held on these two days before Ash Wednesday, it’s really the whole season between Christmas and Lent, with plenty of celebrations to witness, or join in, on a Caribbean yacht charter.

The origins of Mardi Gras carnival can be traced back to medieval Europe, with celebrations of the “fatted calf”, but today this colourful spectacle is all-American. It’s grown from a secretive backstreet event to the a legal holiday, thanks to the Mardi Gras Act in 1875. Today’s spectacular Mardi Gras carnival takes over the whole of the city centre: floats, music, picnics, everyone wearing the official Mardis Gras colours of purple, green and gold and adorned with long beads, businesses shutting down for the carnival. At Mardi Gras, the name of the game is partying and making friends. There is a strong family element to the festival as well, despite the press focussing often on the more raucous side.

Where to berth your superyacht for Mardi Gras carnival

New Orleans has many marinas with thousands of boat owners and the superyacht industry in the city is growing fast. There are local builders and facilities for big leisure yachts are excellent. In terms of berthing, the options include South Shore Harbour, Orleans Marina, or Point Cadet Marina in nearby Biloxi, which all have spaces for larger boats. The area also has anchorages aplenty and if your boat has a relatively shallow draft then a fascinating cruising ground is on your doorstep.

Where to watch Mardi Gras carnival

It pays to know the parade routes before you head into the middle of town. The French Quarter attracts many tourists but in fact hosts no parades during the Mardi Gras carnival. The routes on each night are well marked on the event website with plenty of advice about visiting during the festival generally. For the best views of all the bustle and sometimes pretty wild late-night shenanigans, first-floor balconies can be booked along the route and in the French quarter, with a bar and buffet often on offer within the buildings.

Like all of the best carnivals in this list, the Nice Carnival dates back to the Middle Ages when the people would hold a huge celebration and party before fasting for Lent. Among the two thousand cultural, festive and sporting events that take place throughout the year in Nice, the carnival is the most important winter event and one of the biggest on the Côte d’Azur. There are said to be more than a million people visiting the Nice Carnival, with 175,000 tickets sold last year, generating more than €2 million income for the region.

Where to berth your superyacht for Nice Carnival

Superyacht skippers and owners will need no tips on where to berth along the Nice and Monaco coast, where marinas cater better for superyachts than perhaps any other stretch of coast does in the world. The prices are just as extraordinary. Port de Nice is perhaps the prime destination if you can secure a berth, but Port Hercule and Fontvielle in Monaco are not more than a helicopter taxi flight away. Given the crowds, a reasonably sized tender can save your guests the ubiquitous queues.

Where to watch Nice Carnival

The centre of the Nice Carnival is to be found on the Place Masséna and around the Jardin Albert 1er, where 18 burlesque floats parade accompanied by dancers, bands, street artists and more. For the more athletic visitors, this year will also see the first edition of the Nice Carnival 10km Run, which will see participants don fancy dress to make their way along the sea front. The second weekend will see the Carnival Dip, in which, the organisers say, costumes and courage combine to benefit a charitable organisation. The colourful swimmers brave sea temperatures of around 13°C in February. This event will be followed by a giant zumba on the Promenade des Anglais from midday.