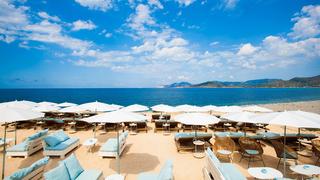 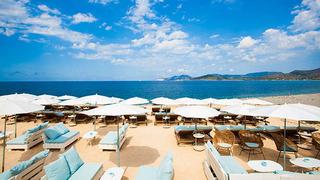 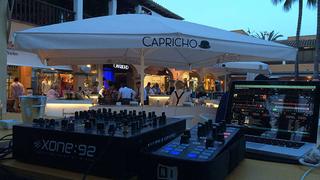 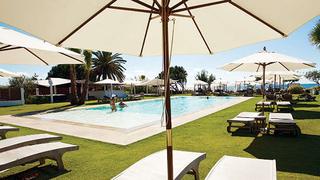 Best bars and nightclubs in the Balearics

This season, the hottest luxury holiday is a Balearic Islands yacht charter, and particularly Ibiza. With ultra-glam nightspots, chic beach clubs and mesmerising sunsets – these islands are the ultimate hedonistic destination. So drop anchor, leave the yacht out at sea and spend the night partying away. Here are our top four bars in the Balearics to head to this summer.

This cool beach club in Ibiza opens at 10am and pushes on until 2am daily. It attracts a glamorous crowd with its chic white sunpads, wicker dining chairs and modern Spanish-style dining tables. The cocktail list is extensive (try the Enigma – a surprise cocktail described by bartenders as a ‘mysterious elixir!’). The menu is traditional Spanish with cured meats, tomato salads and freshly caught seafood, and the atmosphere is hot. The DJ plays the latest summer chill out tunes during the day and cranks it up after sundowners, for a night of dancing under the Ibiza sky.

It owns a prime spot on Las Salinas beach, found to the south of the island. So be the envy of the club, get the captain to drop anchor in front of the beach, jump on the tender and arrive in style.

New for 2014 is the opening of Treasure Chest, a luxury boutique selling clothes and accessories at Experimental Beach Club.

If the party atmosphere gets too much, take a walk to the old pirate watchtower just past La Salinas beach. Beyond the glitzy Ibiza beach clubs you will come to a clearing where the cliffs have been carved out. Pass them, head up onto the rocks, through a woodland and discover your own private cove, overlooked by the watchtower. Bliss.

This swish lounge, transformed from a small sailor’s tavern, has been a firm favourite with the jet set for over three decades. Found in the glamorous port of Puerto Portals this is the chosen spot for those enjoying a luxury yacht charter in Mallorca.

This legendary bar opens at 1pm every day and serves the finest cocktails from expert mixologists. The Toblerone, a decadent creamy chocolate mixed with cream and Baileys is generally the ladies’ favourite, but try the Formula Schwaiger. This is the lounge’s signature cocktail designed by Michelin star chef Gerhard Schwaiger.

The luxurious white tables, both indoors and out, are often filled with A-list celebrities, and even royalty. However, this is a classy establishment and name-dropping won’t do, so to check out the crowd for yourself, a reservation is needed.

The Capricho menu has a new summer flavour, so give the yacht’s chef a night off and sample the non-fussy but extremely tasty food here. Homemade pizza, cold meats and cheese, and even burgers are on the menu.

Join the likes of Sienna Miller and Leonardo DiCaprio on the island of Formentera; Ibiza’s quieter but no-less chic neighbour. This beach club sits on 150 metres of unspoiled yellow sand and is proving quite the rival to the ultra-glam hotspots of Ibiza and Mallorca. Why? We think it’s down to the club’s laid-back, Zen feel. With waiter service direct to your sun lounger, relaxed atmosphere and idyllic location set between rolling sand dunes, pine trees and the turquoise waters of the Mediterranean, Gecko Beach Club is the new place to be seen.

Yachts can anchor out at sea while guests relax in the club sampling the delicious menu, a fusion of light Spanish food with a touch of the heavier Mediterranean influences of pasta and pizza. For those who have been over-indulging, the daily yoga classes are a fantastic change of pace.

In the evening, the cocktail menu and wine list is extensive – a jug of the local sangria comes highly recommended. Although this is marketed as a place to chill out, the music scene is still enticing, with regular guest DJs like Pete Gooding and Danny O.

If you happen to arrive on a Wednesday or Sunday, ask the club to arrange transport and head over to El Pilar de La Mola to visit the hippy market. Straight out of the 60s and 70s, this market is abuzz with eccentric personalities selling their handicrafts. Find necklaces made from beads, tie-dye bags/clothes/cushion covers and a whole array of hand-made wares – it certainly makes for a colourful afternoon.

Back in Ibiza and time to party the night away. Ushuaia Beach Club burst on to the scene in 2011 and was immediately dubbed the opening of the year. Three years on and the club is still the most talked about spot to party on the island. Its poolside stage sees the season’s top DJs playing sets from afternoon chill out to evening dance tunes and its massive capacity of 5,000 means you’re guaranteed a party as you venture through its iconic carved doors.

The club is found on Playa d’en Bossa in the south of the island, so yachts can either anchor and tender guests in and out, or head around to the port and a VIP service can fetch guests to the club.

Ushuaia offers a VIP concierge service so your every need is taken care of. If you don’t want to be right in the action but close enough to feel a part, then reserve a VIP box, which hangs over the crowds and offers fantastic views across the club and stage. In here, food, drink and dancing can all be taken of.