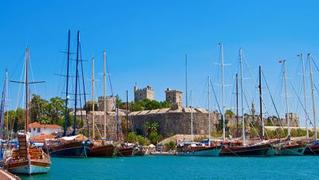 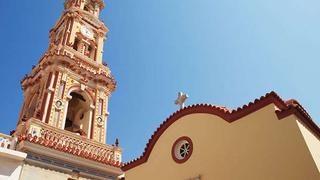 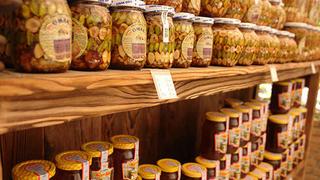 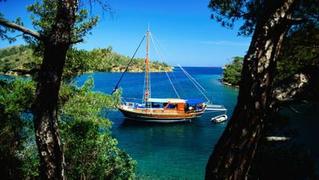 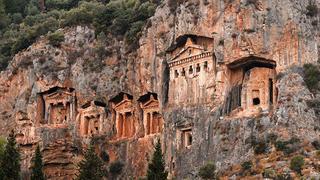 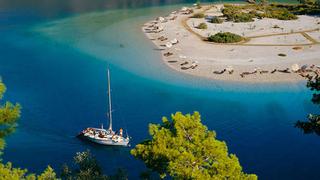 Jacqui Lockhart is a charter manager and broker at Select Charter Services based in Villefranche sur Mer, France. She has been working in the luxury superyacht charter business for the last twenty years. Although the business is based in France, she organises charters all over the world.

Here, she takes us on a journey aboard S. Bernardo around Turkey.

Join your yacht in Bodrum. This city was once called Halicarnassus and was famous for housing the Mausoleum of Mausolus, one of the seven wonders of the ancient world. Take a visit to Bodrum’s castle, which was built by the Crusaders in the 15th century, it offers stunning views of both the harbour and marina below. In the summer Bodrum becomes the central focus of the Turkish glitterati with restaurants, clubs and shopping to suit.

After being welcomed aboard the yacht will depart to the Bodrum Islands to stop for lunch. In the evening the yacht will pass the short distance to the nearby Greek Island of Kos. The night will be spent in Port.

At first light depart Kos for the Greek island of Symi, stopping off to anchor for lunch in the ancient harbour of Knidos to see the ancient ruined city. After a full day spent enjoying watersports and breath­taking views, the yacht will head to the island of Symi to spend the evening in the beautiful port.

After breakfast and perhaps some souvenir shopping in port, the yacht will head to the nearby bay of Nanou, offering crystal clear blue waters in a tranquil setting, its an excellent place to relax and have lunch. Alternatively, visit the famous monastery in the bay of Panormitis.

Spend the evening on the Turkish mainland. The two choices are drop anchor in the protected bay of Dirsek, alternatively spend the night at anchor in Nanou bay.

In the morning, head back in to Turkey and into the town of Marmaris, stopping off for lunch and watersports in the bay of Bozukkale.

Originally just a fishing village, Marmaris has now grown into a bustling resort town. Shopping and nightlife are the major attractions here, with the covered bazaar and numerous good restaurants and nightclubs ashore.

Still only 25 miles from the Greek Island of Rhodos, Marmaris is the largest town of the area. Netsel Marina is situated just under the old town and castle and offers some of the finest restaurants in the area.

Departing Marmaris the yacht continues onto the bay of Ekincik. Enjoy a full day of watersports and relaxation here. Visit My Marina, a restaurant that is carved in the rocks, it’s not Michelin starred but it still is very good, with a great atmosphere and a fine menu, above all it offers an unrivalled view of the bay at sunset.

If culture is of interest then from Ekincik, it is possible to see both the ancient Lycian rock tombs of Dalyan and the ruins of the ancient trading city of Kaunos nearby. Getting there is as much the attraction, the best way is via a local fishing boat along the river Dalyan. The route requires the skipper to navigate the intricate maze of reeds. Also, nearby is Iztuzu beach Here, the breeding ground for Loggerhead sea turtles.

In the evening head to Wall Bay, a picturesque bay surrounded by pine-clad hills with an excellent authentic “Koy” restaurant. In addition to the usual fare, they specialise in an excellent open hearth, spit roasted Lamb. The lamb is most definitely fresh (often found walking around the back of the restaurant before dinner).

Just 15 miles to the east is Gemiler Adasi, an island located within a bay, this is, according to the local lore, the original home of Saint Nicholas. The island is covered in ruins both above and below the water. Which makes it a fascinating place to snorkel around. It’s an excellent nighttime anchorage.

Alternatively between Gemiler and Olu Deniz lies Soguk Su, named because of a fresh water spring, which bubbles up from below and cools both the sea and the surrounding air in summer.

Skopea Limani is the enclosed gulf that lies south of Gocek. It is bordered on the west side by the Kapidaği peninsula and on the east by the islands of Domuz and Tersane. It is one of the most beautiful cruising areas in Turkey, with numerous sheltered coves ringed with pines; spend the evening at anchor in one of the bays.

After a morning swim followed by a relaxing breakfast, the yacht will head the short distance to Gocek prior to disembarkation. Gocek itself is a sleepy and tranquil Turkish village that in recent years has become a high end Turkish resort town. Wander through its quiet streets and pick up some last minute souvenirs. From Gocek it is only a 20-minute journey to nearby Dalaman international airport.