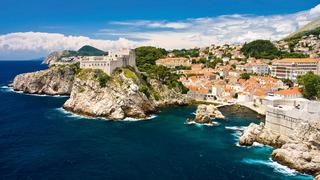 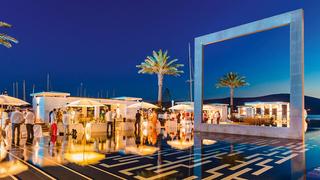 Insider's guide to Croatia and Montenegro

Exhausted by the Venice Film Festival? Cruise east to refresh – and party, says Jordana Reuben Yechiel, in this insider’s guide to the best places to shop, eat and drink your way through this luxurious yachting destination

Where to berth your luxury yacht

Kick off your Adriatic cruise in new-ish superyacht heaven Porto Montenegro. The modern and vibrant marina-side village is your last chance at up-to-date indulgence before Croatia takes you into its historic and natural world.

What to do on land in Croatia

Whether it’s soaking in the stunning architecture or soaking up the natural beauty, you’ll be spoilt for choice for things to do while chartering your luxury yacht in Croatia. Head to the Blue Grotto of Bisevo between 11am and noon and marvel at its spectacular cave and electric blue waters.

For a spot of culture, Pula Arena, constructed between 27 BC and 68AD, is a must. Once accommodating gladiator fights, it is the only remaining Roman Amphitheatre to have all four side towers completely preserved.

If you fancy honing your gastronomic skills, a culinary workshop at Villa Astra, where you can taste the celebrated local produce of Istria, is a must.

Where to have lunch in Croatia

Croatia is not short of spectacular lunchspots – and most offer views to rival the quality of their fare. Head to Antonios at Marinkovac Island, where fare is plucked fresh from the Adriatic sea. Sample the likes of octopus salad, marinated anchovies, black mussels, sea and red scorpion. Although situated on the Dalmatian Coast, family-run restaurant Zlatne koljke in Skradin is unusual in offering a range of meat dishes. Specialities include minced octopus patties and even snails. Try its extensive wine list to go with the food, another of Zlatne Skolje’s specialities.

Where to shop in Croatia

Bad packing decisions can be rectified at the Fashionista Gallery for Lanvin, Saint Laurent evening wear or the Heidi Klein boutique for all your swimwear needs. Or head to concept store Maria, which sells Celine, Givenchy, Miu Miu and La Perla.

Where to have a sundowner in Croatia

Venture out to Cavtat and admire the spectacular views of the Adriatic in style as you sip cocktails at the piano bar of Hotel Croatia. Alternatively, sip cocktails in the aptly named Top Bar on the roof of Hotel Adriana in Hvar, one of the best party destinations in the Mediterranean.

Where to have supper in Croatia

Croatia's stunning capital city of Dubrovnik is full of hidden gems. Dinner at Restaurant Nautika, considered one of the best restaurants in Croatia, is made from the freshest ingredients from the Adriatic, and frequented by royals and even the Pope. Located on the seafront, the restaurant boasts stunning views, especially during the evenings where its cosy seating and historic setting has given the restaurant a well-deserved reputation for being one of the world’s most romantic restaurants. Gils, the highest rated restaurant in Dubronvik, boasts spectacular seafood and views overlooking the old town and the marina.

Where to party in Croatia

Head to Hvar, one of the most hedonistic destinations on Croatia’s coast. Enjoy the magnificent spa facilities of Suncani Hvar before you seize the night at Carpe Diem, the famous nightclub in Hvar. As the music dies down, tender over to Veneranda for the after-party. And reserve those VIP tables.

Moor in the bay of Hvar town, up the coast from Dubrovnik. With its upmarket shopping, exclusive hotels and glittering restaurants, it’s little wonder it’s likened to a Croatian Saint-Tropez. Or head to Korcula, one of Croatia’s hidden gems. Whether it’s snorkelling, meandering through the vineyards and shady olive groves or watching traditional sword as you sample nutty cheeses fresh from the mountains, you’ll be spoilt for choice.