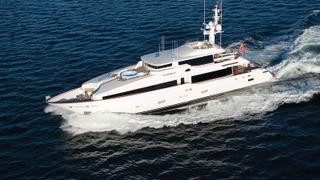 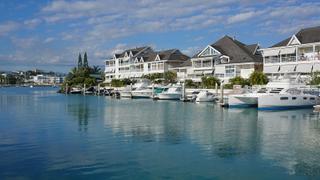 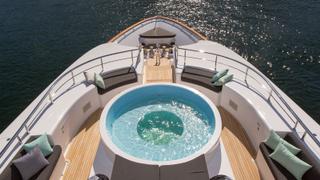 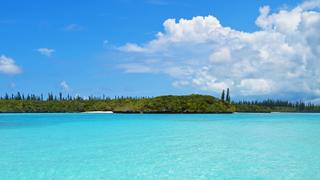 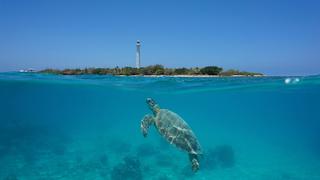 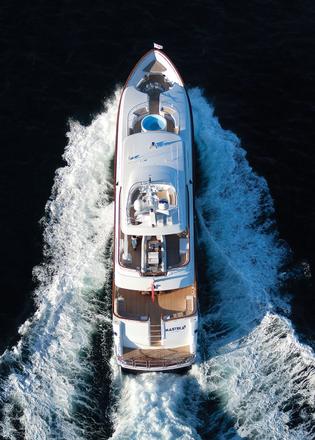 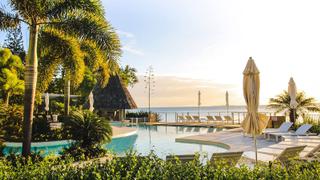 Islands of the Riviera: Exploring New Caledonia on board Masteka 2

It was Captain James Cook who, inspired by the rugged Scotland he remembered, chose New Caledonia as the name for the Pacific’s third largest island in 1774. But it is the French, who annexed the land from the British, whose unmistakable signature runs deep through parts of Nouvelle Caledonie’s prairie-like cowboy country, its serpentine tidal sands and its tropical outlook, with mangoes dripping from heavy branches and flame trees in full, dazzling bloom. Any explorer new to Nouméa’s shores now discovers, as one of my companions quipped, the real South of France.

And so, as I step onto the Masteka 2 and am handed a glass of Laurent-Perrier and a china spoon of ornately framed foie gras, I half expect to see the outline of Antibes as I look back to the capital’s unassuming marina. The 37 metre yacht dwarves her neighbours and, as the first foreign-flagged superyacht to have secured a charter licence in the territory, has the run of the quiet, wild archipelago and its growing international high-end appeal. “It’ a significant achievement,” says Jo Howard of Ocean Alliance, which manages the yacht for charter. “The awarding of the first temporary license to Masteka 2 opens up a relatively untapped charter destination in the South Pacific.”

Until now, the 2009-built superyacht has split its time between Sydney and Fiji with its Australian/Fijian crew of six neatly straddling work and home life. A multi-million dollar refit completed earlier this year sees her freshly painted with spotless decks and cream leather against cherry walnut finishes. Five cabins can sleep up to 12 people, with the elegant master suite appointed a king bed, dressing room and spa bath. The bridge deck’s eight-person Jacuzzi competes for attention with a water sports armoury that includes a diving hookah and on-water trampoline – the latter, I can safely say, looking easier to master than it is.

But it’s what’s not there that also impresses – there’s a spaciousness to Masteka 2, with open areas well separated and plenty of deck space that means that even at full capacity, life on board can be peaceful. And while she cuts an imposing figure, she is compact enough to be able to properly explore the contorting reefs and narrow inlets of the lagoon and its islands, while her accompanying 10 metre Boston whaler, Edisse, is set up for fishing and diving.

As the world’s largest, New Caledonia’s lagoon is a UNESCO World Heritage Site and has three natural passes, one of which is marked by the Amedee Island lighthouse, built in Paris and shipped to its commanding spot in 1865. Its spiralling cast iron staircase is well worth the 247 step climb for the spectacular view – from 56 metres up, we see Masteka 2 quietly guarding mottled turquoise waters and Amedee’s palm tree lined beach. Down on ground-level, we spot a large turtle, three sea snakes and a black-tipped reef shark between the islet’s jetty and lighthouse alone – and we’re only an hour or so from the city. It is the first stop for island-hopping along the 55 islands south of the Bay of Nouméa towards the picture-perfect Isle of Pines in the lagoon’s south-eastern corner.

At 10 knots, Masteka 2’s cruising speed demands about a week to explore the southern part of the lagoon, while for a trip to the Loyalty Islands, where the native Kanak culture sets the pace of life “close to paradise” as locals put it, two to three weeks is a more realistic timeframe – though it is possible to fly to all three of the Eastern Loyalty Islands from Nouméa. The beauty of the charter set up, says Captain Matt Stafford, is being set to a time, not a route. “It’s very flexible. If we get to an island and you love it, we can stay,” the Australian skipper says. “We cruise down to the lagoon proper and have beach barbecues on islands where you’d be lucky to see another boat – and seeing one other person on the beach is getting quite crowded.”

Chief stewardess Rebecca Edwards has the 400km-long main island, the Grand Terre, in her sights. “You can jump in a car, go for a drive or a hike,” she says of the mainland. “There’s rainforest in one direction and the desert in the other.”

Where there are the French, there are weekly airdrops of fine wine and fromages. Nouméa, population 100,000, has the good fortune to be served by 40 wine merchants who together can access pretty much every French wine and spirit possible. Unpasteurised Brie and other ripe cheeses are flown in while wines, foie gras, duck and the likes of Roquefort arrive by ship. Alongside mangoes, lychees, pineapples and bananas, fish and seafood are local (as are yam and sweet potato, which, firmly in the hearts of Pacific islanders are even gifted at weddings. Grapes, on the other hand, don’t stand a chance in the humidity). On board, chef Samuel Mace’s crabmeat and coconut salad is a nod to Kanak flavours beside venison carpaccio, fresh raspberry macaroons and chilled Provencale rosé. It’s an odd and strangely successful meeting of worlds – particularly, for the luxury traveller.

Masteka 2 shares strong ties with both Iroue – a natty 24.8 metre Ferretti – and the Chateau Royal Beach Resort and Spa in Nouméa's Anse Vata area, which hosts the renowned Windsurfing World Cup. My visit to this stunning spot hits the tail end of the trade winds that make the region so famous with kite- and wind-surfers.

A warm wind shakes palm trees and whips up white caps on the lagoon as scores of kites and sails skit across the view from my balcony in the hotel. With three restaurants, a beach front swimming pool area and the South Pacific’s only Aquatonic Spa – a thalassotherapy concept imported from the Thermes Marine de Saint Malo in France – the complex is an ideal launching spot for travels beyond the gently urban capital, with its Carrefour hypermarches and busy boulangeries.

It all feels far from Captain Cook’s homesick appraisal, but peel away the Frenchness, look even beyond the Melanesian and this is a land of contrast, of mountain and beach, of desert and forest. To dip into today’s New Caledonia – including its sophistication and cheerful tradition – from the bow of the Masteka 2 is adventure and luxury, rolled into one.