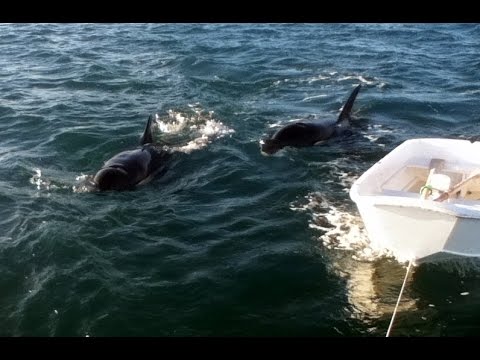 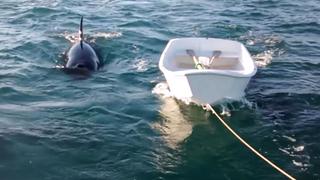 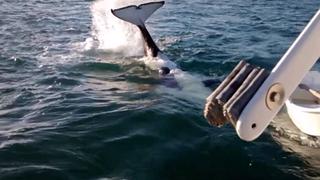 Amazing new footage has emerged of a pod of killer whales playing with a yacht in New Zealand, which has just celebrated a record number of visiting superyachts last season.

A local resident off Kawau Bay, Auckland earlier this month, captured the video.

“We met this pod of Orca while sailing just off Snells Beach,” said Alexis Waterhouse.

“They stayed with us for at least half an hour. We were so excited, as you can tell from the ridiculous audio, but I think they were just as excited - and having just as much fun - as we were.”

The group were about a mile from the beach on a 32ft yacht when they first spotted the Ocra.

“The orca got closer and closer to us. It seemed like they were encouraged by all our excitement,” the filmer later wrote online.

“They loved playing with the dinghy being towed at the back. They would hover at the back of the boat, open their mouths and ‘feel’ the self-steering rudder at the back – it was like they were trying to figure out what it was.

“They would roll on their sides and look up at us as we waved and hollered in excitement from the boat. When the large female turned onto her back and started tail slapping it was incredible.

"The large male and calf that you see in one of the clips stayed away from us most of the time. It is highly possible that the male was teaching the calf how to hunt.”

Charter a superyacht in New Zealand