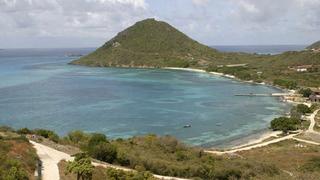 The 32-island chain that makes up St Vincent and the Grenadines is the ‘least touristy’ in the Caribbean. Extending for 45 miles, these mountainous isles combine with low-lying cays to offer a get-away-from-it-all atmosphere and virtual lack of major development.

Island-hopping is easy here and, rather than the hubbub of a marina, you can spend your nights peacefully at anchor under a canopy of stars.

Settled originally by the Ciboney and Arawak tribes, the islands were populated in 1675 by African slaves who survived a Dutch shipwreck. They were welcomed by the Caribs, who had inhabited the region since the time of Columbus’ first voyage.

St Vincent and the Grenadines won their independence from the UK in 1979, but remain within the British Commonwealth. The official language in the area is English – with a definite Caribbean lilt.

The largest island in the chain, St Vincent, offers picturesque black-sand beaches, as well as great diving and snorkelling. The north end of the island is dominated by La Soufrière, an active volcano, which last erupted in 1979.

For utter exclusivity there is the private island of Mustique with its numerous villas set in 1,400 acres of lush hills and pristine beaches. Reef-encompassed Canouan, Carib for 'island of turtles', covers only three square miles but is home to three resorts, an 18-par golf course, and a village with a handful of bars and restaurants.