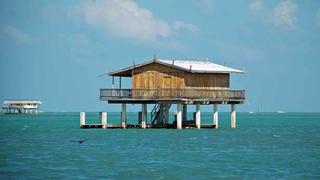 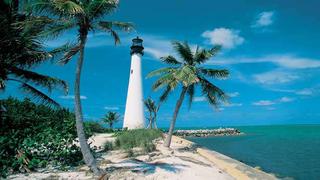 Miami is the ideal place for yachtsmen to enjoy their passion. Surrounded by water: The Atlantic Ocean, Intracoastal Waterway, and Biscayne Bay all make a distinctive mark on the citys landscape. Thanks to the areas temperate climate  its a pastime that can be enjoyed year through.

Its no wonder Miami is intrinsically tied to its waterways, which provide the city with some of its most memorable iconography. Stiltsville is an iconic venue; not merely is it set on the water, this area of unusual homes was built out over the water on the sandbar in Biscayne Bay in the 1930s. Sadly, many of the homes were destroyed in Hurricane Andrew in 1992, and tough environmental laws forbid them from being rebuilt or updated, but those that remain are regarded as historical landmarks and exist today as private yacht clubs or even specialty rentals.

Nearby, on the tip of Key Biscayne, is another of the Miamis most-photographed landmarks, the Cape Florida Lighthouse  built in 1846, it is the oldest structure in Dade County. Spy the lighthouse from the water, or go ashore to visit Bill Baggs Cape Florida State Park and its picturesque beach. Take a tour of the lighthouse, climbing all 119 iron stairs to the top for a panoramic view of Key Biscayne and the surrounding bay.

Off the water, the Magic City is a melting pot of cultures and a collection of styles, which is exemplified in its distinct neighbourhoods. The Design District is the place to experience Miamis art scene  the hip, up-and-coming area is chock full of galleries, artsy furniture shops and unique neighbourhood restaurants. Art and culture lovers will want to make a beeline for the Wynwood design district, especially on the second Saturday of each month when the Wynwood Art Walk welcomes visitors with late-night galleries open for perusal, live music, and a parade of gourmet food trucks. Many give credit to Art Basel, the annual international art event taking over Miami the first weekend in December ever year, to revitalizing Miamis art scene as it is today.

The sports arena also gets a waterfront seat. The American Airlines arena, home to the 2011 NBA Champions the Miami Heat, sits right on Biscayne Bay in downtown Miami. Get tickets to an action-packed basketball game, or see what superstar musician might be in town. Right around the corner is Miamis new Adrienne Arsht Center, modeled after the Sydney Opera House, where you can see Broadway musicals, symphonies and the biggest touring comedians.

South of downtown, high-rise-packed Brickell is the banking and business epicentre, which overlooks the bay. It comes alive at night. On the other side the eclectic Coconut Grove is laid back with grand banyan trees lining its streets, shading the outdoor cafés, with Biscayne Bay in its backyard. The Grove is a yachtsmens haven, its waterfront crowded with yacht clubs, sailing clubs and marinas.

South Beach is perhaps Miamis best-known neighbourhood. While this trendsetting enclave continues to reinvent itself, it also pays homage to its historic past  the 800 buildings in South Beachs Art Deco District represent the largest collection of art deco architecture in the world. South Beach is known as Miamis nightlife district, but its also home to some of the best restaurants in the city, the most interesting hotels, excellent people watching  just sit out at any café on the pedestrian-friendly Lincoln Roard  and certainly the best-known stretch of sand. And proving that the beach, as locals call it, is not a cultural wasteland, the New World Symphony, designed by Frank Gehry, opened here in 2011, bringing beautiful music and highbrow events.

Perhaps the greatest trait of this city is that it has something for every taste, whether on or off the water. See our Miami guide sections for everything else that this city has to offer.