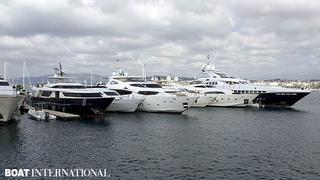 In September 2011 I reported that Reed Expositions was planning a new International Brokerage Show in Cannes from 19th-22nd April 2012 and now I learn it's been postponed until 2013.

The show was to be held at Port Pierre Canto with the aim of hosting about 100 boats from 18 to 70 metres and up. The organisers were hoping for 10,000 to 15,000 visitors who have very elevated purchasing power – all Ultra High Net Worth Individuals.

Reading between the lines of the release sent out by the company's spin doctor, it seems that, in today's economic climate, there simply wasn't enough interest from brokers. So now it's safe to put away your wallets again.