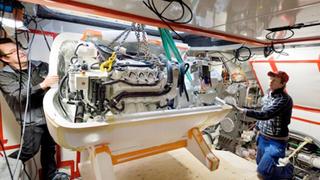 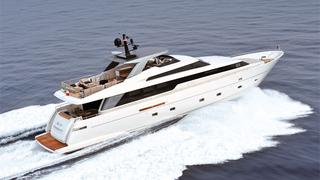 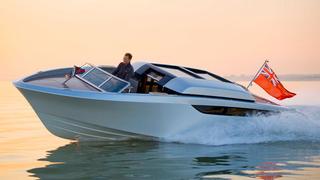 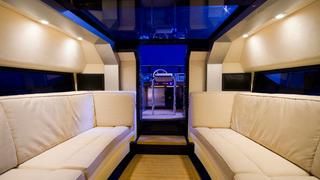 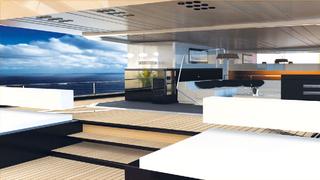 Honouring the creative talents of the superyacht industry, the ShowBoats Design Awards are presented to the best designs seen in the superyacht launches of the previous year – in this case 2011. Architects, designers, stylists, craftsmen and innovators are all recognised.

Here we present the winners of golden Neptunes in the categories of design and technology, environmental protection, tender design and the Young Designer of the Year.

Of the three excellent entries submitted, the judges were immediately drawn to the technology encapsulated in the hydraulic-powered propulsion system in the sailing yacht Hetairos, a high-performance schooner built by Baltic Yachts for a German client. The yacht’s diesel-electric system demanded the design of to 360° rotating thrusters which, to leave a clean hull profile, retract into watertight boxes that are pumped dry to avoid carrying the weight of water within them. These units are set farther forward than usual in the hull to enable finger-tip manoeuvring in combination with a retractable bow thruster. Four high-revving diesel engines provide the power for these as well as the yacht’s deck gear and household power, all incorporated into a single, seamless package.

Environmental Protection Award (sponsored by RINA) – for MY SL94

Adjudicated by the Boat International Media jury with expert advice from RINA, this award is presented to a yacht whose owners and designers have invested in equipment, design solutions and operational procedures that provide environmental performance above and beyond that made mandatory by international laws.

Sanlorenzo Yachts is awarded this Neptune because of its Technical Department’s work developing environmentally aware systems for the SL94 motor yacht that exceed the requirements of RINA’s Green Classification.

The jury were impressed by the use of electronic probes to monitor and prevent oil spillage, and electric actuators to prevent hydraulic oil leakage from the steering systems. Sewage treatment on board is carried out by an IMO-approved Hamann Super-Mini plant, while fuel usage and tank levels for the MTU 16V2000M84 main engines and the pair of ONAN 40kw gensets are continually monitored from the wheelhouse. Three other key points that the judges noted are that the air-conditioning plant is optimised with an 180,000BTU chiller; that low consumption lamps are used throughout; and that the chosen anti-fouling paint is the Intersleek 970, classified as TBT-free by Lloyd’s Register. With regard to the wider construction of the yacht, the fibreglass hull is moulded using low-emission vacuum infusion techniques.

Aesthetics, passenger comfort and technical aspects were the judges’ focus when deliberating over this award. TT Vertigo, TT Tango and Vaudrey-Miller’s Limo Tender were all considered, after two entries were deemed ineligible to compete as nominated tenders have to be embarked upon a superyacht. TT Tango emerged the clear winner as a result of her sleek aesthetics and high standard of engineering. The craft has been much admired for her subtle resemblance to her mothership and the extreme comfort and first-class standard of construction that comes with it.

The judges were impressed by the particularly high standard of this year’s entrants, who had been set the challenge of converting a former 50m survey vessel into a yacht of ‘cutting edge design’. The winner was ReSeadence 50, by Benjamin Toth, from Vienna, Austria. His solution was considered to show sympathy to the original vessel while incorporating novel design features within its avant-garde appearance. The judges especially liked the beach club facility located on the well deck.

A Judges’ Special Commendation went to Jim Sluijter, from the Netherlands for his entry Project Summer, which the judges felt was particularly well conceived in its arrangement and drawing.