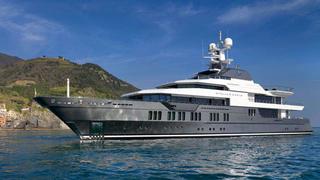 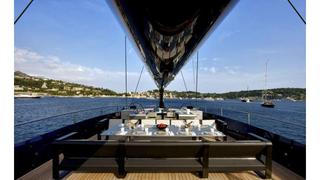 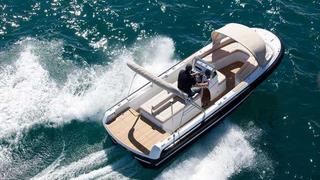 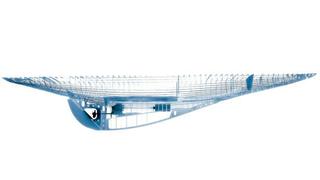 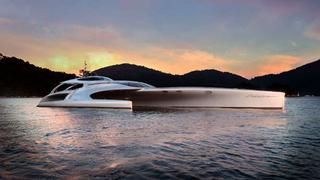 The 2013 ShowBoats Design Awards recognise the best in superyacht design – and that not only means the superyachts delivered in 2012 but the technology, people, innovative thinking that support their creation – and the products and tenders that support their use. This includes encouraging up-and-coming design talent with our Young Design of the Year Award and the honouring design icons with our Lifetime Achievement Award – and celebrating forward thinking in environmentally friendly and holistic build and design. Here we present the award winners in the realm of design trends, technology and innovation.

The Environmental Protection Award is sponsored by RINA, the first classification society to encourage designers and yacht owners to minimize noxious emissions of all types from their yachts. The award is open to all yachts of over 30 meters delivered in the qualifying year with the winner decided by RINA in collaboration with Boat International Media.

From the three finalists, the jury focused their attentions on the RINA 2012 Green Star Award-winner, Better Place, and RINA Green Plus Yacht Award-winner, 72.1m VSY superyacht Stella Maris. After much deliberation, Better Place was commended by the judges for her environmental efforts; that her main means of propulsion is sail was highly praised, however, Stella Maris was declared the winner. Qualities of particular merit were her technologically advanced systems that reduce environmental impact, especially the sewage treatment plant, double soot scrubbers on all engines, well-implemented procedures and ecological awareness of the crew and new and advanced solutions such as the dynamic positioning system to avoid anchor damage to the seabed. The judges also commended the careful selection of materials used in her build, which are in many cases recyclable.

This is a new category introduced to reward those designers — and by extension those owners — who sought to create a singular design theme with their yacht. As they grappled for common ground on the nuances of selection, the judges chose to throw out some of the sub-categories of their score sheets and focus on one judge’s analysis: ‘If you started off inside the yacht and then went outside, you would not be surprised at how the exterior looks. Some boats give you a shock.’ Agreeing on this principle, and relating to the function of the yacht, the judges quickly honed in on two sailing yachts, Better Place and Kamaxitha. Better Place intrigued them because it is contemporary ‘through and through’ and Kamaxitha they liked for ‘attention to period details.’ When analyzing the function of the yacht, the judges gave the nod to Wally’s 50.5m Better Place for creating the most consistent design character.

Six vessels were submitted for judging in this category, which first went to a special sub-committee for review. Competition rules specify that the tenders must actually be in service at the time of submission, rather than a future design. With that in mind, four submissions were examined as to their aesthetics, passenger comfort, serviceability and technical aspects. The judges were impressed with the way Loretta Anne’s tender team exceeded the client’s wish list with a pair of 6.2m boats that carry up to nine guests and two crew and can be also rigged to fish. The recessable spray hood and folding consoles are clever features, while the Volvo stern drive saved considerable weight.

This power solution, developed to meet the power and space needs of the modern J-Class project, Rainbow _(JH2), was the unanimous choice of the judging panel. Meeting multiple objectives of low weight, electric propulsion and significant energy storage for a yacht in both racing and cruising modes, the keystone of this package is a variable speed generator with efficiency over a wide range of its DC performance curve and an efficient DC grid with localized AC converters, eliminating the large main switchboard. Power is supplied in four ways: a 50kW generator, a permanent magnet unit driven by the main engine, a magnet driven off the rotating shaft when the boat is sailing and shore power. Silent operation at anchor is possible for up to eight hours, thanks to two banks of 40kW Li-ion battery packs. Not only can the genset charge the batteries, but the batteries can assist the DC grid in meeting spike demand loads. Under sail at nine to 10 knots, the system produces 15kW of regenerative power through the shaft system alone, enough to run the systems and charge batteries. This system is 40 per cent lighter than a standard genset concept and has reduced Rainbow_’s fuel consumption by 35 per cent, based on a six-month analysis.

Newcomer of the Year Award – sponsored by Chiurazzi

John Shuttleworth’s name is not unknown in naval architecture circles, so it can be forgiven if the judges at first thought his entry in this category was a mistake. While this British multihull specialist has many small cruising catamarans, the 80-foot racing cat Novanet and a number of famous, record-setting racing trimarans to his credit, it seems he had just not gotten around to designing luxury yachts beyond 30m — until 42.5m Adastra _that is. Shuttleworth’s attention to aerodynamic efficiency and engineering gave rise to a method he calls ‘Integrated Structure.’ This has resulted in boats that are lighter, stiffer and stronger than previous multihull designs. He and his team more recently turned this approach to high-tech motor yachts, _Adastra being the largest to date. Even in cruising mode, this innovative trimaran burns just 25 liters/hour and has a 10,000-nm range at 10.5 knots. Shuttleworth says he is convinced that this type of efficient, environmentally friendly boat is the future of power multihulls.

Young Designer of the Year Award – sponsored by Oceanco

The judges were delighted with the size of this year’s entry, with 40 students, or newly graduated designers, submitting their work, which was of a universally high standard. Because of this, the judges found that choosing the winner, in itself, posed a particularly difficult problem. Those candidates who avoided the obvious pitfall of ‘not reading the question thoroughly before answering it’ tended to fall into two groups, those who dwelt heavily on the interior layout and interior design, and those who concentrated on the exterior design. The high scorers submitted a more balanced entry. The judges could find no glaringly obvious winner, but a careful scrutiny of the five entries that were identified as worthy finalists brought Stefano Inglese, a student at Roma Tre University in Rome, to the fore. The judges considered that his design fitted the parameters detailed in the set task—particularly in the exterior design of his yacht—which met the hypothetical owner’s love of ‘masculine and stylishly edgy’ design, while the interior layout also fulfilled the client’s many demands.

The Lifetime Achievement Award has been presented to John Munford.