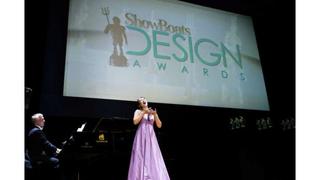 The winners of the ShowBoats Design Awards 2013, recognising the creative talents behind the finest superyachts delivered in the previous year, were announced in Monaco this past week.

The ShowBoats Design Awards entered into a new tradition this year by honouring an industry great with the Lifetime Achievement Award. This went to John Munford, who was introduced in a moving speech by his one time employee Adam Lay. Of winning the Lifetime Achievement Award, Munford says, 'It's emotional - particularly delivered by Adam Lay, a surrogate son to me in the yachting industry. Adam mentioned I was accused of not being able to speak in a few languages – I can draw in any language. And the advantage of being able to draw in any language is that ability to lend the pencil to the client and they become involved in the process.'

The night saw some yachts and their designers taking home prizes in multiple categories. This included the brain's behind the modern trimaran Adastra, with John and Orion Shuttleworth accepting prizes in the categories of Naval Architecture - motor yachts, a judges' commendation in Exterior Design & Styling Award – displacement motor yachts 30-59.99m and the newcomer of the year award for their first foray into superyacht design.

The full list of winners in the categories ranging from exterior design to naval architecture to interior layout and on to technology, environmental protection and young designer of year have been announced. Find the winners and more information on their winning designs and the judges' rationale here: