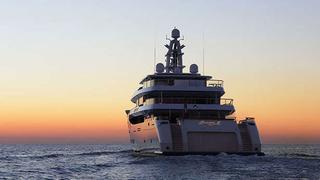 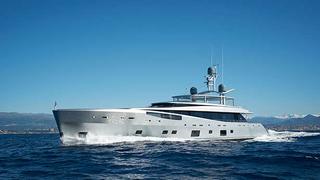 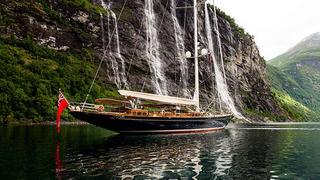 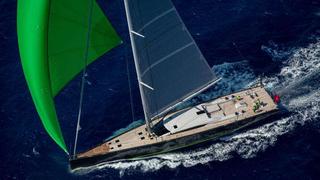 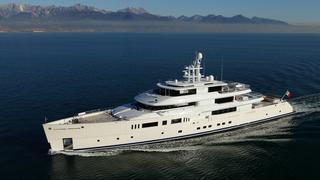 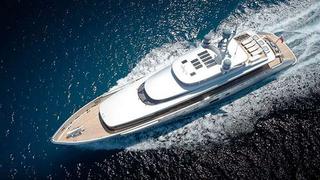 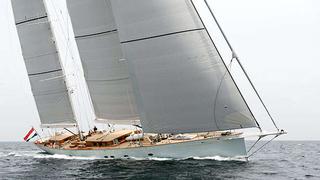 First impressions count for a lot, as any exterior designer can tell you, but all the good looks in the world won’t matter if there isn’t proper naval architecture to back up a striking superyacht design. The ShowBoats Design Awards 2015 award both the exterior design and styling of the finest yachts launched in the previous year, and the proficient naval architecture, which give them sea legs.

Thirty-seven meters separated the largest and smallest yachts in this category, and an equal number of years of experience separates some of the designers, too. Interestingly, two of the finalists were designed in house by their builders. After noting yachts with a powerful presence, some that were innovative and some that were classic or timeless, the judges focused in on proportion, continuity of style from multiple angles and integration of the exterior decks with interior functions. In this category they also felt the paint schemes were integral to the appearance and balance of the yacht. Although one judge commented she looked like an elegant warship, judges’ scores confirmed that Grace E by Philippe Briand for Vitruvius was their favorite based on visual impact, seagoing functionality of exterior spaces, practicality and appeal of deck areas and innovation.

By far the largest category with 21 entries and 10 finalists, there were both tri-decks and flying bridge types to be considered, and while many were racy-looking and a few were quite fast, most of them focused more on outdoor living areas than pure speed. The judges offered highlights and drawbacks of each contender but with only one yacht did they say there were no failures—no flaws—in the beauty or in the working layout of the exterior decks. That yacht was the 46.2 meter Como, with naval architecture and exterior styling by Dubois Naval Architects. Not only did the judges laud the shapes and colour scheme, they also found it to be the most innovative of the entries.

While there could be no argument that Wisp is a real looker, visual impact accounts for less than 50 per cent of a yacht’s marks in this category. Digging into the details, the judges recognised the subtle differences made by naval architect Andre Hoek from a traditional replica to meet this brief: a spoon bow for a softer ride, wider beam for less heel, owner’s deck lounge and an extra crew cockpit forward. The safety of the sailing cockpit and the practicality of the deck layout was matched by innovative storage and a pleasant water access solution. The level of details from solid stainless steel lifelines to the marquetry of the boom crutch and the deck lighting showed excellent collaboration of the design and build teams and thorough understanding of graceful design and seagoing functionality.

There was originally a single category for all sailing yachts, but the field was diverse in classic versus contemporary design and also in size. When a long discussion turned into an absolute deadlock, the chairman exercised his option of dividing the category by size and restarting the deliberations. The winner of this smaller yacht category was designed by naval architect Javier Jaudenes to create a balance between the needs for racing and cruising. Fully 35 hulls, three keels, 20 keel bulbs and three sail plans were run through computer simulations for performance while 3D modeling and rapid prototyping were used to shape the aesthetic decisions. The aft crew entrance, single level cockpit and helm consoles were well received by the judges for maximizing functionality while keeping the spaces open. In the end, as her name suggests, it was a WinWin proposition.

Entrants for the naval architecture categories submit a great deal of technical information—numbers that are crunched by trained naval architects and vetted before sharing the top contenders with the judges. Their analysis was that Grace E was the clear winner, her naval architect Philippe Briand having used both CFD and tank testing to optimise the hull shapes and dimensions and rotating electric drive units. The package delivers a yacht that is 50 percent more fuel efficient than her nearest competitor, not to mention very quiet with the external ABB drive units. Decreased fuel consumption is one of the reasons _Grace E _is well along the path to greener yachting. The judges also appreciated how a well-developed dynamic positioning system allows her to avoid anchoring in sensitive areas.

After commenting that this category is one where good naval architecture is often the victim of overzealous accommodation, the subcommittee also shared with the rest of the judges that some projects seemed to approach speed only through adding more horsepower. The numbers for Como, however, told a different story of optimization not only for efficiency but also for seakeeping. The judges applauded the yacht’s displacement to length ratio and noted that in analyzing video, _Como _runs with very little wake, even in tight turning circles. The project was also given the benefit of CFD studies and tank testing to among other things make sure the stem shape would not create an overly wet boat. It is interesting and perhaps not entirely surprising to note that the award-winning naval architects in both motor yacht categories this year are primarily known for designing sailing yachts.

This category fielded both racers and cruisers and the analysis showed that even cruising yachts can be designed as powerful, fast sailing machines, such as in the case of 500-ton Mondango 3, which can sail at 15 knots, and that racer-cruisers like WinWin can show the ability for quick acceleration in an aesthetic package. The top marks, however, went to_ Elfje_ whose naval architect, Andre Hoek, married the look of an old-fashioned pilot cutter above the waterline with a modern underbody not much different from a flat-out racer for an experienced owner whose prime directive was to painstakingly research the design permutations to exploit the speed potential of a comfortable, long-range sailing yacht.