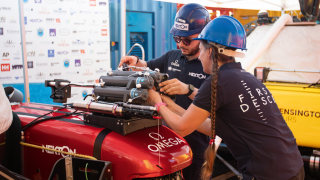 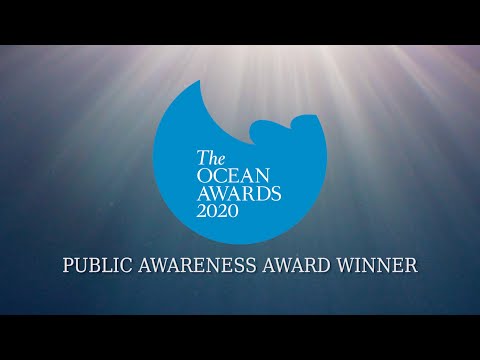 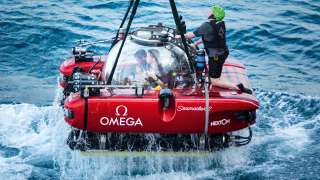 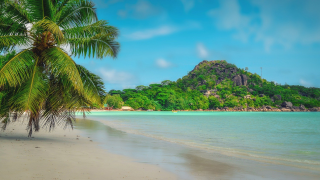 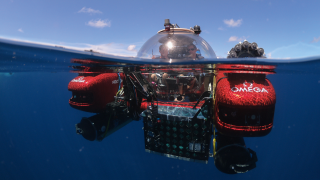 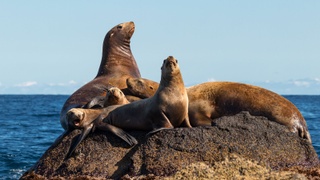 The Public Awareness Award recognises those who have advanced marine conservation objectives throughout the year. At the 2020 Ocean Awards, Research charity Nekton, which plans to protect 30 per cent of the Indian Ocean’s waters by 2030, was honoured. Watch the video and read on below to discover how they plan to protect the most at-risk areas of our oceans.

Last year the president of Seychelles, Danny Faure, made history when he delivered a speech broadcast live from a depth of 124 metres. Speaking from a submersible, he talked of the “incredible wildlife” he was witnessing and called urgently for “stronger protection of the beating blue heart of our planet”. He said it is an “issue bigger than all of us, and we cannot wait for the next generation to solve it. We are running out of excuses… and running out of time.” The address caught the attention of the world’s media.

President Faure’s ability to make a speech from such a place was largely thanks to Nekton, a not-for-profit UK-based research foundation that works in collaboration with the University of Oxford and its First Descent: Indian Ocean 2019-2022 project. The project’s goal is for 30 per cent of the Indian Ocean’s waters, which include some of the planet’s least-researched and most at-risk areas, to be protected by 2030.

The project’s particular focus is the seabed – 26 million square metres of which it has mapped – and waters and reef habitats deeper than 30 metres (scuba depth), about which little is known. “Our ocean is undergoing rapid ecological transformation by human activities,” said Ocean Awards judge Professor Callum Roberts of York University (Roberts is also a Nekton trustee and so absented himself from this vote). “Having overfished the majority of the surface waters, we are now gaining the industrial capacity to empty the bathyal zone [the waters that extend from a depth of 1,000 to 4,000 metres] before we discover what’s there. We face a race for the deep.”

As a pioneer in optical transmission technology from submersibles (among the 40 organisations to contribute to the project is Sonardyne, a provider of underwater acoustic, inertial, optical and sonar technology), Nekton was also able to broadcast nine hours of undersea footage that was watched by 110 million people in 127 countries.

The foundation’s principal objective is research. Since the Seychelles expedition began – involving 48 scientists from 14 countries – it has taken 1,200 biological samples (some of them entirely new discoveries), deployed 21 research technologies, six of them new innovations, and covered 2,300 nautical miles over 50 days. The resulting data, which is accessible to all, has been shared by teachers across the region, and led to the involvement of 600,000 young people from 16 countries.

As a result, the Seychelles has become a beacon for ocean conversation. Next, Nekton’s First Descent expeditionary focus will shift to the Maldives, pending a temporary postponement of activities due to precautions surrounding the Covid-19 coronavirus.

Stretching from Kalbarri in Western Australia’s Indian Ocean coast to Brisbane on the Pacific, by way of the Great Australian Bight and entire southern seaboard, the Great Southern Reef is a system of near-pristine cold-water reefs covering an area of 71,000 square kilometres.

The vast habitat is home to carbon-capturing kelp forests, humpback and southern right whales that migrate from Antarctica to give birth and hundreds of unique species of marine animal, including leafy seadragons, giant cuttlefish and Australian sea lions. However, despite the fact that 16 million Australians live within 50 kilometres of the reef, very little is known about it.

Sahira Bell, a marine scientist at the Balu Blue Foundation, has set about trying to change this with the belief that “people protect what they love, and love what they understand”. As a result, she has made the Great Southern Reef the subject of the PhD she is working on at the University of Western Australia’s Oceans Institute and is determined to “help everyone recognise the reef’s importance and to understand what a special place we have here”.

In 2019, Bell and Balu Blue saw their efforts recognised when it was given Hope Spot status by Mission Blue, part of the Sylvia Earle Alliance.“Temperate reefs are so under-studied and under-acknowledged,” she says. “This Hope Spot will be monumental in proving to the world that there’s a whole other side to marine environments that aren’t coral reefs but are just as spectacular.”