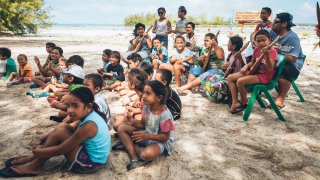 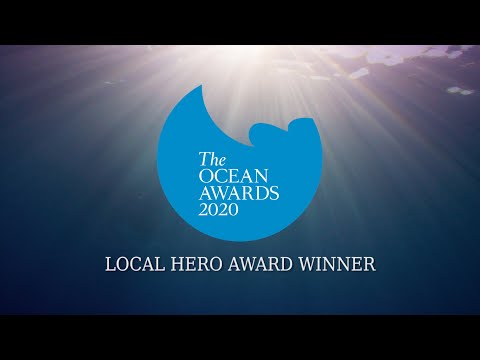 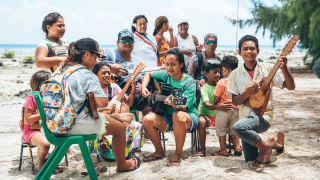 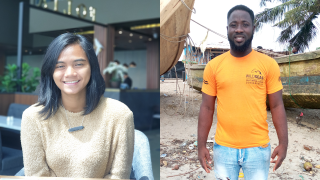 At the Ocean Awards, The Local Hero Award recognises the individual or community group that has had the most positive impact on their local marine environment within the last year. Read on to discover why pupils at Tavahiroa Primary School in French Polynesia were recognised as this year's local heroes...

The only school on the remote atoll of Anaa in French Polynesia’s Tuamotu archipelago is Tavahiroa Primary School for children aged up to 10 years, after which they must travel to the main island, Papeete, or France. Led by its head teacher, Jean-Pierre Beaury, its pupils are learning about marine conservation, and working to protect the dwindling stocks of bonefish that the island’s population of 800 has long subsisted on.

Their solution has been to reimpose a rahui, an ancient Polynesian prohibition, in this instance of fishing during the spawning season from March to May, that had not been invoked for 150 years. Initially the islanders were resistant, but in conjunction with British charity The Island Initiative, the children persuaded 297 people to sign their petition.

This led to the setting up of an Educational Managed Marine Area, a two-kilometre zone between the lagoon and the ocean to which the fish migrate to spawn. In March 2019, commercial fishing was banned during the spawning season for three years. Instead – not least to keep the local fisherman on side – some licensed catch-and-release fishing is now permitted in order to draw tourists, the income from which will then be used to compensate the fisherman for their loss of earnings.

As Tahitian-born Hinano Bagnis, a trustee of the Island Initiative, puts it: “Those kids understood before anybody else that we needed to take some action.” A sentiment shared by Alex Filous, the marine biologist who worked on the project: “The fact that it was the kids’ initiative was fantastic. And I credit not only the kids, but the people who raised them.”

Of course, the runners up for this category of the Ocean Awards contributed plenty to ocean conservation as well this year. Fellow Local Hero nominees included Swietenia Puspa Lestari, who has been helping rid Indonesian waters of plastic, as well as rescuer of Ghanian turtles Eric Quayson and Veta Wade, who has been educating Caribbean children on marine life. Altogether, this group of individuals have lead inspiring efforts to protect our oceans over the past year.