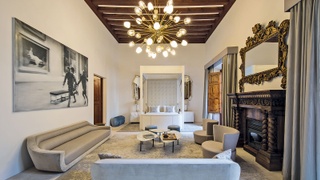 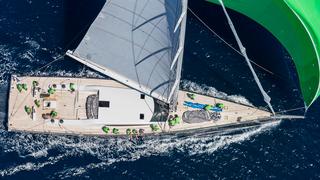 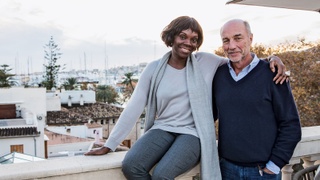 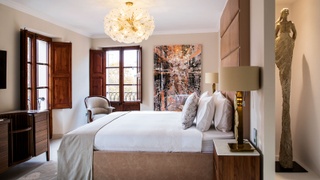 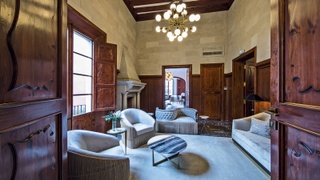 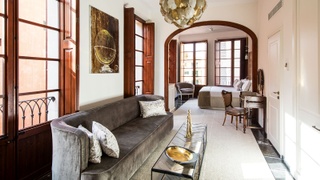 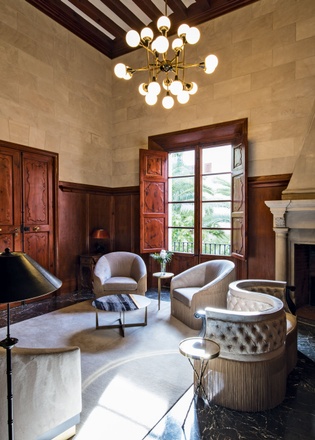 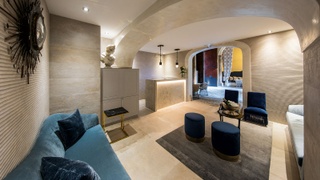 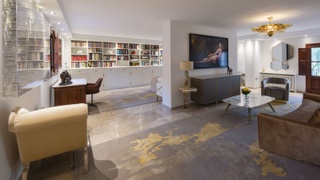 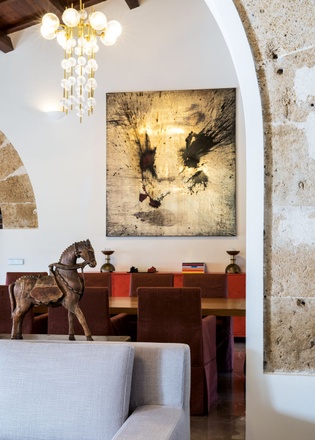 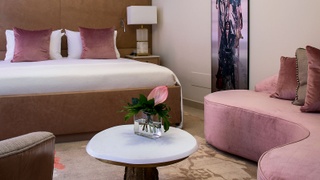 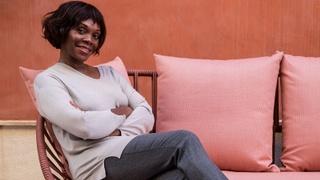 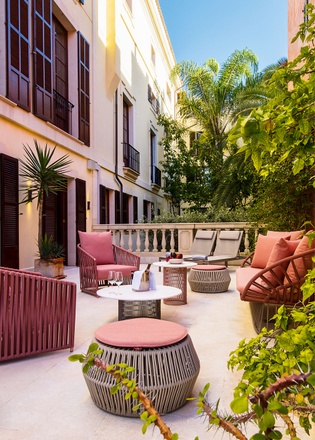 It was sailing, not property, that first brought Kim Schindelhauer, owner of the 33-metre Baltic racing yacht WinWin, to Palma de Mallorca more than 20 years ago. “I wanted to move the boat from the Côte d’Azur, and I was looking for somewhere with better sailing conditions and direct flights from Germany,” he explains. “Back then, there was really no money put into the old buildings in Palma – lots of them looked very rough from the outside. So when I was sitting having a drink at the Plaza de la Drassana, and someone mentioned that the building just in front of us was for sale, I just said ‘No, I don’t want it.’”

And yet, being in a unique location – in the historic heart of Palma, just 100 metres from the water – Schindelhauer’s nose for a promising investment got the better of him. It wasn’t long before he was putting an offer to the Marques family, who had owned the palacio for 150 years, and embarking on a daunting restoration project that lasted more than seven years.

“I like special properties, and the challenges that come with them,” he explains. “I knew that work needed doing, but even I didn’t expect how much – we did everything, inside and out. New electrics, new plumbing, turning the 50 individual apartments on the top floor that had been used for servants’ accommodation back into the big rooms that now make up the 400-square-metre Presidential suite – we even took the whole roof off.”

Built in the second half of the 18th century, the property has A2 historical status with the local authority thanks to its distinctive symmetrical entrance hall and staircase, meaning that it is second in historic significance only to the imposing Gothic cathedral that can be seen from the palacio’s rooftop terrace. For some years, Schindelhauer resided in only the ground floor and the penthouse apartment, while building work continued. “We had some great parties here,” he says, “but as a private residence, it was just too big.”

Enter Aline Matsika, an interior designer who has studios in both Paris and New York, and who first met Schindelhauer on holiday in St Barths. Over the two-week period, Schindelhauer persuaded Matsika to take on his Hamburg home as a project. “And also,” she laughs, “he asked me to be his girlfriend.” Their professional and personal relationship duly flourished, and after several years of gentle suggestion by Matsika, Schindelhauer finally agreed to turn the semi-renovated palacio into a boutique hotel. But where to begin?

“My starting point was what was here already,” explains Matsika. “I kept whatever I could – so with the incredible old pine doors that were throughout the building, for example, we kept the original door on the outside, and added a duplicate panel inside the room to make sure they were strong and well insulated. In the Riad suite, the fireplace had a really Moroccan feel, so that was the inspiration there, and in the Romance suite there was a beautiful stone floor, so it was about how to tile the wall, and then find furniture and furnishings in a colour palette to match.”

Taking the bare bones of the 13 suites in the building as a jumping-off point, Matsika then began to create bespoke pieces to fill the enormous space. Every distinctive chandelier was designed by her, based on mid-century designs found online and then custom made in Murano. The rugs, meanwhile, were designed by Matsika with the support of a company in New York, a family business from Nepal whose founders were originally refugees from Tibet. “It was a big surprise for me when everything suddenly came together,” says Schindelhauer. “I’d seen little bits of fabric and pieces of carpet, but until then I just couldn’t picture it."

The beige lounge (top and right) serves the right wing of the palacio and connects the suites. If guests require a combination of suites, this lounge – and another on the other side – can be made private.

“I thought of the project like a big mansion,” explains Matsika, “with Kim as the host and the visitors as his friends, so I made every single room very different. Kim is a sailor – he travels all over the world – and he was bringing his home into this period of hospitality.”

In terms of global influences, the palacio is a veritable melting pot, with furniture, artworks and trinkets from every corner of the globe. Several pieces came from Matsika’s French-African antiques store, Concept Ethnique – an old Dogon tobacco container from Mali, a bronze lfe head from Benin, a wooden fang head from Gabon, and a Bobo mask from Burkina Faso, to name a few. Then there are pieces from the flea market in Paris, bespoke beds and nightstands from Germany, objets from Portugal and Belgium and artworks, mostly sourced at Art Basel in Miami or galleries in New York and Palma.

The reception (top), the Eden suite (bottom), and the Riad suite (right)

It feels, at times, like a grand museum, with its high ceilings, historic details and curiosities in every corner – except at this museum, you can buy anything you see, either by ordering a duplicate of something in your room, buying an individual piece off the shelf or wall or by visiting the hotel’s on-site boutique. And that impulse purchase is all the more likely, after a couple of glasses from the hotel’s champagne bar, which is set in the historic patio, or a boozy lunch at the on-site restaurant, which serves delicate French-Mediterranean dishes and is also open to the public.

“It has good vibes, this building,” says Schindelhauer. “It’s a place of tranquillity in the centre of this crazy old town, and I’ve always felt very comfortable here.” Matsika feels this is, in part, down to the design. “I’ve tried to bring the colours that you can see outside in, and there’s a graduation of palette that feels very smooth,” she says.

There is something undeniably calming about the hotel’s small terrace and garden, a peaceful space that’s nestled in the very heart of the building, and feels miles away from the hustle and bustle of Palma.

Yacht lovers won’t be disappointed by the view either. Take a trip to the Riad penthouse suite and you’ll find a small bedroom in a tower that many say feels like being on a boat. And there’s an incredible view out over the yachts in the harbour – a hangover from the 18th century, when wealthy owners needed to be able to see their boats coming in and out of port. Guests can also pre-arrange to head out on the owner’s 33-metre yacht. And for Schindelhauer, given the choice between a day at the palacio or a day’s sailing, there’s no contest: “Racing on WinWin.”

All images courtesy of Stuart Pearce.

5 things to know about buying property in Mallorca

Interiors inspiration: Inside the restoration of the Ten Trinity Square members club