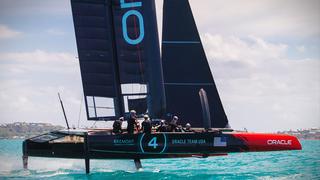 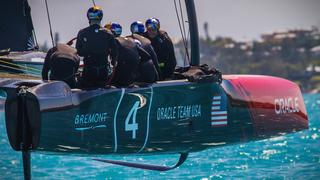 Fine watchmaker Bremont has been confirmed as this year’s official time partner for both the America’s Cup and defending champions Oracle Team USA. The brand is the first British company to sponsor the race since the first America’s Cup took place in 1851.

Founded by Nick and Giles English in 2002, the Bremont brand has always had a strong connection with sailing. As children, the brothers lived on board a sailing boat built by their father and it was his knowledge of aviation, yacht building and clock mechanisms that inspired them to start the company. Giles’ training as naval architect has seen Bremont build an impressive track record with special maritime projects, including the creation of the Bremont Victory, a limited edition timepiece built from copper and wood from HMS Victory, the world’s only surviving 18th century warship.

“Nick and I grew up with both flying and sailing in our blood, so it’s a dream-come-true that Bremont has the opportunity to support and promote the amazing story of this world famous race, the America’s Cup,” said Giles. “We are honoured to be involved in this prestigious event with such historical importance.”

“Everything is down to the split second now with the boats,” continued Jimmy Spithill, Oracle Team USA skipper. “Timing is the number one key piece of information for starting and everything else, so it is particularly pertinent that we have partnered up with Bremont. Ultimately I really see this partnership as a competitive advantage. We’ve aligned ourselves with a company that has a lot of experience in aviation, and timing for them is everything too.”

One of the most prestigious events in the international yachting calendar, the 35th America’s Cup World Series will kick off in Portsmouth, UK in July, followed by the America’s Cup Qualifiers and Play-Offs, before finishing up in Bermuda in 2017. There are six teams scheduled to take part in the 35th Cup, including new entrants Team Japan and British hopefuls Ben Ainslie Racing.