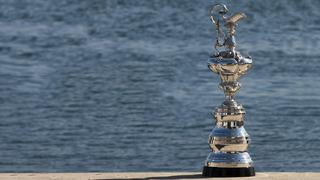 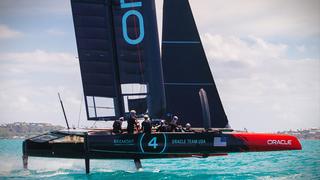 As the official timing partner of the America’s Cup and sponsor of defending champions Oracle Team USA, fine watchmaker Bremont will be celebrating the opening of its New York boutique by exhibiting the America’s Cup trophy.

The Auld Mug, as it affectionately known, is famous for being the oldest sporting trophy in the world and it is from this silverware that the race takes its name. Originally started as a competition for the ‘£100 Mug’, the first race took place in Britain in 1851, it was won by radical schooner America, owned by a visiting American syndicate, and thus the America’s Cup was born.

Crafted by Garrard & Co of London, the trophy stands at 3.5 feet tall and weighs 36lbs. For preservation purposes it can only be handled by professionals wearing white cotton gloves and, when travelling from its current home at the Golden Gate Yacht Club, must have its own business class plane seat. To celebrate their sponsorship of the 2017 race, French luxury fashion house Louis Vuitton have built a bespoke America's Cup trophy case.

The Cup will go on display at 501 Madison Avenue on 23 June and will be joined by America’s Cup Event Authority CEO Russell Coutts and Oracle Team USA skipper James Spithill, both of who have had a long and successful career with the America’s Cup.

“This is a very exciting and rare opportunity to see the America’s Cup in the centre of New York,” said Bremont co-founder Giles English. “We would be delighted to welcome you to our new boutique to see it.”