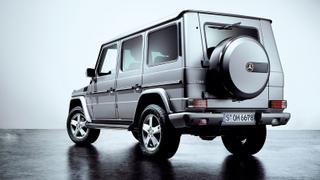 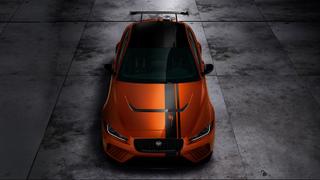 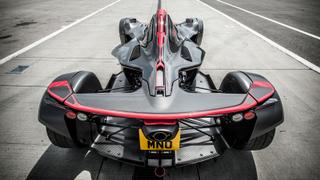 Why settle for one jack of all trades car when you can have three luxury masters, asks Simon de Burton...

Modern cars are often impressively versatile, being simultaneously luxurious, sporting and practical (I’m thinking of SUVs such the Maserati Levante, Bentley Bentayga, Porsche Cayenne and so on) but no one car truly has the ability to serve as a gentleman’s express, a rugged off-roader and a raw, back lane driving machine. So surely this provides the proper excuse to buy three separate vehicles to cater for each eventuality. But which ones to choose?

My list would start with one of the longest running car models in production – the still remarkable G-Class (or Geländewagen) from Mercedes-Benz, that distinctive off-roader that oozes charm and character despite having the aerodynamic qualities of a house brick.

More recent SUVs might be more comfortable, better appointed, faster and more economical but, when it comes to a vehicle that can be loaded to the gunwales with kit and people, pull prodigious loads, go almost anywhere and that simply looks darned cool in any environment, the G-Wagen is hard to beat.

Although the latest versions are outwardly identical to the original model launched in 1979, they are decidedly better appointed inside, boasting large screen infotainment systems, rear seat televisions, beautifully trimmed seats and so on.

Cleverly, Mercedes-Benz hasn’t allowed styling trends or the pursuit of too many creature comforts to interfere with the G-Wagen’s versatility. You still get superb all-round visibility, short body overhangs and square-cut wings that combine with three individually deployable, mechanical differential locks and permanent four-wheel drive to give the car the all-terrain capability of a mountain goat. And, despite appearing to be relatively basic, the G-Wagen’s quality is reflected in the fact that it remains reassuringly expensive. A basic G350d, for example, costs £88,000 without a single extra, while the high performance G63 – with a twin turbocharged, 563hp V8 under the bonnet – starts at £135,950.

For taking four people from A to B at truly high speed and in supreme comfort, the perfect three-car fleet must include an ultra high performance saloon and those who love driving will find it difficult to beat Jaguar’s recently launched, limited edition XE SV Project 8.

Hand built at Jaguar Land Rover’s thriving Special Vehicle Operations, the XE SV Project 8 is the quickest and most powerful road-going Jaguar ever made, with a 600hp V8 engine that enables the four-door to sprint from standstill to 60mph in only 3.3 seconds and carry on to a top speed of 200mph.

Just 300 examples will be built at a starting price of £149,995, and one of the first has already smashed the four door saloon lap record at Germany’s Nürburgring Nordschleife circuit, covering the 12.9 miles in just 7min 23sec.

When you just want to get out there all by yourself and drive for the sheer hell of it, without any help from traction control, ABS, power steering or other nannying devices, there’s really only one car to consider. And that’s the insanely rapid BAC Mono, the world’s only single-seater road-legal production car.

Hand built to order by the Briggs Automotive Company in Runcorn, Cheshire, the Mono has attracted an elite club of wealthy buyers. The base model costs around £140,000, for which you get a 570kg car packing a rear-mounted 2.5 litre Ford Duratec engine producing 305hp. The result is a road-bound jet fighter that accelerates from standstill to 60mph in 2.8sec and can hit 170mph. And all without a windscreen or doors.

And the best bit for yacht owners? BAC will sell you a version specifically designed to carry on board a superyacht, complete with its own watertight storage unit.