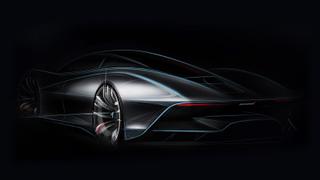 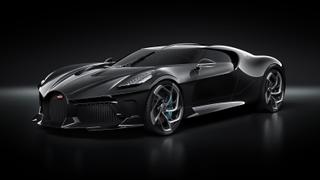 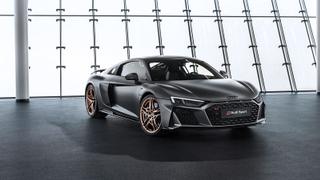 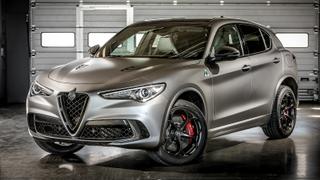 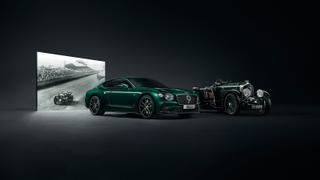 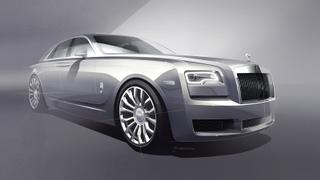 Limited-edition luxury cars are setting new standards for road-legal vehicles – but you’ll need to be quick off the mark to get your hands on one...

When McLaren announced in late 2017 that its new Ultimate Series was going to be given the grand title Senna, in tribute to the late F1 world champion Ayrton, there was a collective eyebrow raised in the motor industry: it had better be good! Now built and driven, the Senna is indeed a huge technological achievement. Its numbers set the scene: 789bhp engine (the most powerful ever in a McLaren); 2.8 seconds to 100km/h; 6.8 seconds to 200km/h. While on paper this sort of performance is not unique, there are few cars that would hold a candle to the McLaren Senna around a track. Its aero and brakes reign supreme, and the corner speed and balance are otherworldly. At the launch around the Circuito Estoril, the car was devastating. The Senna won’t win any beauty pageants, but it certainly lives up to the great driver’s name in its speed and performance.

That’s the good news. And the bad? It has already sold out. Welcome to the world of limited-edition vehicles. McLaren will only build 500 Sennas – and all were sold before the first production car was delivered. It’s the same story with McLaren’s next hypercar, the Speedtail. The much-vaunted successor to the legendary F1, with a price tag of over £2 million, sold out of its run of 106 cars before a computer image (pictured above) had even been released. The subterfuge behind ownership of these collectors’ cars is the stuff of a Graham Greene novel – clandestine meetings, tip-offs and rumours of favouritism abound. The sharp end of the luxury vehicle market has always played a strong limited-edition game in an effort to further distance these models from the riff-raff. Here are a few highly coveted current examples...

Unveiled at the Geneva Motor Show 2019, this carbon fibre hypercar from Bugatti is about as limited edition as they come - there's only one. Entirely crafted by hand, this highly sculpted design is a vastly updated version of the Bugatti Type 57 designed by Jean Bugatti in the 1930s. It features an extended front and the signature Bugatti C-line separating the front and passenger seats as well as a 16-cylinder quad-turbocharged engine delivering up to 1,500bhp. However, if you were thinking about enquiring, you're too late. La Voiture Noire sold to a Bugatti enthusiast shortly after its unveiling for a price tag of £12 million before tax making it the most expensive car in the world.

The newest version of the Audi R8 V10 was announced in February 2019 as an homage to the tenth anniversary of the V10 engine and is limited to 222 units. As you would expect, the Decennium features the same mid-mounted 5.2-litre V10 used in the standard second generation R8 V10 so the main difference here is in design and styling. The Decennium will be offered as a coupé only with Daytona Grey matte paint as standard (although five other options are available) while further differences come in the form of bronze wheel rims and a black gloss finish on the front spoiler, diffuser and side sills. First deliveries are expected in April 2019 with a price tag of €220,000.

It is not always the craftsmen peacocking: limited editions can showcase performance and production milestones, as well as luxury or designer collaborations. Alfa Romeo has its mojo back and is puffing out its chest about recent achievements. The NRING version of its Stelvio Quadrifoglio has been produced to grandstand its lap record for an SUV around the famous Nurburgring: seven minutes 51.7 seconds around the infamous “Green Hell” in a high-sided vehicle is certainly something to shout about. Only 108 examples will be available, one for each year of Alfa’s history.

Bentley’s latest offering is the Continental GT No 9 Edition. An homage to Tim Birkin's historic 'Blower' Bentley, each model features a slither of wood from the original race car which took part in the 1930 Le Mans and just 100 will be produced as part of Bentley's 2019 centenary celebrations. Created by in-house coachbuilder Mulliner, it gives its craftsmen a chance to really show off their skills with a British Jaeger dashboard clock, 18k gold-plated organ stops, heritage leather seat hides and an exterior in Viridian Green or Beluga Black.

A piece of the past for the present seems to be de rigueur: Rolls-Royce’s limited-run Silver Ghost Collection will be 35 vehicles built in tribute to the original Silver Ghost of 1904. In 1907, this car, registration AX 201, claimed a non-stop endurance record of 14,371 miles; and each of the new 2018 cars includes copper melted from the original as an insert in the base of the Spirit of Ecstasy hood ornament. Other unique touches include a hand-painted coach line with 100 per cent silver particles in the paint. Let’s just hope in both these instances they have left enough of the original cars for the museum archive.