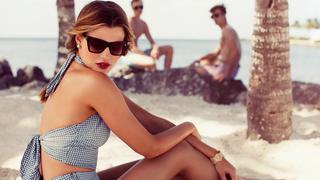 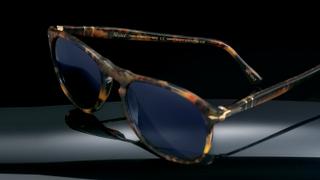 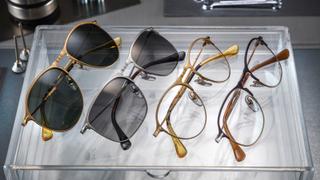 Golden ticket: How Persol is celebrating 100 years of impeccable style

It was Sir Paul Smith who introduced me to Persol. In the late 80s/early 90s, before the internet and lifestyle journalism, and before cheap flights meant that everyone could be well travelled in the aesthetic ways of the world, the little cabinet of curiosities at the back of Paul Smith’s shop in London’s Covent Garden was a rare window into the arcane universe of great design. Back then, before he started to make his own pens, watches and accessories, Smith would curate his favourite things from around the globe. And there, next to the Braun calculators and alarm clocks, the Brionvega radios, Montblanc luxury pens and Fornasetti plates were Persol sunglasses.

Curvy, solid and effortlessly insouciant, it’s no wonder that Persol has a history of stylish wearers: 1957’s 649 model, which was created to protect the eyes of Turin tram drivers from the occupational hazards of dust and wind, was taken up by Italy’s screen idol Marcello Mastroianni, who wore a pair in the 1961 film Divorce Italian Style; and Steve McQueen (pictured above) sports the folding 714 style in 1968’s The Thomas Crown Affair (the king of cool also wore these in his private life).

Characterised by clean, sleek lines, an arrow motif inspired by the swords of ancient warriors (both a functional detail and a distinctive visual signature), crystal lenses and a patented system (called Meflecto) that creates flexible temples that closely fit the face, these glasses have long been synonymous with elegant Italian design. They’re also, reassuringly, made by hand.

Persol (from the Italian per il sole, meaning “for the sun”) was founded in 1930, but its roots extend back to 1917, when Italian optician and photographer Giuseppe Ratti began manufacturing goggles, called the Protector, designed for Italian pilots. This means that 2017 is Persol’s centenary year.

To celebrate, the company has made a new limited edition – the Persol 9649SG. It’s handmade, of course, and only 200 numbered pieces exist. The model is typically glamorous with the signature arrow on the temples – but for the first time, these are made of 18kt gold. Other details include a “750 gold” mark on the arrows, the Persol centennial date and a limited edition certification engraved in gold on the inside of the temples. The coffee colour is perfectly matched with blue lenses and these shades are a must-have for superyacht owners cruising the Caribbean coasts this season.

The Best Sunglasses For Men

The Best Sunglasses For Women

8 of the best summer hats for men