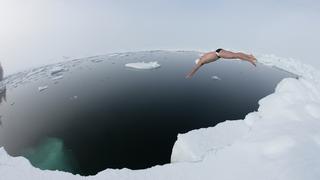 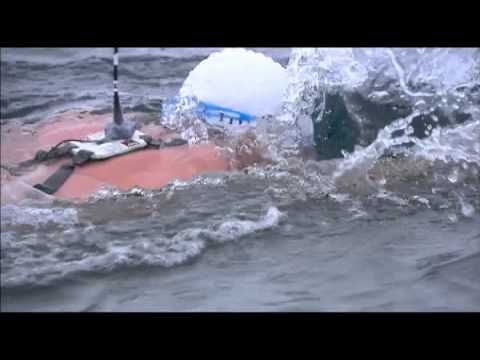 When it comes to the best swimwear for men, Speedos probably wouldn’t be anyone’s first choice – especially if the sea you’re planning to swim in the -1°C Antarctic.

For ocean explorer and marine campaigner Lewis Pugh, however, this freezing ordeal is just part of everyday life. The British swimmer has just returned from a trip to the Ross Sea where he swam 330 metres in sub-zero temperatures wearing nothing but tiny swim shorts. This marks the furthest south a human has ever swum and was completed in aid of the United Nations Patrons of the Oceans campaign for an Antarctic Marine Protected Area.

The campaign hopes to limit human interference in the Ross Sea, thus preserving the delicate marine ecosystem that is home to many species found nowhere else on earth. However, the campaign is currently facing resistance from the Russian government but, thanks to this latest high profile stunt, Pugh is in talks with the Russian defence minister and is hopeful of his chances at getting them on board.

However, this is not Pugh’s first attempt to create change through swimming. To date, Pugh has swum in all five oceans and seven seas in an effort to draw attention to the biggest threats facing the world’s oceans and has broken numerous world records while doing so.

His other incredible feats include swimming across Lake Pumori on Mount Everest, swimming the length of the Thames during Britain’s most severe drought (meaning he had to run 40km before finding enough water to swim in and repeatedly becoming ill from the polluted river).

“Over the past 30 years, I’ve seen the devastating impacts of overfishing and climate change on our oceans,” Lewis says of his most recent expedition. “If we allow the Ross Sea to go the same way, its unique riches may be lost forever.

“My hope is that these symbolic swims will bring the beauty and wonder of Antarctica into the hearts and homes of people around the world so they will urge their governments to protect this unique ecosystem.”

Forget sailing, meet the man who is going to swim the Pacific