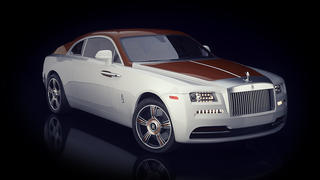 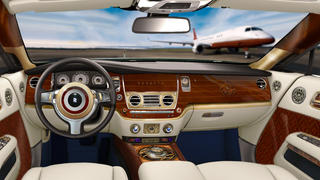 LA-based design company SottoStudios has unveiled the latest addition to its range of uber-luxurious vehicle makeovers: the Rolls-Royce Regatta.

The American firm specialises in the customisation of private jets and high-end cars and, for its latest project, has turned its attention to the Rolls-Royce Wraith with an interior and exterior overhaul entirely inspired by classic yachts.

Of course, this is not the first time a Rolls-Royce has been given the nautical treatment. Just last year the marque itself released details of the bespoke Phantom Nautica inspired by yachts but SottoStudios has taken things one step further with a custom wooden bonnet, roof and trunk - recreating the classic teak decking of a superyacht - and a solid mahogany tail.

Inspired by vintage Rolls-Royce models like the Boattail and Torpedo, the Regatta also features handcrafted wooden joinery and marquetry in the sleek leather and wood interior and a huge range of colour options are available for both the wood and paint of the vehicle.

The transformation from Wraith to Regatta will be undertaken by Californian engineering firm Aria Group and is estimated to take between six and nine months per car with prices expected to be in excess of $1 million. For those looking for a little reassurance before taking the plunge look to the Skyacht One – the Embraer Lineage 1000E private jet inspired by classic yachts which SottoStudios unveiled in 2015 and later became the starting point for the Regatta.

“We designed our previous project, Skyacht One, in response to an observation, ‘Why is your private plane experience not as rich or romantic as your Rolls-Royce?’”, explained Eddie Sotto, founder and chief designer of SottoStudios. “When we were done infusing the plane with the details of a handmade classic yacht, we realised we had surpassed the car that spawned it, so we went back to raise the bar and revisit the Rolls-Royce. It was so transformed, we named it Regatta [and it is] the perfect compliment to any yacht or plane.”

Buyers' guide: The Best Private Jets Worth Investing In