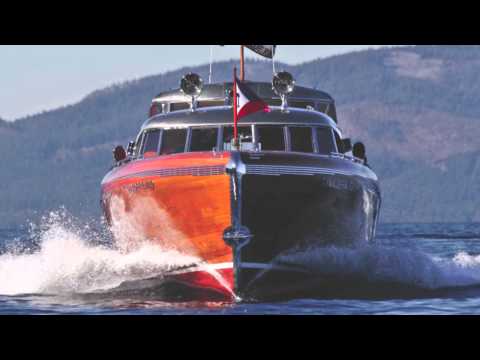 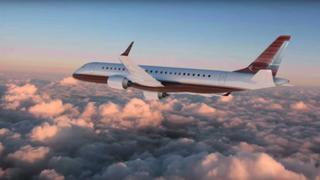 On board the private jet inspired by classic yachts

As many owners will know, a private jet and a superyacht are the perfect pairing allowing their owner the freedom to go wherever they want whenever they want. But unlike tenders and day boats, which can be fairly easily customised to match their mother yacht, finding a private jet to match your vessel has been much more difficult – until now.

Designed in collaboration with LA-based firm Sotto Studios and Embraer Private Jets, the appropriately named Skyacht One is not only one of the world’s most luxurious private aircraft, it also takes its design cues directly from classic yachts.

Inspired by the story of George Whittle Jnr, an American who built his yacht Thunderbird to match the private aircraft he already owned, designer Eddie Sotto set about turning Embraer’s flagship Lineage 1000E plane into a 1930s-style beauty. Find out more about the creation of the Skyacht One in the video below.

The transformation is evident from the exterior, which has a mahogany ‘hull’ and vertical stabilizer created using traditional joinery techniques matched with a pearly white top half. The result is an aesthetic not unlike that of Charles Dunstone’s restored classicShemara.

The interior design is inspired by traditional navigation techniques, one of the key shared interests of both flying and boating. Polished mahogany panelling runs throughout the plane and marquetry is used to embed murals including a planetary clock and 14th century star maps into the wood. Crockery, linen, carpeting and other items have also been created specially for the plane with similarly themed navigational motifs.

As is to be expected, furnishings are all of the highest quality with carpets provided by Fornasetti and Cellarius, a sofa and cocktail bar by Chesterfield and valances and tabletops lined in Shagreen’s “Stingray” skin. Even the taps in the bathroom have been designed to look like the dual throttles traditionally found on a classic yacht’s bridge.

Intelligent lighting found throughout the plane’s cabin adjusts to compliment the time of day while adjustable spotlights can be manually positioned to provide light in every part of the jet making the flying experience second to none.

An undeniably luxurious way to get from A to B private jets have long proved a draw to those in the yachting industry. In August 2015 Winch Design unveiled its own Project Mayfair private jet series which promised to bring the bespoke experience of yacht design to the skies.

10 of the most scenic private jet landings in the world