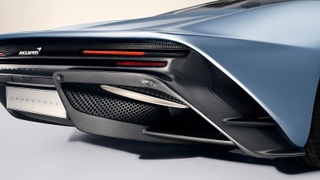 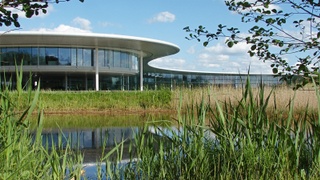 If there’s one car that every motoring writer in the world is aching to get behind the wheel of this year, it’s the McLaren Speedtail. The fourth and latest model in the British manufacturer’s “Ultimate” series (following the famed F1 of the 1990s, the P1 unveiled in 2012 and the Senna of last year), the Speedtail might just be the apotheosis of combustion-engined hypercar design.

Although hybrid powered, it will rely heavily on a petrol engine to produce most of its 1,000-plus horsepower, with electric motors providing assistance and helping the Speedtail to a predicted top speed of 403km/h.

But it isn’t just raw power that will get it there. The striking, long-tail bodywork has been meticulously shaped to be among the most slippery and aerodynamic ever seen on a road-going production car. Turbulence-inducing shut lines are kept to a minimum, wind-cheating discs cover the front wheels and an innovative “aileron” system substitutes a conventional rear spoiler set-up for a pair of hydraulically controlled flaps that rise from the corners of the car to provide balance and air-braking. These are not hinged but are an integral part of the carbon fibre bodywork and simply bend into position when deployed.

The innovation continues inside, with electrochromic glass that dims instantly when exposed to bright sunlight and so-called “directional” leather upholstery that makes it easier to slide into the car, but holds the driver and passenger in place once they are there.The interior is special, too, in reviving the three-seat, centre-steering configuration used in the F1 – but buyers of its £2.1 million successor can have it trimmed and fitted out to their specification because, according to the marque’s colour and materials boss Jo Lewis, this is “the most bespoke McLaren ever made”.

Clients are already visiting the headquarters in Woking, Surrey, to take advantage of a state-of-the-art video tour configurator with which they can choose colours, materials and finishes, see them instantly displayed on a giant screen and adjust or substitute anything they are not happy with. They can even choose to have personalised images woven into carbon fibre parts, unique patterns laser-punched into upholstery and personal engravings applied to the titanium components of the Snap-on Speedtail toolkit. Which, somehow, we doubt will ever be used in anger… although, as toolkits go, it will doubtless be the ultimate.

Rally round: The epic long-distance car races to join this year