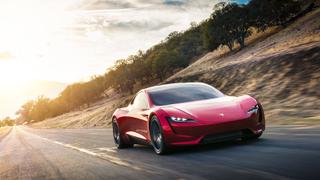 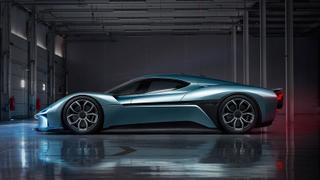 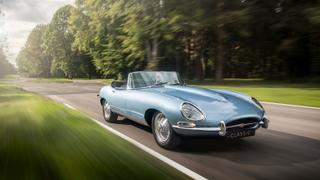 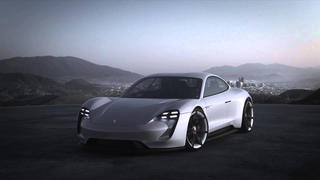 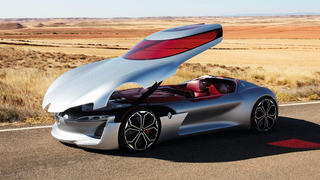 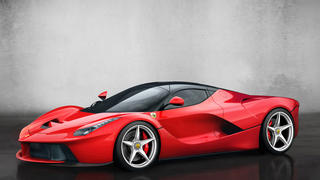 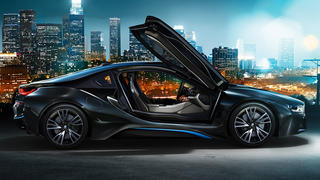 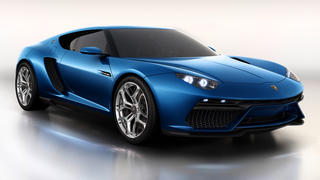 With the rising popularity of Formula E along with a growing awareness of our impact environment – as the ever increasing number of eco-trendsetter superyachts demonstrates – many motor enthusiasts now see electric supercars as the future of high end driving. The tech behind these ‘clean’ cars has come on leaps and bound in the past few years and the current crop of all electric speed demons can give even the best new supercars a run for their money. Here’s our pick of the top electric supercars coming soon to a track near you.

The marque credited with sparking the electric supercar revolution announced it would be releasing a second edition of its very first car, the Roadster, in November 2017 alongside the unveiling of its new more mass market Model 3. The first production car from the brand since the initial Roadster run ended in 2011, the revamped model boasts some hugely impressive statistics including hitting 0-60mph in just 1.9 seconds, which is 0.4 seconds faster than the current fastest Tesla and 0.3 seconds faster than the Porsche 918 Spyder - at present the fastest hybrid on the market. These speeds come thanks to a three-motor system, one in the front and two in the rear, which can propel the Roadster to a top speed of 250mph while a 200kWh battery allows a drive distance of up to 630 miles between charges. Available from 2020, the Roadster will start from $200,000 ad can be reserved now.

In terms of outright performance, it seems that China is leading the way in the all-electric supercar race with a suitably futuristic machine called the NIO EP9. The car received relatively little attention until early May, when it scorched around Germany’s benchmark Nordschleife circuit at the Nürburgring – all 12.5 miles of it – in six minutes 45 seconds to establish a lap record for a non-series production car. And, in hypercar terms, that represents a very real credential indeed.

Powered by two batteries and four electric motors, the EP9 can be “set” to produce an eye-watering one megawatt of power, the equivalent to 1,341hp – one third more than the original Bugatti Veyron. It has a top speed of 194mph and accelerates from standstill to 124mph in just 7.1 seconds. The car is currently not road legal, but a batch of 10 is being built, priced at $1.48 million.

The EP9 is helping to extend the already giant leaps being made in the field of electric power. Founded in Shanghai just three years ago, NIO now employs 2,000 people around the world and is working on its first autonomous vehicles, which are expected to hit the market in 2020 to complement a full sized, seven seat SUV that goes on sale in China this year. Simon de Burton

Possibly the most stylish electric supercar around, in September 2017 Jaguar announced it would be converting its classic E-Types into fully electric vehicles with a view to 'future proofing' this design classic. Unlike many modern battery-powered cars, however, the E-Type features a front engine/rear drive configuration which Jaguar says helps maintain the feel of driving its petrol-powered parent which has been an enthusiasts favourite since its launch in 1968. Weighing in at 46kg less than its predecessor, the E-Type Zero is capable of producing the electric equivalent of around 295bhp translating to an acceleration of 0-60mph in 5.5 seconds with a single charge range of 170 miles. While still in its prototype stage no price information for the E-Type Zero has been released, however, Jaguar's first modern electric car, the I-PACE, is due to go on sale in early 2018 with a price tag of £55,000.

Powered by the same batteries and motor as the cars driven by Renault’s championship winning Formula E team, the Trezor boasts 350 horsepower and torque of 380 Nm. It also uses an innovative Rechargeable Energy Storage System (RESS) which helps it recover energy while braking thus extending its range. Its 100% carbon convertible body features beautiful curved lines, a wide wheel base, low centre of gravity and neutral, sport and self-drive modes to really help you get the most out of this ground-breaking electric sports car.

Available to buy now for 449 lucky clients, the limited edition LaFerrari combines a 6,262cc V12 engine with a 120 kW battery to produce one of the most powerful hybrid cars on the market. With a maximum speed in excess of 350 km/h and acceleration of 0-200km/h in less than seven seconds, the hybrid engine has a CO2 emission of around 340g/km (compared to an average of 495g/km in standard Ferrari models). Get yours for £1,150,000.

Receiving five-star reviews across the board when it was unveiled in 2014, the BMW i8 combines all the thrill and good looks of a traditional supercar without the expensive running costs and harmful emissions. Its full consumption and CO2 emissions are an astonishing 134.5mpg and 49g/km respectively while the top speed remains a very respectable 250km/h. With a price tag of slightly over £100,000 this could be the ideal car for those looking to get in to electric.

Designed for racing enthusiasts and everyday drivers alike, the Lamborghini Asterion utilises Plug-In Hybrid technology meaning it can work completely under electric power in urban environments but can also be combined with a traditional combustion engine for a more thrilling ride. Thanks to a lightweight carbon fibre and aluminium body its CO2 emissions are just 98g/km while its top speed is an impressive 320km/h (125km/h in pure electric mode) meaning it looks and feels every bit as special as its traditional predecessors.

6 of the best bulletproof cars

5 of the most expensive cars for auction right now