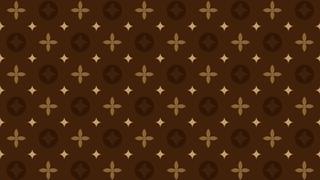 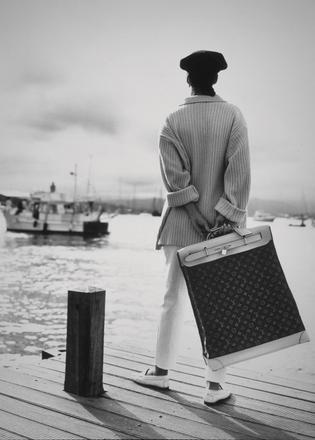 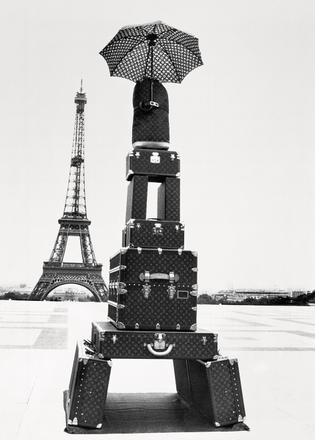 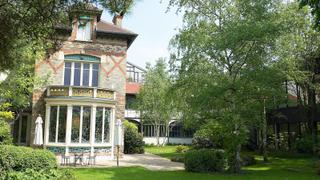 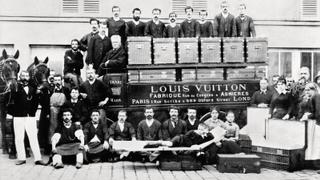 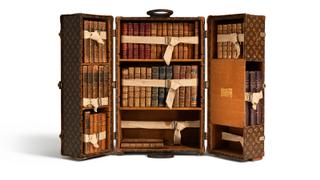 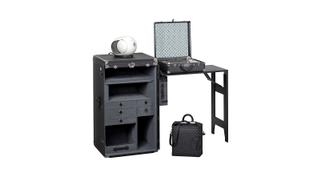 The Louis Vuitton trunk has a history as colourful as the characters who have commissioned bespoke versions, says Carolyn Asome...

How to explain the popularity of the traditional trunk in 2019? When myriad smart luggage versions abound with their shiny, colourful polycarbonate shells and digital gimmickry, it’s perhaps little wonder that style insiders are harking back to the traditional trunk style; the sort of luggage that exudes a rakish elegance, an air of stealth wealth and a patina that cannot be bought.

It’s a lifestyle choice that also taps into the romance of the golden age of travel, where you never break sweat while haring to gate 81, or miss your flight because the M4 is closed. We fantasise about a sugary tableaux where we waft about as if on some Edwardian grand tour. Demand for high-end luggage remains high at a time of sluggish growth in the overall luxury sector and nowhere is this more apparent than at Louis Vuitton.

The French maison needs little by way of introduction, but how much do you know about the trunks themselves? They were officially invented in 1854 but since then have been crafted bespoke for numerous discerning adventurers: to transport a library for Ernest Hemingway, a medical kit for Damien Hirst or for a private client who wanted to travel with his collection of rubber ducks. Yes, really.

Ergonomically designed, these trunks were originally tailored for strength and lightness. Louis Vuitton perfected the flat trunk, now considered the precursor to modern luggage. Until then, cases were round in shape but he made them rectangular to allow the privileged classes to stack them neatly for ease of transportation. Demand soared for this innovative and convenient style, which catered to the requirements of increasingly frequent travel by train and boat. By the beginning of the 20th century, ocean liners had become veritable floating palaces. Interest was such that Louis Vuitton had to expand and open a workshop at Asnières-sur-Seine, on the outskirts of Paris. It is also the seat of the Louis Vuitton family home and where all special orders are still created today.

In 1875 the first vertical wardrobe trunk with both halves thoughtfully fitted out with bespoke wooden compartments was introduced and became the ultimate symbol for Parisian chic. It allowed travellers the luxury of transporting almost an entire wardrobe in a single piece of luggage. The wardrobe trunk (from £36,000) remains the ne plus ultra of travel accessories: the bespoke process starts off with a watercolour drawing followed by a mock-up in 3D. The client has a choice of materials from wood, leather, canvas and microfibre as well as being able to decide on its suppleness, curves, drawers and linings. It takes 150 hours to make from start to finish (although the bespoke versions can take six to eight months) using 400 metal pieces and at least four metres of leather or canvas.

At the beginning of the 20th century, Louis Vuitton adopted the principle that anything – not just clothing – could travel. As one might expect, the maison never reveals the identity of its clients; however, Patrick Louis Vuitton, Louis’s great-great grandson, has spoken of its highly discerning clientele: one woman who wished to drink from her own champagne flutes rather than use aeroplane ones when she travelled, and a very nice Englishman who insisted on drawers in his baggage conceived to hold perfectly matching shirts, ties and cufflinks.

Also in the Louis Vuitton annals is the library trunk commissioned by Ernest Hemingway in 1923. Gaston-Louis Vuitton, a well-known bibliophile, conceived the library trunk for those who could not bear to part with their books on long journeys. Long before the arrival of the paperback, it could comfortably hold 80 volumes.

In 1904, the exquisite desk trunk, originally designed for the Hotel des Modes was snapped up by the Russian Princess Lobanov de Rostov: she was so seduced by its drawers, which were originally intended for underwear, lined in pink satin and scented with Guerlain’s Heliotrope, that she paid 1,000 francs – a fortune at the time – for so that nothing like it would ever be made. It was a dazzling piece that became part of her entourage of 20 servants and five trunks.

More recently, British artist Grayson Perry designed one to include his teddy bear, while street label Supreme’s logo has been emblazoned across Louis Vuitton’s traditional monogram on a trunk perfectly proportioned to house a skateboard. Earlier this year, Louis Vuitton and Devialet partnered to create a DJ trunk that integrates a Phantom audio system.

The limited edition Marilyn steamer trunk, by Japanese artist Takashi Murakami, was presented at a retrospective at Los Angeles’ MOCA in 2007 and, at $500,000, was one of the most expensive trunks to be sold. It was designed to house 33 monogrammed Murakami x Louis Vuitton bags.

Butterflies adorn the Damien Hirst first-aid trunk, which was created in 2009. Its contents were inspired by David Cronenberg’s 1988 film Dead Ringers in which Jeremy Irons plays twin surgeons. Twin chests were also made: Hirst was given one while the other fetched a not insignificant £360,000 at auction at Sotheby’s. The trunks are as inventive as one’s imagination. In recent years private clients have requested a trunk for 1,000 Havana cigars, Christmas tree decorations and even one to house a croquet set.

With its long tradition of savoir-faire, nearly anything at Louis Vuitton seems possible. What do you dare to dream of?

Make your case: How Globe-Trotter is taking luxury luggage to the next level

Kitted out: 8 of the best beauty travel sets