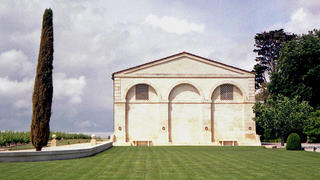 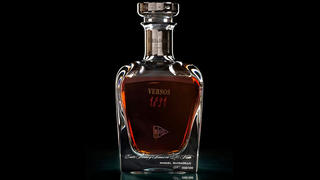 Why your fine wine could also be fine art

Whether you're buying the best wine for your private jet or have a fully stocked superyacht cellar representing decades of careful selection, your best bottles could be worth a spot in your on board gallery says Jonathan Ray

Let’s face it, the design of the humble wine bottle hasn’t changed much over the centuries. At least not since the Romans (or was it the Greeks?) put their fermented grape juice in earthenware amphorae topped up with olive oil.

Most major regions have become associated with a particular shape or colour bottle. Burgundy, for example, traditionally comes in bottles with sloping shoulders and Bordeaux bottles have high shoulders. Wines from the Mosel come in green bottles with long, tapered necks and those from the Rhine come in brown bottles with ditto. But apart from such regional variations, a wine bottle is pretty much a wine bottle.

Sadly, even in these days of designer chic, nobody has thought to replicate the shape of the ship’s decanter, with its fat, flat, impossible-to-topple-over-even-in-a-Force-9-gale bottom, and present superyacht-suitable wines in similarly shaped bottles. Shame.

What distinguishes one bottle of wine from another, of course, is the label. Some are functional and dull, others are works of art. And I mean works of art. It was Château Mouton Rothschild that pioneered the concept of arty wine labels. In 1924 Mouton’s owner, Baron Philippe de Rothschild, decided that instead of simply selling his wine in barrels, he would henceforth bottle and label it himself.

To mark this far-reaching decision (it led to what is now common practice: estate-bottling), Rothschild commissioned the Cubist artist and successful poster designer Jean Carlu to create a special label. Two decades later, to mark the end of the Second World War, Philippe Jullian designed a commemorative label. Every vintage since then has seen a contemporary artist invited to design a label, including the likes of Miró, Chagall, Picasso, Bacon, Dali, Balthus, Koons and even HRH the Prince of Wales.

Other wineries have followed suit, either by sporting similarly arty labels or by promoting the arts. There is Leeuwin Estate, in Western Australia, with its “Art Series”; Tuscany’s Ornellaia with its Vendemmia d’Artista; Perrier-Jouët and its Arts Salon Prize; the Taittinger with its Collection and Dom Pérignon with its innovative collaborations with the likes of Jeff Koons, Marc Newson, David Lynch and the Estate of Andy Warhol. Fine wine is an art form in more ways than one.

Celebrate the return to fashion of sherry with a bottle of Versos 1891 amontillado from Barbadillo. Only 100 bottles were made, drawn from a single cask laid down in 1891 as the christening present for the late Manuel Barbadillo. At £8,000 a bottle, it’s the most expensive sherry in the world. For the same price one could buy…

6 tips for storing wine on board your superyacht