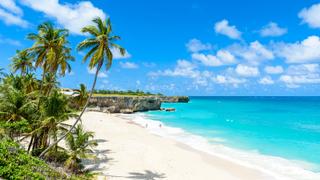 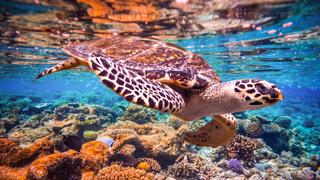 The Caribbean island of Barbados has become the latest nation to entirely ban single-use plastics. New legislation comes into effect on April 1, 2019 which will see the importation, sale or use of petrol-based single-use plastic forbidden anywhere on the island. The new law covers products including plastic cutlery, Styrofoam food containers and plastic bottles while a blanket ban on plastic bags, except where necessary for pharmaceuticals or food preservation, will come into effect on January 1, 2020.

This move sees Barbados join a growing number of countries, including Kenya, Vanuatu and Taiwan, which have banned single-use plastics entirely while many other cities, states and nations have made moves to drastically reduce their plastic usage in the last few years. Like many of these nations, Barbados is a highly popular tourist destination, attracting over 600,000 visitors per year, meaning conservation is a priority both economically and environmentally.

“Barbados has to be a value-driven country. We have large expectations for ourselves,” explained Kirk Humphrey, minister of Maritime Affairs and the Blue Economy. “We have said that we want to be fossil fuel free by 2030; we want to have a renewable platform; we want to be a country that when we speak to the world we speak as an environmentally friendly country and destination. And so, we have made ourselves clear as to where we stand on single-use plastic.”

As well as reducing pollution and waste, it is also hoped that the ban on single-use plastics will help Barbados achieve its marine conservation goals. The island is a crucial breeding ground for hawksbill turtles and the Barbados Sea Turtle Project has spent the past 25 years protecting and attempting to restore the local turtle populations. To this end, Carlisle Bay, in the south west of the island, recently became a marine-protected area in which swimmers and snorkelers can safely enjoy its coral reefs while plans are also in place to ensure the sustainable use of fisheries and marine resources.