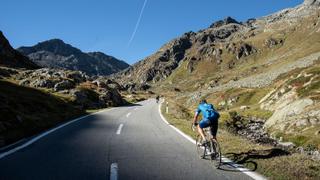 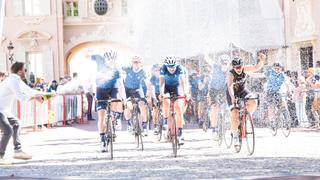 The annual London to Monaco bike ride in aid of the Blue Marine Foundation has announced that 2018 was its largest event to date. 120 riders took part in the various stages of this year’s cycle, which crossed eight countries and totalled 1,000 kilometres, ending at the Prince’s Palace in Monaco on September 26 to coincide with the Monaco Yacht Show.

The cyclists raised £250,000, which was supplemented by a generous £200,000 donation by a member of the Blue Marine Yacht Club, bringing the amount raised so far this year to £450,000. All the money donated goes towards supporting the work of the Blue Marine Foundation in areas including the Ascension Islands, the Mediterranean and Lyme Bay.

The riders set off from Herne Hill Velodrome in London on September 19 where Zara and Mike Tindall cut the ribbon to begin the journey, as well as joining the first leg of the tour themselves. “We are really happy to be lending our support to this great charity,” said Zara. “Our oceans are constantly under threat and it’s for that reason that we are joining 100 brave cyclists in raising awareness around vital marine conservation projects like Blue’s so that they can receive the funding and support they need.”

Once making it to the continent the rider’s faced a series of gruelling uphill climbs, including Switzerland’s famous 45km Col du Grand St Bernard pass, but also enjoyed incredible scenery as they travelled through the Alps and down to southern France. On arriving in Monaco they were greeted by HSH Prince Albert II who commended everyone for their commitment and “tremendous effort”. Coincidentally, the riders were also met with the news that earlier that day the UK government had called for 30% of the world’s oceans to become protected areas, tripling its previous commitment and proving that ongoing education and awareness can have a real impact.

And, while the ride may be over for this year, it is not too late to show your support. Click here to pledge your sponsorship donation or visit london-monaco.cc to reserve your spot on next year’s cycle.