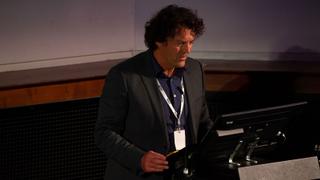 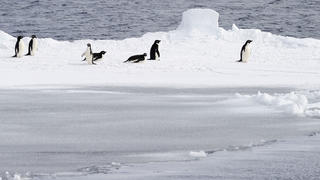 After the huge success of his film, The Last Ocean, and its resulting campaign, director Peter Young spoke at Ocean Talks 2018 about why it is so important that we preserve and protect the Ross Sea in Antarctica…

11 years ago John Weller approached fellow filmmaker Peter Young about a new project inspired by a scientific paper on the Ross Sea. “The paper was written by legendary Antarctic ecologist Dr David Ainley. David had been travelling to the Ross Sea to study wildlife for more than 40 years,” said Peter Young. “He said it was a living laboratory that provided vital information about the workings of all marine ecosystems, but it was now under threat from a recently established commercial fishery that was started by my country, New Zealand.”

Weller invited Young on a trip to the Ross Sea but what started off as a four-week film project soon became an international movement. “On that trip to the Ross Sea, John, David and I made a pact to work together on The Last Ocean project and we had three goals. We want to raise awareness of the pristine qualities of the Ross Sea, to stop commercial fishing and to protect the entire ecosystem,” said Young.

“The Ross Sea has the most productive waters in the entire southern oceans and, despite being one of the coldest places on Earth, it actually teems with the life of many species found nowhere else on the planet,” explained Young. One of these species, the Antarctic toothfish, was one of the core reasons for the aforementioned fishery moving in on the territory, as it has become an extremely sought-after ingredient on gourmet menus. The dominant predator of the Ross Sea, toothfish eat a variety of squid and smaller fish, but are also the prey sperm whales, Weddell seals, colossal squid and a specific species of killer whale that feeds almost exclusively on toothfish. Removing them from the food chain would disrupt the delicate balance of the Ross Sea to catastrophic effect.

In addition to the film, Young and his colleagues launched a full campaign with the intention of protecting the biodiversity of the Ross Sea. “Right from the start, I knew I’d be making a documentary, but as soon as I started getting into this project I realised that what we wanted to pull off was far greater than a documentary could achieve,” Young said. “What was the point of a film that asked for change if there was no foundation from which to create it?”

They set up a charity for people to donate to, gained volunteers, launched campaigns and travelled the world spreading the word that the Ross Sea needed help. They needed 24 nations plus the EU to agree to protect the area. “As it evolved it became apparent that we needed something just as powerful to fight the force of the fishing industry, so we pinned our hopes on the film,” said Young.

After their film premiered in 2012, they spent years raising awareness and appealing to the Commission for the Conservation of Antarctic Marine Living Resources (CCAMLR), creating a coalition with other environmental groups to create the Antarctic Ocean Alliance. They received backlash from fisheries and blocks from Russia along the way but, as a result of their hard work, in November 2016 CCAMLR established a marine protected area in the Ross Sea, which came into effect in December 2017.

“Whether you’re a bottom dweller or a big predator, The Last Ocean campaign is living proof that the ocean connects us all,” concluded Young.