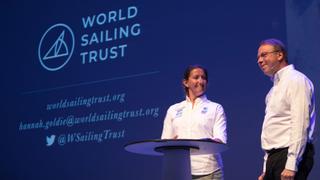 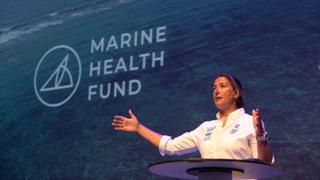 World Sailing, the international governing body for sailing sports, has announced the launch of the World Sailing Trust – a new charitable organisation that will help promote ocean conservation as well as further access to sailing around the globe.

The Trust’s initial focus will be on tackling the crisis facing our oceans. A specific Marine Health fund has been established with money to be spent on promoting the creation and use of more sustainable products, promoting low carbon technologies and behaviours and generally improving the overall health of the oceans. These aims will be met via involvement with a wide range of ocean conservation projects addressing issues ranging from single-use plastics to the marine industry’s reliance on fossil fuels on board.

“In the past, other sailing charities have been very local and regionalised. The World Sailing Trust has a global reach, so we can cover all aspects, all areas and all regions,” said Caffari, whose ocean advocacy works includes joining the Turn the Tide on Plastic team during the 2017/18 Volvo Ocean Race. “The team I just led during VOR was about diversity, inclusion, youth and sustainability encompassing all the things I’ve been involved in my career to date. The World Sailing Trust is an amplification of that and I feel well placed to deliver that on a global scale, to talk and communicate effectively and try to make a difference in the world of sailing.”

“World Sailing represents 70 million sailors in 145 countries. This community cares passionately about the sport and the marine environment – our field of play,” added Hunt. “As the world governing body of the sport we have a duty to enhance and protect the sport’s future. Harnessing the energy of the sailing community and our global network, we can generate wide-spread change across the sport quickly and effectively.”

A Plastic Ocean: The truth behind the crisis destroying our seas