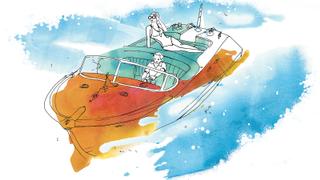 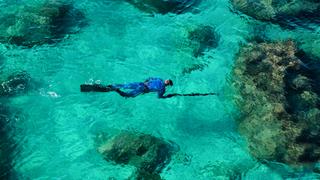 Darling on deck: Kristin Ducote on how to win a fishing tournament (at all costs)

To win a fishing competition you need to have a reliable craft – or be downright crafty, Kristin Ducote reveals...

A great crash erupted from the galley and echoed down the hallway into the dining room. Guests exchanged startled looks. I set down my wine glass. Then the yelling began, followed by a resounding clang as another pan smashed into the sink. Napkins were adjusted on laps. A nervous chuckle escaped down the long dinner table to settle among the flowers and tea candles.

Normally, my husband, Chapman, would have launched from his chair at the first sign of a fray to mediate. But this wasn’t our boat. And it wasn’t our charter. We glanced at our host, a friend who was celebrating his big 4-0 with a birthday cruise, but he only shrugged and shovelled in another forkful of flaky hogfish.

Ten minutes later, the chief stewardess emerged, red-faced and steaming, our dessert plates of Key lime pie stacked neatly up her arm. She dropped them into place and without a word continued through the salon and out the sliding doors. No explanation. No goodbyes. Just an exit stage left. “Are we in an episode of Below Deck?”

Next morning over breakfast, the truth came to light. After a fight with the chef, the chief stew jumped ship. Not only that, she took her boyfriend, the engineer, along with her. Just great!

The mood was sombre as we nibbled our hot blueberry muffins, casting sympathetic glances at the second stew who would pick up the slack. Finally, Chapman broke the silence and suggested a fishing tournament to lift our spirits.

Since we had more experience, our group took the small Williams tender and the others claimed the centre console. We ran full throttle for 30 minutes with Chapman at the helm like a hunting dog on the scent. At last, he throttled back and idled toward a patch of coral heads near Manjack Cay where he’d had good luck spearfishing before.

Truth be told, our hopes for the win rested on him. He set the anchor and rolled overboard with his Hawaiian sling. We waited. And then we waited some more, as he disappeared under the surface, bobbing up again and again empty-handed.

Ultimately, Chapman admitted his fishing hole was fished-out and returned to the RIB. But when he turned the key, the Williams just coughed and sputtered. No dice. After 10 minutes, we radioed the mothership to send the engineer, but then remembered: no engineer. He was long gone with his fiery girlfriend. A tow then? The only tow left was a jet ski.

After a while, we saw a local boat speeding around the north end of the island. As they neared, Chapman waved his arms to stop them. “Our tow is already on the way,” I reminded him. “I’m not looking for a tow,” he scoffed. “I’m looking for victory!”

Basking in the glory of our great lobster dupe might be even sweeter than the actual win!

Sure enough, we were able to buy 12 lobsters from the locals who were returning from their traps. In a sneaky manoeuvre, Chapman took his spear and punctured each one to make them look authentically ours. And I made a mental note to keep a closer eye on this sheisty husband of mine!

Arriving back at the boat after our snail-paced jet-ski tow, we found our opponents returning as well – skunked! Before we’d even tied up, we were waving our leggy loot overhead and dancing in triumph.

That night as we tucked into our feast of the most golden buttery lobster, cooked to perfection by a repentant chef, we learned a valuable lesson about crew politics: always take the chef’s side. And although the secret of our victory has endured until this very article, I don’t mind exposing it now. After all, if a tree falls in a forest and no one hears, does it make a sound? Basking in the glory of our great lobster dupe might be even sweeter than the actual win!

Darling on deck: Kristin Ducote on the real joy of exercising at sea

Darling on deck: Kristin Ducote on the perils of private islands

Darling on deck: Kristin Ducote on buying boats at auction