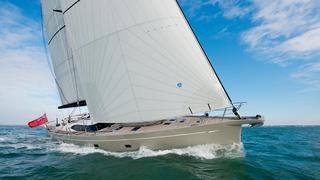 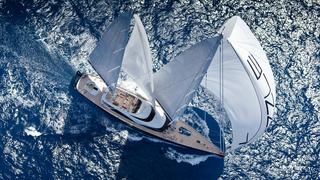 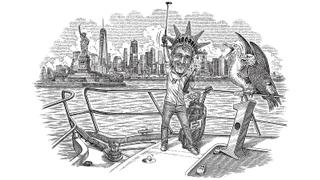 Lippy from the liffey: Eddie Jordan on golfing in Newport and why he needs a bigger sailing yacht

It’s not what you think! If you’ve seen the advert for Lush somewhere, you could be forgiven for thinking I’m getting out of superyachting for good. “First Blush sells, and now Jordan’s selling Lush?” But I’m just making some room because, between you and me, I’m getting serious about buying a bigger sailing boat.

There are a few options in the mix – the Oyster 118 and Swan 115, for example. But I’ve been looking at brokerage yachts around the 40 metre mark, too. And if Lush sells tomorrow, I’ve still got my little Sunseeker Mohawk that I treasure. I could never not have a Sunseeker – they are incredibly good people to deal with and I don’t have a bad word to say about them. I’d put Oyster in that category too.

I’ll miss my big motor yacht. There’s something very elegant and stylish about big motor yachts – but I’m not a very elegant or stylish person. I like nice things, like everyone does, but I like being hands-on, and being hands-on where a big motor yacht is concerned is not always easy, since you’re surrounded by professional people looking after you. Occasionally I want to do a bit of work, you know? Get the spinnaker down, or take a watch.

I see the stats in the magazine each month and it looks like motor yacht sales are rolling along – Blush certainly sold a lot quicker than I was expecting. I don’t think the same can be said of the sailing market, so I’m not expecting to sell Lush tomorrow. I hope the slowdown in big custom sailing yachts is just transitional.

Can you remember how you felt the first time you saw Twizzle? That, for me, is just an amazing yacht. But there haven’t been enough Twizzles coming on the scene. I had a look at what was on the market at the Monaco Yacht Show but there wasn't too much there. It’s mainly a motor yacht show.

What I did enjoy was playing the Boat International party again with my band, the Robbers. I flew back especially from the Oyster Regatta in Palma for the gig and made it just in time for sound check. If you had an invite you'll know it was a great night. In fact, I’m still a bit breathless after playing at Anjuna. The place was absolutely off the charts and should be on every self-respecting party lover’s bucket list.

I’ve got a lot of friends over in Newport at the moment. If you’re Irish, there are a few places in the world that stick out. Liverpool is one – it’s even called the capital of Ireland. And Boston is another, which is just up the road from Newport. I love that whole north-eastern coast. And best of all – it has great golf courses.

My wife Marie is a low handicapper and one summer we decided to base ourselves over there. We flew to Newport and met the boat there, and spent the summer cruising the coast and playing golf. We played Shinnecock Hills, we played Bridgehampton, we played the National. We would take the tender in, play once a day, come back to the boat for lunch and cruise to the next spot. I even considered making a business of it – running golf charters – but I’ve got enough on my plate.

We also sailed up the Hudson River, which is something I’ll never forget. We went straight into New York and put the boat pretty much underneath the new Freedom Tower, which they were still building at the time. There are not many major cities where you can do that.

Lippy from the Liffey: Eddie Jordan on selling his Sunseeker 155 Blush

Lippy from the Liffey: Eddie Jordan on getting up close and personal with Motor Yacht A