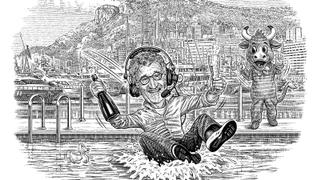 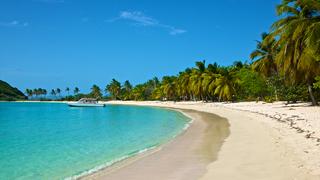 Whether it’s getting pelted by water bombs, being thrown in the Red Bull pool or flashing his caveman credentials, Eddie Jordan certainly knows how to have a good time...

The best kinds of parties are ones where it’s just you and your pals. Maybe you’ve anchored up on a sultry evening in a gentle bay off one of those islands around Corsica, or off Cannes, with ten or 15 of your friends and the champagne just flows.

Then there’s that other kind, the huge, choreographed shindig. This is the speciality of the Monaco Grand Prix. You know the kind of thing – cram 400 people onto some huge yacht in the harbour. You’ve got to lay down carpets. You’ve got to hire extra staff. You’ve somehow got to keep track of everyone’s shoes, since, obviously, they can’t be worn on the boat.

Indian businessman and politician Vijay Mallya hosts the biggest party. I remember one year saying to him, “Vijay, do you even know five per cent of the people here?” And he just shook his head. There’s no way my accountants would let me get away with that. But I’ve got a real soft spot for Vijay. He always brings his mum down to the party.

The Red Bull party is very commercial, but can be fun. They construct a barge, with a swimming pool, right down on the water. It’s a full-blown hospitality suite, which must cost millions to make. Red Bull driver Mark Webber had a history of winning in Monaco and I remember one year he did a double backflip into the pool right before David Coulthard and I were about to interview him. So then all the Red Bull mechanics, many of whom used to be Jordan Grand Prix guys, picked me up and threw me in after him. Then they stuffed Coulthard in straight after me. I remember the BBC going absolutely ballistic because I still had all that expensive presenting gear on me.

In terms of locations for a great boat party, the Caribbean is hard to beat. You’ve got Green Island, all those little islands around Antigua, the BVIs, the Grenadines, Petit St Vincent. One year I was out there in Lush and I was coming alongside a very famous yacht to say hi, and the crew and all the guests let loose with water bombs. On board were Catherine Zeta-Jones and Michael Douglas, who had just come through some health issues, but he looked in great shape. They were on the boat with some other movie people and guys I knew from motor racing and we had a great night. Those kinds of impromptu gatherings are often the most fun. As we were leaving, they pasted us with water bombs again. We all reconvened a few days later on an uninhabited island and the chef did this amazing barbecue.

If you’re looking for islands to party on, buy an Oyster and join their World Rally – there’s one happening right now. You end up in some amazing places and they really do put on a good show. They have one in Mallorca, then one in the Caribbean – they take over English Harbour. I never thought I’d enjoy those parties as much as I did.

Sometimes they’ll make you dress up, and I always embrace fancy dress – though I’ve promised not to dress as a leprechaun anymore. I went to a party as Fred Flintstone recently and I think I made a very good caveman. I was very scantily dressed, and I could pull up my outfit to reveal my tiger print budgie smugglers.

The best fancy dresser by a mile is Prince Albert. He’s so good at it, you have no idea it’s him until he starts taking bits of costume off. The wilder and madder it is, the more he likes it. I’m looking forward to seeing what he comes up with at the end of season party this year.