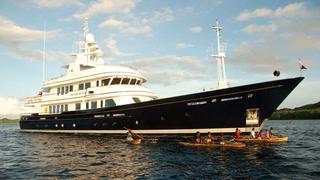 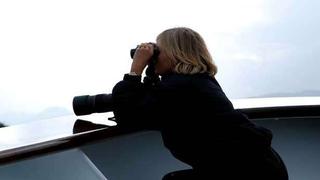 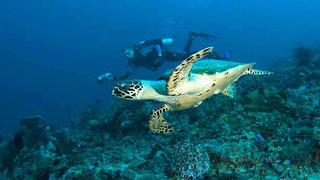 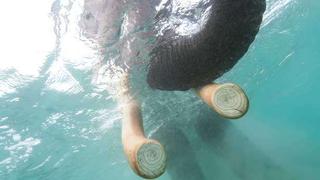 Following the sale of her food business, Nancy Mueller embarked on one of the greatest yachting adventures of all time. Aboard the 42.5m Feadship motor yacht Andiamo her 10-year global voyage of discovery, diving and photography covered more than 130,000 nautical miles. This is Nancy Muellers story.

The idea of cruising the world on a yacht had been inspired by earlier travels with my late husband, Glenn. We were both stunned at the sight of the many beautiful yachts stern-to in Portofino, with flowers and uniformed crew on the aft decks. The vision stayed in our minds through years of racing sailboats on San Francisco Bay and taking smaller cruising yachts from British Columbia to Acapulco. I didnt abandon the dream, even as a widow, and then remarried to Bob, and when I sold Nancys Specialty Foods, I knew the moment had come.

One thing I had learned from all those years of sailing was how I liked to use a yacht. I wanted it to have the capacity and comfort of a cruising superyacht, but with the look of a sailboat, so as not to look too glitzy and glamorous gliding into native bays in far away places. During the three years I spent creating my vision for the yacht, I dreamed and planned for every space on board, always aiming for function over form, practicality over show and usability for myself and my guests. I also had the all-important name-generation brainstorming sessions with friends and settled on the Italian Andiamo  it evoked my plan: lets go.

I hired Doug Sharp, of Sharp Design in San Diego, to develop the naval architecture specifications and Glade Johnson, of Glade Johnson Design in Seattle, to design all the interior spaces. Once that was done, I shopped with the two spec books among several yards, and the project was awarded in 2000 to the Royal Van Lent shipyard of Feadship. It took three years to build Andiamo, and the yard converted the design specifications into a fine superyacht that won the ShowBoats Design Award in June 2003, for the Best Full-Displacement Superyacht under 45 metres. The detailing within the classic dark-blue hull and white superstructure was typical of the workmanship of Royal Van Lent.

The design started with the galley, and a pot drawer large enough to handle the needs of eight owner/guests and 10 crew. This was a small restaurant kitchen afloat, and we worked outwards from there. The sundeck had a full galley with an Alto-Shaam oven for keeping dishes warm, a range, dishwasher, ice machine and two fridges. The sundeck was used for cocktails, dining and Tongan dance shows; with an eight-person hot tub for warming up after cold dives. The aft deck had an expandable table to accommodate four to 12 diners  supplementing the 12-guest dining saloon. We never flew in supplies, instead using the freezer to store meats and poultry, and buying fresh foods in local markets.

If food was a central plank to my concept for the boat, then diving was the other. Andiamo was fitted with a nitrox system to enhance the safety of the (approximately) 2,000 dives we made during the course of the circumnavigation. Two tenders with drivers and a dive master carefully shepherded guests and crew members from dive spot to dive spot, seeing the most incredible marine creatures imaginable. It fell to Captain Raymond Heer to plan most activities. The weather played a crucial role in deciding where we could cruise. Hurricanes were skirted in the Caribbean, while typhoons, monsoons and so-easters were avoided in South Asia.

Its fair to say we broke new ground on many of our excursions. How many yachts have sent tenders up the Metamami River, West Papua? Or cruised to Wabag in Northern Raja Ampat? Or been to Timor-Leste? Or been 110 miles up the Sepik River, Papua New Guinea? And how many were in Myanmar before the military junta relaxed its oppression? Andiamo has done all of that and much more. How did we accomplish this? Having run a business I learned to listen to my team in making decisions. All planning was done together and since the captain and crew were included on all excursions, there was a vested interest in making them meaningful and hassle-free. The captain achieved this over and over. It would not have worked without him.

I also typically brought aboard guests who liked to scuba dive and wanted to see the world  who would join me to explore the slopes of Mount Kinabalu and the Kinabatangan River in Borneo, or Inle Lake and Bagan in Myanmar. People who wanted to see the Komodo dragons, the mandarin fish in Palau, castles in Montenegro, the war rooms in Malta and how Dubrovnik was rebuilt after the war. Then there were hammerhead sharks on Cocos Island off Costa Rica, wineries and ancient Greek temples in Sicily, bears in Anan Creek, south east Alaska, whaling history in Nantucket, the post-9/11 rebuilding in New York City  I still havent mentioned all our destinations. A lot of South Asia is still unexplored by yachts and they were not ready for us in many places. Bali kicked us out as we were unwilling to deposit 10 per cent of the yachts value while visiting. Instead, we were welcomed by Timor-Leste. We also checked into Ambon and the Banda Islands, with such incredible diving that we went back years later.

A wonderful benefit of visiting all these places was the history we learned. It was fascinating to learn of the exploitation of the Bandanese by the Vereenigde Oostindische Compagnie (VOC  the Dutch East India Company); and then of the VOCs bankruptcy as it lost its monopoly. The trading of Bandas British island of Run for the Dutch island of Manhattan was a stunning change in the course of history.

I loved travelling in the comfort of my own yacht. The espresso machine was always ready, as was the pasta machine in the able hands of our chef Rose, a reminder of the Italian Riviera. We collected indigenous art along the way, and I have incorporated much of it into my home. The photographs take me back to the smells and sounds of the lands we visited. Now Andiamo _has been sold, and I may not build another superyacht, but for anyone considering doing so, it is the experience of a lifetime. Just plan to be aboard a lot, as it is a seductive lifestyle. I had to go home periodically to see my family, but it was hard to leave Andiamo.