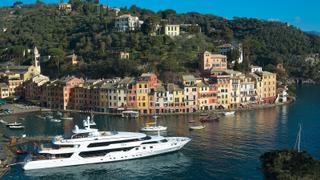 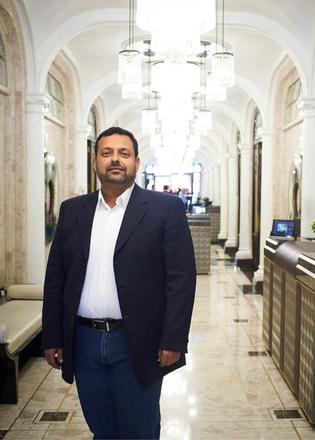 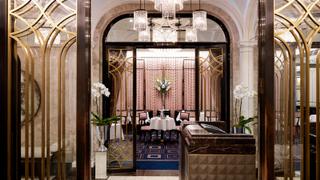 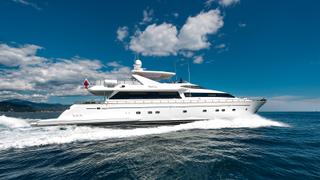 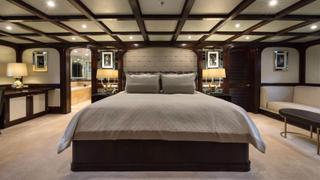 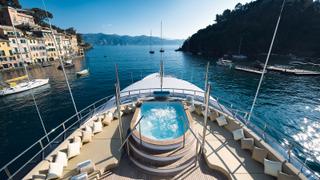 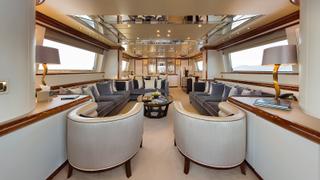 On board with Khalid Affara, hotelier and owner of The Wellesley

Four years ago property magnate and hotelier Khalid Affara had not spent even one night on a superyacht. Now, as he tells Sophia Wilson, they are the perfect – and profitable – partner for his London hotel...

“I have never chartered a boat in my life. The first night I spent on board was on the first boat we bought,” says the softly spoken Khalid Affara. “There is a learning curve with everything and for me boats have been a steep learning curve.”

For Affara, superyachts are about the business of hospitality rather than holidays and, despite his novice status, his idea to expand the concept of his luxury art deco London hotel, The Wellesley, to a superyacht has been remarkably successful, with the 56.2 metre The Wellesley nearly fully booked for charters this Mediterranean season.

We are discussing Affara’s venture into the superyacht industry on the Cigar Terrace of The Wellesley, the former underground station and latterly jazz venue on Hyde Park Corner in fashionable Knightsbridge that was converted into a luxury boutique hotel by Affara’s property company, Arab Investments, in 2012. The choice of venue is not surprising as Affara has a passion for cigars – a love that he has shared across his business assets both on land and at sea – and he slowly works his way through one as we chat, with the buzzing London traffic passing by outside.

Despite being something of a property mogul – the portfolio of Arab Investments includes Mayfair’s 11 Berkeley Street, the Mall of Berlin and the chain Coffee Republic – he is deliberately private and instead lets his projects speak for themselves. “I have always enjoyed building things. I think from day one I was determined to go into property development,” he says, with the slight Scottish accent that remains despite moving to London at the age of nine. “I enjoy the detail, I enjoy how the doors fit, I enjoy the actual mechanics of building something. I still get a buzz each time I drive by a building I created. I like thinking ‘we did that’.”

Affara’s first foray into superyachts was the 32.4 metre FalconThe Wellesley II, designed by Stefano Righini, which has recently been sold. “I approached The Wellesley II the way that I do my buildings, which is completely the wrong way to do it,” he admits. “Normally with a building if you spend money on it, you always get that back because the building appreciates. With a boat you have got to be sensible about the money you put into it.

“I also couldn’t get my head around why it cost so much more to build something on a boat than it does to build it on land. Then I found out it doesn’t, people just perceive that it does. There is no reason why a chair going on to a boat should cost twice as much as a chair going into a hotel. We learned that from the first boat, and the second now runs as a business: it actually makes money.”

His second purchase, The Wellesley, was built by Oceanco in 1993 but has been transformed into a modern charter yacht under the watchful eye of Affara and now features extended deck spaces and the same grand interiors as her Knightsbridge namesake. Every detail is connected with the hotel, from the 1920s styling and linen in the six guest cabins to the Arabescato Corchia marble and Hermès amenities in the bathrooms.

Affara’s passion for cigars has also been transposed on to the boat with a bespoke humidor housing a selection of fine cigars, including Montecristos, Cohibas and limited edition Bolivars, which guests can enjoy in the club lounge or on the connecting outdoor smoking deck.

The refit of The Wellesley in 2015 was initially meant to take only three months but in the end she spent a year at Sunrise Yachts in Antalya, Turkey, before attending the MYBA Charter Show in Genoa last year, where she was named Best Yacht of the Show.

Affara is clearly impassioned by the process of managing the yacht’s transformation. “People questioned why I was spending so much time on details like the layout of the bathrooms and it’s simple: it is because I enjoy it. I enjoy the process but I also take pleasure from seeing it working. If I can build something, add value to it, or create something the customer wants, uses and then says, ‘wow, what a great product’, then I get great satisfaction from that.”

For Affara the link between the hotel and the superyacht is fundamental to its success on the charter market but he also believes it benefits the hotel. “When we thought about going for a superyacht we considered it a two-way street, it is branding,” he explains. “Putting The Wellesley’s name on a big boat and sending it around all the big ports means people see it and start to make the connection. It is like a big advertising sign.”

As well as the matching interiors Affara ensures that guests can expect the same level of service and he is quick to credit his crew with the yacht’s success. He takes an equally hands-on approach to crew management and always stays on board during charter shows. “I have a relationship with everyone on board,” he says. “A lot of other crews are treated badly. I think my crew are loyal because I respect them for what they are doing, their experience, knowledge and skills, as well as the service they give to the clients. So I spend time with each of them, from the deckhand to the captain.

“The captains and engineers are on rotation, which I think is very important, especially when the boat is working both seasons. First of all, they don’t burn out as much, they are excited to go back to the boat, and they also have a chance of having a bit of a family life.”

Making some time to spend with his family is equally important to Affara. “I spend a lot of time in London but I travel every week,” he says. “One minute it is this property, one minute it is that property, that’s the business that I am in. I try to make it just Thursdays and Fridays that I travel, so that I am back at the weekend with my family.”

With four children spread across a nine year age range, including a newborn baby, family life is an equally busy affair. “It’s not late nights, it never ends,” he smiles. “When you talk about a late night, it implies that at some point you are sleeping. You don’t get that with a baby. You go to bed at night and then you wake up two hours later, so you never actually sleep. It’s hard but it’s incredibly rewarding. It’s the best feeling in the world.”

Around the yacht’s packed charter schedule Affara does get to spend some time on board and enjoys the friendly atmosphere of the Amalfi coast and exploring some of the Caribbean. “The children enjoy it, we get to use it off season,” he says. “The last time I took them was just after the Antigua Charter Yacht Show in the Caribbean. They loved it. They are young so they are not scared of anything – they jump in the water, they go on the back of the jet ski and they love the donuts. I get dizzy but they love all that.” While his children might be converts to life at sea, Affara’s wife is taking a little more convincing. “My wife doesn’t like the waves, she is a lady of the ground,” he jokes.

While family are the centre of Affara’s world he is adamant that The Wellesley is centred around the client. “The problem with the charter market is that a lot of people buy a boat because they want to use it and they design it around what they want. It is not designed for the charter market, it’s not designed around their customer. The Wellesley is about the charterer. It’s designed to meet their needs.” His focus is to run The Wellesley for profit. “This is a business, it is all about the charterer – they are number one. A lot of people might not want to own a boat that is very much business first, but I enjoy it all the more for that,” he adds.

Affara’s hospitality expertise has brought a different perspective to the charter industry and perhaps allowed him to find the golden ticket for making superyachts profitable. So will his fleet expand? Watch this space…

The Wellesley is available to charter with Thompson Westwood White Yachts from €220,000 per week.

My life in boats: Ricardo Baptista, owner of Carobelle