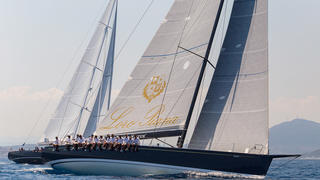 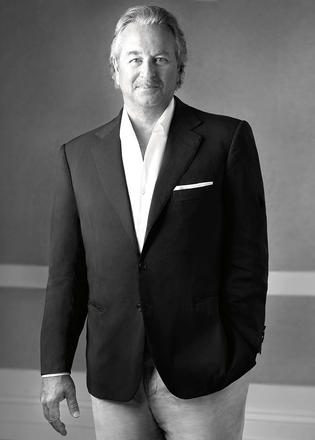 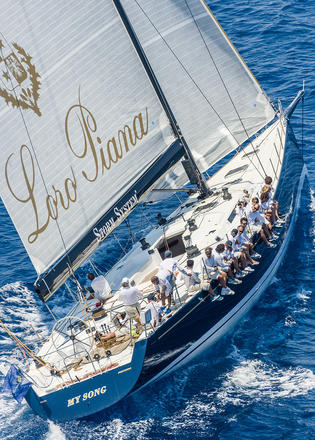 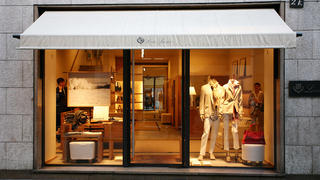 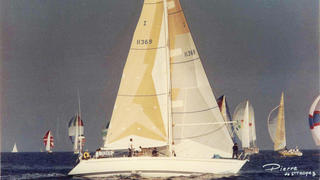 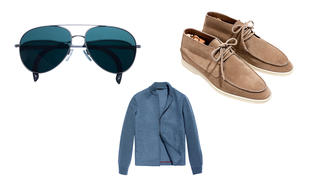 Whether its superyacht regattas or luxury clothes and goods, Italian connoisseur Pier Luigi Loro Piana celebrates the natural world in everything he does. As his newest yacht, My Song, takes the top spot at the Loro Piana Superyacht Regatta 2018, we revisit our 2016 interview in which he speaks to Boat International about creating this magnificent vessel and the years of experience that are behind it...

“In my new boat I’m using linen fibre to make bulkheads. In fact, I’m substituting linen everywhere. Where you are using glass fibre you can use linen. Floor, ceiling, infrastructure – this is 100 per cent linen, or linen and carbon. It’s an unbelievable material, the strongest vegetable material in the world and the most sustainable. To make a kilo of linen you use less CO2 than to make any other fibre. Linen just uses sun and rain.”

So says Pier Luigi Loro Piana, deputy chairman of the luxury goods company that bears his surname and which, in 2012, turned 200 years old. But as you may have gathered, tradition, while respected by the man, is something that in his view has to be combined with innovation.

The boat he is talking about will be the fourth incarnation of My Song. The first version launched in 1988, a Nauta 54 customised with the help of Mario Pedol, the adviser Loro Piana has turned to for some 30 years now for advice on how to design the interiors and engineering of his vessels. My Song number two was a Nauta 70 that sailed from 1991 and its successor arrived in 1999, a Nauta 84, made by Cookson in New Zealand and, again, designed by Loro Piana and Pedol.

It is this boat he is replacing next year with his linen-spec’d project, though he has been assiduously upgrading his 17-year-old sailing cruiser since launch. “I recently changed my batteries to lithium,” he explains. “I can switch on my air-con all night with no generator. That’s really comfortable. I strongly recommend it. You can sleep as if you are in a five-star hotel, totally silent. Last year was really hot, so I really enjoyed this new technology.”

My Song IV, he says, will be bigger. “We stretched the My Song concept to 130 feet. Because, you know, the children become bigger and I’m getting older so I need a boat that is a little bit more stable!"

What’s interesting here is that it is also My Song that Loro Piana races at regattas. As well as racing at St Tropez, he is also the host of the two annual Loro Piana regattas – in Porto Cervo and Virgin Gorda – run jointly by Boat International and the Yacht Club Costa Smeralda, of which he has been a long-time member. “The concept has always been a mix between cruising and racing,” he says. “We do minor changes to race – we take out everything that can be damaged and then bring the boat to life competitively. For another six weeks of the year it is a boat for vacations. The same boat. Perfect.”

The Loro Piana Superyacht Regattas came about, he explains, because back in the early noughties there weren’t really any organised races for this type of big boat. The Maxi Rolex competition was there for those who wanted to race seriously – “there were six or seven boats, it was spectacular to see them and some even switched to the America’s Cup” – but nothing for those for whom a 40 metre boat served as “a second house at sea”, he says. “The concept of the superyacht regatta came about to accommodate the desire of those who have a comfortable boat for cruising, but who also want to play with these incredible toys.”

To be more precise, it also happened because Pier Luigi Loro Piana moved in circles where friends, and friends of friends, liked the idea of getting together for some civilised competition in an environment that was also fun and social. This combination of performance and, for want of a better word, lifestyle is what underpins the Loro Piana family business, and explains the special character of the regattas.

Sitting in a beautiful Milanese restaurant over lunch, just around the corner from Loro Piana’s discreet head office, my host is friendly, engaging and low key, in the manner of a man who does not feel it necessary to try too hard. In his immaculate double-breasted grey suit, blue faint-striped shirt and navy blue tie, all finished off with brown tassel loafers, his grey swept-back hair and slightly rakish moustache give him the air of some sort of Italian industrialist-cum-professor. It is an impression reinforced as he talks of how he thinks that, in the future, boats will use micro turbines instead of generators, because the exhaust is clean, and how he now has a small collection of electric cars.

The Italian connoisseur lurks in him too, not in an ostentatious way but it is certainly in evidence as he orders a lovely red from Piedmont, his home region where the Loro Piana factory is still situated, and talks through the menu. He wonders if the cod is line caught or farmed, and as we chat it is apparent that mother nature is something of a muse for the man. He tells me of his home valley in the foothills of the Alps, of the river from which his industrial plant takes its water before recycling it. He speaks of the way in which Loro Piana has safeguarded the future of the vicuña goat in Peru, establishing the country’s first private nature reserve in 2008, and then extending its protection of the animal to Argentina. It has also partnered with Mongolian and Chinese breeders of the goats from which cashmere and baby cashmere come. In fact, Loro Piana is the world’s largest producer of baby cashmere yarns and fabrics.

For him sailing and nature are totally entwined and huge passions. It was a friend of his parents who introduced him to sailing when, at 18, he was invited to crew an 11 metre boat from Genoa to Elba. “I discovered that like when you go skiing, sailing puts you into a new balance with nature,” he says. “I’ve always been attracted by nature and the sea. I grew up in the country; I need green to live. And the sea is a big element of the natural world. I want to be outside and sailing represents the ultimate way to be outside, far from coast, far from cars, far from town, far from traffic. You just leave everything behind.”

In three days he was hooked. The family friend convinced him to attend a sailing school, Centro Velico Caprera in Sardinia, and after 15 days of lessons he could handle a boat himself. It was, he says, like learning to drive a car.

His first purchase was a 4.35 metre Strale, which he bought with a friend. With a faded blue hull and a mahogany interior, they called it Barolo, after a local grape variety, because of its purplish colour. He’d take every opportunity to sail this down the coast, however slight the wind, and kept it in winter on Lake Orta. “We took it everywhere on a trolley,” he remembers.

Then came a 6.3 metre Yngling and an Avventura 703, designed by Andrea Vallicelli. Through this project he met Mario Pedol, who, he explains, he has become friends with and whose judgement he trusts. “He is a boat designer who has an engineering company. He works with more specialist architects, like Bruce Farr, like Vrolijk. He is the number one in Italy in my opinion. Most importantly, he knows exactly what I want. He really understands my taste.”

This is praise indeed as Pier Luigi Loro Piana must be a difficult man to keep up with and please. A restless pioneer, he has taken the family business, with its two centuries of fabric manufacturing expertise and, since the mid-90s, transformed it into a global luxury brand, famed for its exquisitely comfortable and chic products. But, unlike many who inhabit this market, Loro Piana’s point of difference is that it designs accurately and authentically for an active lifestyle. “We engineer a classic, contemporary look,” he says, “but from a technical aspect it has to be impeccable. And we’re a brand that’s using mostly natural fibres.” In this context, sailing becomes a type of laboratory.

Take the company’s famous Storm System, in which Loro Piana takes natural fabrics, including cashmere, and makes them completely waterproof and wind resistant, before fashioning luxurious jackets and coats out of them. “The best way to learn if what you make performs well is to do an activity like sailing, using pure wool or wool-and-silk waterproofed fabric instead of nylon. Waterproofed cashmere also means you can go into very cold environments – like when skiing. We try these things in true competitions. In a regatta, for example, my team is really stressing the products. Every year we try something new. Maybe we are experimenting with fibres like linen to make special pants, or using special cotton for tops with long sleeves to see how that fabric protects you from the sun, and how comfortable it is in a warm environment. We try to understand the limits.”

But Pier Luigi is clear that everything is done with his customer’s style in mind. “We engineer the product my customer appreciates. We aim for the ultimate quality, to be comfortable and to try to give a touch of style and elegance. Think of a banker, or doctor. Imagine him during the week in

a double-breasted suit, or coat. When you see him skiing or sailing, why should he look like an astronaut in funny colours and materials?”

He gets animated when he discusses the new 100 per cent linen trousers he has made for his sailing team. “Plain, with a double twist. The yarn is twisted, which in linen is not usual. It creates very comfortable pants, shorts and long; extremely durable, fresh and porous.”

Loro Piana concedes that he has been lucky that people still regard natural fibres as a mark of luxury and quality. “But it’s not only luck,” he observes. “Our bodies want to wear natural fibres. Even in sportswear sometimes you cannot perform as well in man-made fibres. It’s true that astronauts got to the moon in Kevlar and carbon fibre, and my boat is made in carbon fibre. But I believe you should use man-made fibres when you cannot use other materials. Not because they cost less. It looks cheaper now, but tomorrow to get rid of this fibre it will be very expensive.”

This is why, he says, his company has pushed research on man-made fibres – “so we can move from man-made to natural, and sailing, skiing and horse riding teach us to do that. That is why I like to call my boat a research lab.” Then he adds: “But this is also something of an excuse, as I go on my boat because I like sailing.”

Video: The best moments from the Loro Piana Superyacht Regatta 2016