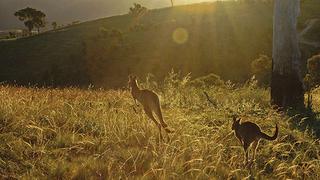 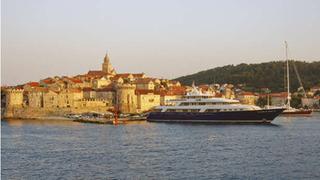 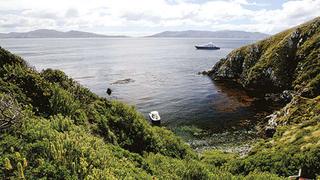 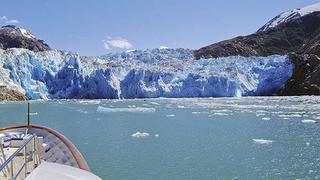 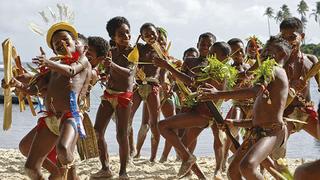 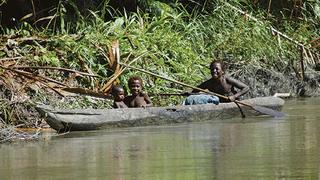 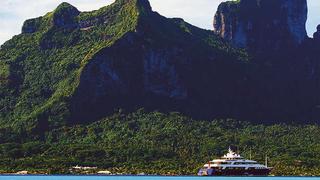 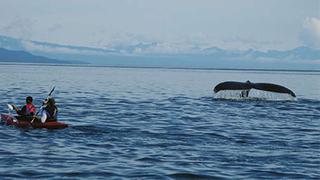 "'Kangaroos! Kangaroos! Kangarooooos!' was called out in excitement, startling us from the quiet of our drive from Cairns Airport to the marina. Within seconds we were scrambling out of our vehicle and into an open field, where we quickly came upon more than 30 wild kangaroos grazing on the dew-soaked grass in the morning sun.

"We were, after all, in Australia, and what better way to begin another exciting adventure aboard the 73 metre adventure yachtLaurel than a breakfast with marsupials?"

So reads an excerpt from Laurel's logbook.

That kangaroo encounter was in 2008, when Laurel was two years into her 120,000 nautical mile global adventure. Discovering the Great Barrier Reef was the focus of this particular itinerary for her owners and guests.

An overnight passage brought them to Lizard Island, where the anchor was dropped and they enjoyed a sunrise hike to Cook's Lookout, the vantage point from which Captain Cook first took in the magnificent reef. The following days were filled with diving and snorkelling adventures in the world famous Code Hole and along the Ribbon Reef sites Pixie Pinnacle, Andy's Postcard, and Clam Gardens, discovering an underwater world teeming with colours and curiosities.

The journey had begun in the spring of 2006, when 73 metre steel/composite Laurel was launched into the Squamish River at Delta Marine shipyards in Seattle, Washington, US and headed to Puget Sound for sea trials. She then made her way down the western coast of the US and Mexico, through the Panama Canal, and crossed the Atlantic for her first guest experience in the Mediterranean.

Purpose built for remote, expedition-style cruising, Laurel was the vision of experienced owners who assembled an expert team to design and construct a yacht that met their exacting criteria. Planned and fitted out to the smallest detail, Laurel's mission was to take her owners and guests around the world in ultimate comfort, with the utmost of ease and efficiency.

The owners were already adventurous, having cruised Alaska, Russia, the Baltic Sea, Galápagos Islands, and Canada in their 48 metre Feadship. Laurel would provide a larger platform, on which their exciting itineraries would not be compromised by weather conditions.

So it was, in 2006, that Laurel's owners came aboard in Venice, Italy and departed for the Croatian Adriatic to discover the enchanting ports, sun-kissed islands and ancient coastal towns that dot the Dalmatian Coast. Uncovering the best-kept secrets of this corner of the world, guests meandered through the cobblestone streets of medieval villages, visiting Roman ruins and enjoying fresh local seafood and produce.

Laurel cruised through the Kornati archipelago to the small fishing town of Vinice and on to the beautiful and historic towns of Trogir and Split. Ending the Croatian visit in the romantic, walled city of Stari Grad in Dubrovnik, Laurel made her departure for Greece and the Greek Islands.

To access the Greek isles Laurel had to pass through the three nautical mile-long Corinth Canal that connects the Gulf of Corinth with the Saronic Gulf in the Aegean Sea. The canal cuts through the narrow Isthmus of Corinth that separates the Peloponnesian peninsula from the Greek mainland. At its base, this canal is only 21 metres wide, which meant navigating the 12.26 metre wide Laurel required extreme concentration from her captain, David Clarke.

"One important thing to learn when it comes to helm control is the ability to maintain a constant heading for a long period of time," he says. "Doing two to three knots for over an hour requires a high level of concentration and feel. This was not an uncommon situation as the owners loved to get up close and personal no matter where we were."

From Greece, Laurel travelled to Turkey and cruised along her western coast, through the Sea of Marmara and the 20 mile-long Bosphorus Strait that separates Europe from Asia. On reaching Istanbul, her guests toured the Old City, the Blue Mosque, the 6th century Hagia Sophia, and the amazing spice market.

Rounding out 2006 and her Adriatic and Mediterranean adventures in Italy and the south of France, Laurel crossed the Atlantic once again and spent time in the Caribbean, before making her way back through the Panama Canal, up the western coast of the United States to Alaska.

Navigating in and around ice flows and enormous icebergs in the fjords of Glacier Bay and Tracy Arm, Alaska, Captain Clarke positioned Laurel to within a quarter-mile of the face of a glacier and launched the tender and kayaks so the owners and guests could experience ice calving and catch a glimpse of speckled white harbour seals sleeping atop the icebergs.

Humpback whale sightings were daily, as the crew discovered a pod of 15m-plus humpbacks feeding on the small fish and krill. Once again the guests took to the water in the tender and kayaks to experience the thrill of the whales breaching and feeding around them.

The time passed quickly, and Laurel headed back through the Panama Canal, stopping along the Yucatan Peninsula before departing in early 2008 for the Society Islands of Tahiti, Moorea, Tahaa, Huahine and Bora Bora in French Polynesia.

Here Laurel's owners and guests experienced the perfect South Pacific island experience, from the bustling markets of Papeete to the tranquil family Black Pearl farms, and tracing the steps of Captain Cook in this area that is so rich with nautical history. Then it was on to the Tuamotu Archipelago.

Laurel navigated into the protected lagoons throughout this group of 78 atolls, through narrow passages in the reef, formed by prehistoric rivers that flowed from ancient volcanoes. The drift diving experiences here were amazing, with schools of dolphins, large predator fish, giant clams and current-riding turtles.

The highlight of the Tuamotu experience was a shark-feeding drift dive in the southern passage of the Fakarava Atoll. Each dive was more breathtaking than the last, and when the guests were ready to come aboard they simply surfaced at Laurel's stern and climbed out of the water into her beach club.

After Fiji, Laurel went on to Australia and the kangaroos before travelling on to Papua New Guinea, to the north, where the guests arrived on board at the port of Alotau. Home of the largest intact rainforest outside of the Amazon, Papua New Guinea comprises more than 600 islands and boasts at least 800 indigenous languages.

Exploring the many villages and islands illustrated the warmth and friendliness of the Papua New Guinean people and their adeptness at handicrafts. Villagers often flocked to Laurel in their dugout canoes, selling their produce and fresh catch along with artefacts and carvings. The village children were treated to tender and Jet Ski rides with the crew and the guests even enjoyed a game of rugby with the villagers.

Laurel spent several days cruising up the Sepik River where ceremonial painted faces, welcoming smiles and laughing children running along the waters edge will forever be embedded in her guests memories. "Papua New Guinea was the most amazing place we have ever cruised," says Clarke. "The villages were very natural; the people were wonderful."

Across the Atlantic once again, Laurel made her way to Santana, Brazil, and the mouth of the Amazon River, to begin a 1,100 nautical mile trek up river to Manaus, where the owners joined. The dichotomy of this area - remote farming villages showing signs of commercialisation with concrete structures and incongruous satellite TV antennas - was in such stark contrast to the experience in Papua New Guinea that this expedition paled in comparison. "Perhaps if we had gone to the Amazon first," says Clarke, "it would have been a better experience."

In early 2009 in Patagonia, South America, Laurel performed her best in challenging conditions. The guests came aboard in the Straits of Magellan and Laurel then departed for the Beagle channel and the Chilean fjords of Tierra del Fuego.

They lunched near the face of a mile-long glacier beneath a 3,000 metre-high snow capped mountain amidst sea lions and penguins. Hiking, fly fishing, canoeing and whale watching were daily events here, but the power of the Southern Ocean in the famous Cape Horn region were indicative of just how unforgiving mother nature could be.

"We experienced very rough, windy conditions," says Clarke. "At times it was brutally cold, with a lot of fog, blowing 50 knots every two to three days. And then some days it was absolutely beautiful with blue skies."

Laurel's side tender garages worked extremely well here, as it offered the ability to launch a tender quickly without having to lower the stern door. The owner could be aboard the tender in less than five minutes. "We didn't even have to drop anchor," says Clarke.

This kind of efficiency was well planned at the genesis of the Laurel build. "From the very beginning we knew we would be adventurous and had to get an operation in motion that would allow us to be extremely efficient," says Clarke.

Each and every itinerary was planned in 15-minute intervals and executed without fail to accommodate the owners' very busy schedule. "This kind of planning that is paramount when undertaking an itinerary even half as ambitious as Laurel's. Have a general plan of where you want to go, how you'll get there and what you will do," advises Clarke.

"Also consider the visa requirements of your crew for the areas you wish to visit. Make sure you are complying with customs and immigration regulations and World Health Organisation requirements. A planned maintenance schedule is key on any yacht, but on adventurous yachts it allows you to control its maintenance, so it doesnt control you," continues Clarke. "Things tend to break at the most inopportune time. Laurel carried about £400,000 worth of spare parts on board."

Laurel utilised a lot of local provisions during her travels and fuel was easily accessible, although outrageously expensive. During Laurel's busiest year of travel, 2007-2008, the price per barrel hit its highest levels and the fuel budget hit $2 million (£1.58 million) for the nearly 40,000 nautical miles travelled. There are some things you can't control, and the price of fuel is one of them.

Beyond Chile and Galapagos, Laurel spent the remainder of 2009 cruising Panama, Colombia, and the eastern seaboards of the US and Canada. By 2011 she was across the Atlantic again for a trip to the UK, then back to Palm Beach and across once again to Malta, Genoa, Monaco and Valencia.

When Laurel was opened to the superyacht press for the first time at the 2011 Fort Lauderdale Boat Show, one element which stood out to all who stepped aboard was that she looked brand new, throughout. How was she so well maintained after nearly six years at sea, without a refit?

Captain Clarke credits a heavily documented, high-standard policies and procedures manual that details how a room is to be cleaned, how the engine is to be maintained, when equipment is to be serviced, which products to use on each surface. "We Laurelise our crew," says Clarke. "We have a very strong core group of people who have been aboard a long time. Crew is a very important part of this; you need consistency to deliver the same product day in and day out. If you believe in it, it works."

Laurel spent the first months of 2012 staying relatively close to home, apart from a crossing to the Genoa show in Italy. Now for sale (and charter) through Fraser Yachts, she stands at the ready to take her new owners on the journey  or journeys  of their lifetime.