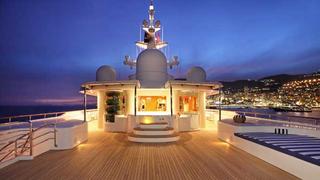 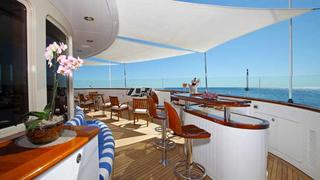 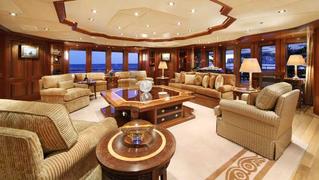 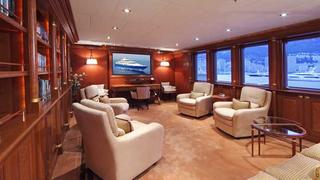 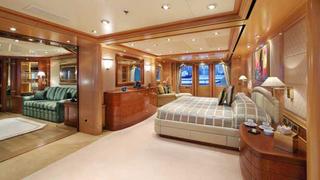 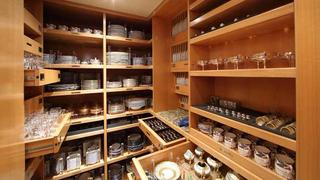 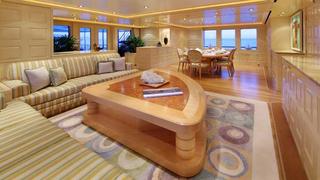 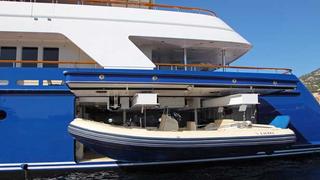 Built under conditions of secrecy for experienced owners, the 73 metre Delta yacht Laurel held a notable number of superlatives at her launch in 2006, among them the fact that she was the largest yacht built in the US in 75 years. She was also the first yacht of her size to feature an entirely composite superstructure from the main deck up. Today, after being shielded from the public eye for nearly six years, one additional superlative surfaces: Laurel is one of the most functional and well-designed large yachts on the water.

Six years ago, Delta Marine Industries quietly delivered the superlative superyacht to her owners, and without fanfare she disappeared over the horizon, embarking on a trek that would take her owners and her loyal crew on a 120,000-nautical-mile adventure to exotic ports of call around the globe. During this time she remained shrouded in secrecy, completely off limits to visitors, wishful charter guests and certainly the superyacht press.

Laurel was the vision of experienced yacht owners who selected Delta when they were ready to move up from their 50 metre Feadship. Surrounded by the expertise of their build captain, project manager and engineering consultancy team, the owners met with the Delta Design Group to discuss what would become Americas largest  and most functional  yacht.

As is common with many custom builds,_ Laurel_ grew in length as her owners wish list expanded. In the early stages she was envisioned at 60 metres but quickly grew to 69.5 metres in order to carry her three custom-designed Nautica tenders. However, her profile, drawn by Donald Starkey, then looked disproportionate to the owner, so he asked for her bow to be extended to improve her rake and sheerline. Adding a swim platform on her stern increased her again, bringing her to her final length of 73 metres.

This progressive length increase had some not-so-obvious, but quite significant, add-on effects: it increased the boats draught to 3.65 metres, which allowed for a tank deck, and then, for her tank deck to be efficiently designed. This deck now serves as the epicentre of a precisely managed yacht

Captain David Clarke ran the owners Feadship and acted as Laurels build captain. We followed two philosophies during the build, he says. The first was that equipment was to be in either of only two places: where is it being used or where it is being stored. The second rule was that anything greater than one cubic foot needed to incorporate storage of some type.

To say that functionality is the theme of Laurels layout and design might not do the boat justice, but the concept of functionality inspired every single space on board. Functionality impacts the crew, says Clarke, and when we can work more efficiently, we can give better service to the guests. To that end, the owners gave Captain Clarke and his crew wide latitude to incorporate significant design and layout elements with the crew in mind.

The emphasis became utilising the large tank deck to its fullest potential. This deck houses not only the laundry room, refrigerators/freezers, crew gym and a waste management room, but also a most impressive number of storage rooms and cabinets dedicated to specific inventory items, each area meticulously labelled and organised.

Also located on the tank deck is the crew galley. Most of the cooking on the boat takes place here. Interestingly, however, the crew mess is not found here; it is located two decks above, forward on the main deck, in the space typically reserved for owners. Situating the crew mess forward on the main deck was a calculated decision, says Clarke. This part of the boat is the most uncomfortable and most noisy when underway, and we didn't like waking the owners when bringing up the anchor or using the bow thruster. The area is large and bright, with plenty of seating areas and tables to starboard and a lounge to port. Crew meals in buffet warming servers are brought up via a food lift from the tank deck.

The ability for crew (the maximum of which can number 25) to move about the yacht unobtrusively was another primary consideration in the layout. A wide set of stairs originates amidships on the tank deck and climbs to the sun deck, permitting crew quick and easy access to service and guest areas without interrupting guests. A second crew stairwell farther forward allows efficient flow between the crew spaces on the lower three decks. Provisions are loaded and frozen garbage leaves through a dedicated port entry door in the hull on the lower deck. In addition, crew can come and go through this door when at anchor, so the stern beach club remains a guest-only area.

The owners suite and study is comfortably positioned amidships on the main deck, just aft of the crew mess behind a soundproof bulkhead. A hallway and starboard-side lobby lead aft into the dining and main saloon.

The main galley is also situated on this deck and is a mirror layout to the crew galley two decks below. Most of the prep work for any food service will be handled in the crew galley, then sent up via the food lift to the main galley for cooking when guests are on board, a process that the chefs maintain works well.

Each deck includes a dedicated buffet and pantry area, and each area is equipped with its own set of area-specific glassware, china, cutlery, napkins and accessories. But, it is the dining room on the main deck that sets a standard that all other builds will envy with cabinets and drawers that store a dizzying array of tablecloths, candles, napkin rings and accessories, all within easy reach for the stewardess to quickly set up and dismantle and store after the meal.

Intelligently, china, glassware, coffee cups and cutlery are not stored here, rather they reside in a dedicated china store just forward of the galley. The flow is brilliant: plates can be brought from the china store to the galley for food plating, returned to the galley to be washed and then easily stored.

The themes of functionality and efficient flow continue throughout the boat, from the hidden storage in the main saloon sofas and skylounge ottomans to the dedicated champagne glass storage in the sun-deck buffet. The exterior areas can be quickly set up for entertaining with everything necessary at hand  no need for the steward to run to/from the dining room with plates and glasses.

The guest experience aboard_ Laurel_ is further facilitated by what Captain Clarke calls a service from afar approach. Strategically positioned cameras monitor the dining areas throughout and have the ability to zoom in on a guests drink or plate, alerting the server as to the status of the meal without the need for attendants to hover.

The engineers space, engine room and tender garage aft continue that model of efficiency. Those tenders that inspired Laurels remarkable layout stow comfortably in the large garage and are launched by overhead gantry crane through an upswing side door. Above one of the tenders is pull-down storage of wakeboards and skis, ready to be displayed for quick selection. Farther aft, the spacious beach club features dive bottles in custom-built cubbies that can be easily filled in their positions.

Six years after her delivery, Laurel no longer carries the distinction of the largest yacht built in America, but she is still one of the most functionally designed yachts on the water. Now for sale and offered for charter to select clients, Laurel will have the opportunity to wow her new owners and lucky guests with luxurious accommodations and five-star service from a very happy, well-accommodated crew.