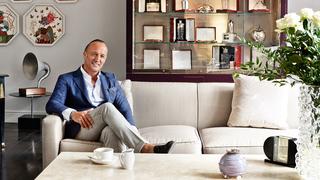 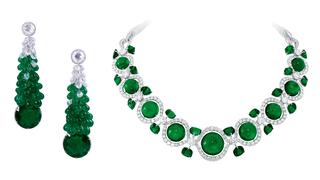 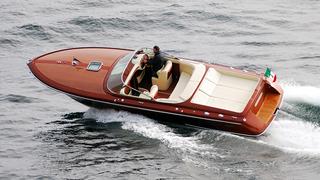 A gem among jewellers: Glenn Spiro, founder of G London

For Glenn Spiro, founder of G London, fine jewellery is like a superyacht, says Annabel Davidson – a one-off creation for “people who appreciate wonderful things”.

Some people’s idea of heaven is owning a pair of chandelier earrings, tumbling with slices of rubies, say, or an arching diamond cuff run through with a seam of emerald beads. Glenn Spiro, the London jeweller who includes both such pieces in his repertoire, has a different version of bliss, however. “It is being aboard my wooden Colombo _Penelope _boat with my family and nothing but the Med for miles around. I still get so excited every time I take the boat out on the water,” he admits. “I am truly happiest when it’s just me, my family, the boat and the ocean.”

Spiro has been in the jewellery business for decades as a dealer, designer and manufacturer of extremely high-end pieces, for his own clients and some of the world’s most famous jewellery houses. He has access to the rarest and most desirable stones, thanks to close relationships with gem dealers the world over, and a knack for setting them off with just the right design without compromising their beauty.

A perfect D-flawless 10 carat diamond doesn’t pop up on the market every day, but you can guarantee that when it does, his team will set it in a design that honours the stone – no fussy claw-set solitaires here. He has recently installed his label, G London, at Harrods – the first time the public has been able to view his exuberant designs without making an appointment at his private salon in Mayfair.

So, which baubles does this jeweller’s jeweller consider appropriate for wearing on deck? “There are no rules,” he says. “Absolutely anything goes. From big, beautiful diamond bracelets and chandelier earrings to a pair of wood and tourmaline earrings. There’s no right or wrong these days.” Perhaps not, but it’s fair to say a big diamond bracelet by Glenn Spiro, often flexibly set in feather-light titanium and made to caress the wrist just so, would be a sight more comfortable to wear on deck than a large, traditional one, heavy with gold.

He worries it may sound “smarmy”, but admits that he uses the colour of the sea to describe sapphires and coloured diamonds. “A Kashmir sapphire should have the colour of the Sardinian sea,” he says of stones from the Kashmir region in India, known for their deep, velvety blue hue. “But a Ceylon sapphire (from Sri Lanka) should be more like the Caribbean sea – more open and opaque. I often say when looking at a really good blue stone that it’s like being in the middle of the ocean.” One necklace featuring a large, irregular cabochon sapphire is strung on a necklace of jagged diamond beads, spraying out in a V-shape just like the wake of a jet boat. The maritime reference may not be intentional but it’s very effective.

Who does get to wear G London jewellery? “Clients from all over the world,” he answers. “Not loads of clients, but the correct clients – people who appreciate wonderful things.” Spiro admits that, like big boats, his jewellery isn’t accessible to everyone. “We’re a very small company,” he says. “There are a limited number of people who have the style, conviction, confidence and financial ability to own fabulous jewellery, especially the things we make. It’s no different to the art or superyacht world.”

Thanks to holidaying in the South of France, Spiro has noted with some concern the growth of the superyacht industry. “I recently said to my son (who has joined the family business) that what we see on the water now is not how the boating world is meant to be,” he says. “When we were last in France, the water was completely filled with boats, more boats than actual water. But boats used to be for the privileged few – an aspiration and a dream.” But if he’s worried that boats have become too common, that’s not something he fears for his jewellery. By necessity, his pieces are all one-offs and not for the mass market. “We use truly fabulous, rare stones,” he says. “And there’s a shortage of those. That’s why we work with our bespoke clients on a very personal level to get them what they want, and to create something completely unique for them. It’s a relationship that almost always turns into a friendship.”

And as his designs almost always start with the stone, the process is necessarily led by the gem. “It’s a case of waiting to see where the wind takes you,” he quips. “You hoist the sails and away you go.”

Annabel Davidson is editor of Vanity Fair on Jewellery