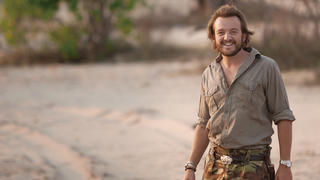 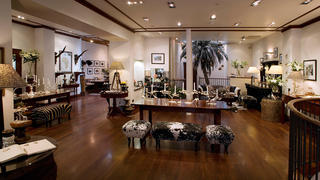 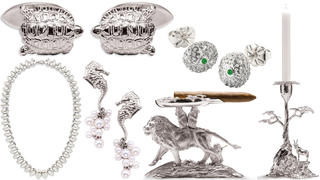 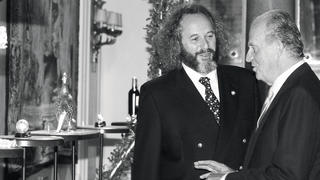 A safari in silver: Inside the Patrick Mavros jewellery empire

Downstairs at Patrick Mavros’s store in Fulham, London, surrounded by a wonderland of silverware in everything from napkin rings to cufflinks to coffee spoons, Alexander Mavros insists that I see a side room. “The Queen has visited this room,” Alexander, one of the four Mavros sons, says proudly. So she’s a client? “We would never reveal that,” he deadpans. Discretion is key for this Zimbabwe-based luxury company, which won’t comment on who its clients are. Luckily for them there is plenty of photographic evidence about – the Duchess of Cambridge in the firm’s crocodile stud earrings, for example.

But even without the Royal connections, wandering into the store is an almost mystical experience. It is as if some sort of ice queen has visited overnight and touched everything with a magic wand: polished, gleaming silver glints from every corner; shelves of silver cups hold bunches of silver cocktail stirrers, astride which cling tiny silver monkeys; candelabras in the form of acacia trees and date palms, interspersed with giraffes, meerkats or kudu, take up entire tabletops; silver sculptures of wild turkeys, dodos and cheetahs variously perch and scamper about the store.

The colour may be uniform – a highly polished metallic white – but the variety is anything but. In terms of texture, scale, subject and detail, it feels like absolutely everything from Africa’s natural world has been rendered realistically in the precious metal. (And if silver isn’t precious enough for a client, the items can also be made in 18kt gold.)

Like all good brands, Patrick Mavros has a charming tale to illustrate its beginnings. Thirty eight years ago a young Patrick, then a soldier, crafted a pair of rosebud earrings for his wife, Catja. She wore them on a visit to her hairdresser, who wanted some for herself. And, thus, a family company was born. The four sons – Alexander (37), Forbes (36), Patrick Jr (32) and Benji (29) – all work full time for the company, alongside their father, while Catja remains the eternal matriarch.

“She’s the queen bee,” says Alexander admiringly. “Her style is what underlies everything.” One might think sibling rivalry would come into play but the family set-up works. “Thankfully we play to each other’s strengths,” he says. “It is as great a blessing as I could wish for, working with my brothers.”

Today, based at the family’s homestead outside Harare, Zimbabwe, the Mavros empire extends to Nairobi, Kenya and Mauritius, where it operates stores, and London. Also in Mauritius is Forbes Mavros, who focuses on production and design for the company, and whose island home is the inspiration for many of the company’s nautical items. He is a boat lover and bought and restored a classic pirogue, naming her Flying Skilo after his beloved daschund. A recent collection of sea-inspired jewellery features silver sea urchins teamed with blue topaz, pink coral, green chrysoprase or pearls to be worn as studs or drop earrings. There are starfish studs, dangling seahorses and even crocodiles to dangle from the lobes. But it’s the big commissions for boats that really show off the silver sea life.

“Commissions are a huge part of our business,” explains Alexander, who is in charge of retail and marketing. “We’re constantly working on large commissions for boats. In fact, we’ve just finished making a 24 foot long table piece consisting of a set of flying manta rays interspersed with sea urchin candlesticks.” And this is all cast in silver, of course.

These vast commissions always start with a visit by one of the Mavros family to the boat. “We need to go aboard to get a sense of the owner’s style, the superyacht interior and how the piece will be lit,” says Alexander. All Mavros pieces are created by a process known as lost wax casting, which involves an original wax model being carved, then encased in liquid rubber to create a mould. From this another wax model is created, then set in plaster of Paris before being melted away, leaving a plaster shell. This shell is filled with molten silver, which, once cooled, becomes the final product after cleaning and polishing. Imagine that process when applied to a seven metre long candelabra for a yacht.

To really understand the artisanal skill that goes into every piece, from a tiny teaspoon with a little whale embellishing the stem to an enormous sculpture of two dodos watching over an egg, you need to get close to the work. Even the smallest elephant has tiny wrinkles around its eyes, while a big pangolin sculpture has each scale so perfectly rendered you half expect it to be warm to the touch. Silver date palms look like their leaves could be plucked off, while a trio of hawksbill turtles seem to defy gravity as they paddle around a branch of coral.

This detail is what makes Patrick Mavros’s products truly luxurious – that and the unwavering ode to Africa and its flora and fauna that is the company’s hallmark. “We like to think that we’re the definitive African luxury brand,” says Alexander. “We’re synonymous with the best of Africa, and that won’t change.”