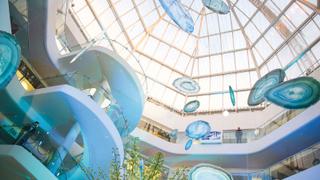 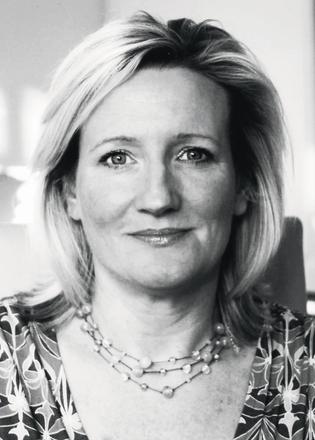 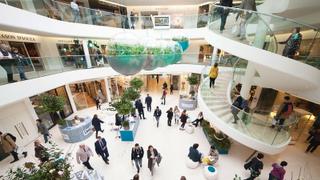 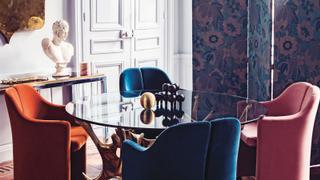 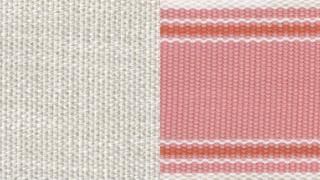 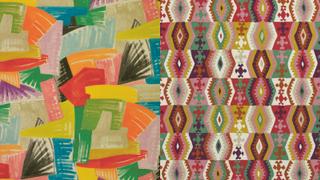 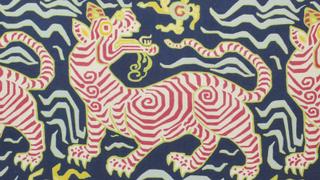 Ahead of the curve: Claire German, managing director of Design Centre, Chelsea Harbour

Claire German has made Design Centre, Chelsea Harbour not just on trend, but ahead of it, says Ticky Hedley-Dent...

"I think the stark minimal look is over,” declares Claire German, managing director of Design Centre, Chelsea Harbour in London – and she has the authority and knowledge to make such a sweeping statement. German is something of a dynamo in the interior design industry: after earning her stripes as publisher of House & Garden, she took the helm of the Design Centre in 2010 and transformed it into a mecca for high-end design.

In the nineties and early noughties the Design Centre was “a soulless, tumbleweed towers” sort of place, says German. In 2003 it was bought by Terence Cole and Mark Steinberg. They invested in a £6 million refurbishment and in 2010 brought German on board. “I inherited a strong platform. Mark and Terence’s vision was to turn it into the world’s best design centre, recognised internationally, and they have absolutely achieved that. We are the only Design Centre in Europe.”

There are now 120 showrooms and more than 600 of the best international brands, with a waiting list of designers wanting space on the premises, which are currently undergoing an expansion. A nerve centre for designers, customers and for those with a passion for design, it is the first stop for anyone embarking on a new yacht interior or residential project.

The secret of German’s success lies in recognising the value of this design community’s expertise. “I applied that publisher skill of promoting a community, building loyalty and creating an ecosystem, so we are not seen as just landlord and tenant: what we do here is creating trends. We hold two shows a year to launch new collections, host press previews before the shows and then present the year’s new trends.” Hence that earlier statement on minimalism: the current design trends point towards colour, texture and an appreciation of craftsmanship and provenance.

When German started, they held four events a year: now there are 45. Unsurprisingly, she is a very hands-on MD and regularly does rounds of the centre (although she is more twinkly fairy godmother than formidable matron). “When you walk around, you see people standing in the domes holding up bits of carpet or fabric and maybe a bit of silk lampshade, pulling all the design elements together. It’s very inspiring.”

The discreet vibe of the Design Centre means it attracts a host of high profile clients. “We have royalty flying in, actors, pop stars... They come, they source and they are not disturbed.” The Duchess of Cambridge was a regular visitor when they were doing up Kensington Palace. Gwyneth Paltrow and Tom Ford have also been spotted browsing in the domes. With a private members’ Design Club (for which you can also get project or day membership), personal shoppers and a designer-sourcing service, the centre attracts a sophisticated client base. “It’s very international,” says German, “customers have five-plus houses, possibly a yacht; they are confident, very brand aware and have used designers in the past, but feel it’s time to do their own thing. What they like here is that it is a curated selection of the very best.”

Superyacht designers Terence Disdale and Winch Design are big supporters of the place. “There is a huge amount of bespoke work that goes on here for superyachts,” German adds. “Studio Indigo commissioned embroidered cushions from Holland & Sherry for the main saloon of the Joy motor yacht and there were carpets by Tai Ping for Faith, a recent winner of Boat International’sDesign & Innovation Awards.” Herself a judge for the awards, German believes that “from a design point of view, owners can make their mark: it’s their sandpit they are playing in, and they can create anything they want. What is fascinating is the dedication and the striving for that bespoke, not-seen-before opulence – and it’s beautifully produced.”

The striving for excellence and distinctiveness is something German knows all about but, just like the discreet nature of the Design Centre, she wears it lightly.

The Look: Luxurious fabrics in a palette of blue and green.

The Look: Simple materials, with just a hint of raspberry in the cushions.

Try: Whippersnapper outdoor fabric in sea salt (left) with a Band It border in tutti frutti from Perennials at Sutherland Perennials Studio (right), plus Holly Hunt’s Boardwalk fabric in sandbar from Fox Linton to add texture.

The Look: Headboards are back, and it’s all about texture and playful pattern combinations.

The Look: Artistic and ethnic influences, bold and neutral tones and interesting textures.

Try: The Tibet pattern of a tiger by Clarence House from Turnell & Gigon (above) makes a bold statement on the dining chairs, while the Odisha Ikat fabric echoes the bright blue water.

Refresher course: How a design makeover can breathe new life into your superyacht