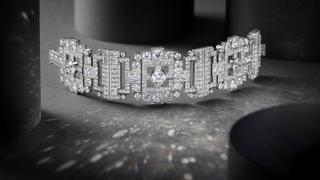 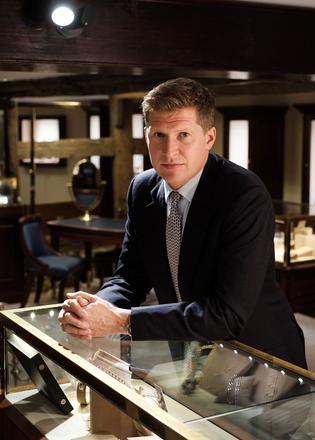 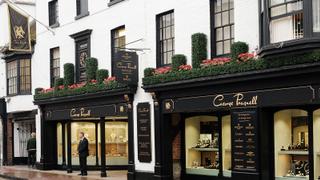 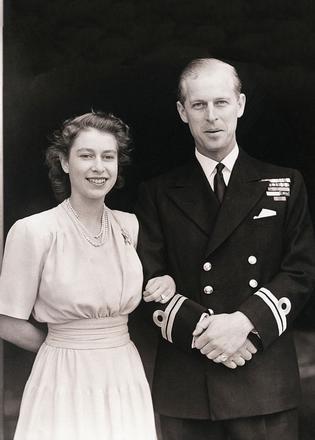 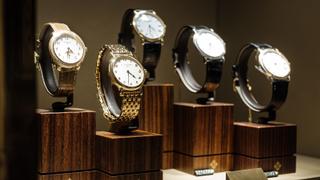 Royalty played a part in the making of fine jeweller Pragnell. Now they are customers of this British institution, Charlie Pragnell tells Tory Kingdon...

Charlie Pragnell is everything one might expect of a third generation British jeweller: clean shaven, smartly tailored and affable; for breakfast he orders kedgeree and talks about the monarchy. At Alfred’s members’ club in Mayfair, he’s discussing Pragnell’s new London boutique, at 14 Mount Street, as well as the illustrious history of the company founded by and named after his grandfather, George.

“My grandfather trained as a gemologist at Biggs of Maidenhead, a favourite jeweller of Queen Mary [the Queen’s grandmother]. As an apprentice, he would often be asked to look after Princess Elizabeth and Margaret when their mother visited,” Charlie says.

After learning his trade, George went on to buy a small jeweller’s shop in Stratford-upon-Avon, and in 1954 established a company under his own name, living with his wife and three children above the store. It remains today, albeit with a much larger footprint (the family home having long since been converted into office space).

Despite the London expansion, the company remains proudly wedded to its Stratford roots. In 1990 it launched the Pragnell Shakespeare Birthday Award, which annually recognises those who further the understanding of the Bard’s life and work. A silver cup was crafted at its workshop and has since been presented to the likes of Sir Nicholas Hytner, Sir Kenneth Branagh and Dame Judi Dench.

“We’re very proud of the town’s heritage and our place within it,” says Charlie. “You’d be surprised how much of a destination Stratford-upon-Avon actually is to international visitors. Al Pacino was recently in town. He’s a big deal!” He won’t say, of course, whether the Hollywood great is a Pragnell customer. The website lists “royalty, actors, musicians, African tribal leaders, Middle Eastern sheiks and English families” as its varied client base. What is clear is that it’s no ordinary small town jeweller.

Today, Pragnell’s offering is wide ranging, stocking contemporary and antique pieces as well as its fine jewellery and Masterpiece collections. In store, it offers services such as ring re-sizing and re-threading of pearls. “We’re proud to be a full service British jeweller,” says Charlie. The company is also a respected watch dealer, stocking the likes of Cartier, Jaeger-LeCoultre, Omega, Rolex and Patek Philippe. The relationship with the latter began when Jeremy bought his first watch in 1969, which was hand delivered by the now president of Patek Philippe, Philippe Stern. “There’s a respect between family businesses; they understand each other,” says Charlie on the continuing ties with the fourth generation Swiss watchmaker.

There is, in the client base, a superyacht owner or two, and Charlie has been known to hop on board to discuss requirements. “Superyacht owners tend to have a desire for ordered perfection,” he says. “They are some of the wealthiest people in the world, and you don’t achieve that level of success without being a perfectionist. What’s nature’s version of perfection? It’s a flawless diamond.”

For sea lovers, there are a number of pieces in Pragnell’s collections that will appeal. From an art deco style long diamond necklace with aquamarine pendant, or a contemporary sapphire and diamond pendant from its Bubbles collection, to a unique diamond and green enamel wave motif ring from the Poroca collection, inspired by the inland tidal wave that surges up the Amazon River twice a year.

But, according to Charlie, the piece that takes pride of place in its current collections is the “re-imagined Antrobus bracelet and ring”, created to celebrate Queen Elizabeth and Prince Philip’s platinum wedding anniversary last November. Homages to both her engagement ring, and the bracelet that the Duke of Edinburgh gave to her on her wedding day, the newly interpreted platinum ring includes a diamond held in an eight-claw setting with a further four diamonds set on either side, and the bracelet is a striking geometric design containing more than 320 modern brilliant cut diamonds.

Both the original pieces were created by Philip Antrobus of Bond Street, a jeweller established in 1815 that Pragnell has since acquired. The original Antrobus jewellery was handcrafted in the workshops of Waters and Blott Ltd, which in 1947 was run by Albert Blott. His daughter Jane went on to marry Jeremy Pragnell. “The anniversary seemed a fitting time to tell the story, and we wanted to mark it in some way,” says Charlie, who is married to a relative of the Garrard family, another long-standing British jeweller with royal connections. Tales of love between houses, marriage and royalty: how fittingly Shakespearean.