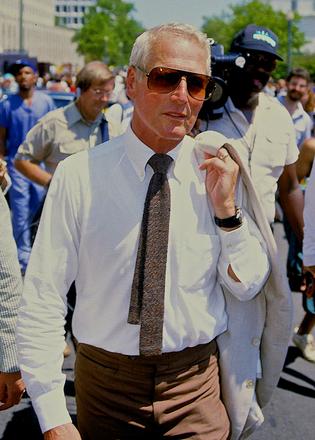 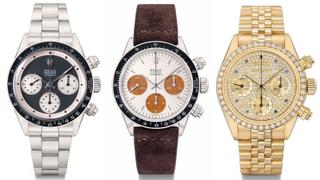 Opinions vary as to what really is the most collectable classic watch to covet, but few would argue that the Rolex Cosmograph Daytona is a prime contender. This is especially so following last October’s sale of an example that once belonged to Hollywood star Paul Newman for a jaw-dropping $17.8 million, making it the world’s most expensive wristwatch.

That particular Reference 6239 model was fitted with a rare type of dial that subsequently became known as the “Paul Newman”. It had long been revered in collecting circles and was largely responsible for kick-starting the cult of the Cosmograph Daytona, which first appeared in 1963 as a chronograph sports watch called simply the Cosmograph.

Such was its following among racing drivers and enthusiasts that Rolex USA soon requested that “Daytona” be inscribed on the dial of American market models, in tribute to the celebrated Daytona 500 motor race, which Rolex had been involved with since 1959. The name was subsequently extended to all Cosmographs and the watch has been presented to the winner of the 24 Hours of Daytona since the mid-1960s.

But while the original 6239s routinely sell for £100,000 at auction, it is the many variations of the Cosmograph Daytona that have given the watch such exceptional appeal among collectors.

To mark the model’s 50th anniversary in 2013, Christie’s staged Rolex Daytona Lesson One, a sale featuring 50 examples of the watch in different guises – from the simple black or white subdials, to pieces designed with “pulsometer” scales, with gold cases, with blue, red or yellow dials or set with diamonds and gems.

On 12 May the sale’s organiser, world renowned expert Aurel Bacs, will wield the gavel for Phillips in Geneva at the Daytona Ultimatum, an auction expected to contain up to 50 of the best preserved and most original examples of all the important references made. With interest from all corners of the globe, this sale might prove conclusively that the Cosmograph Daytona really is the most collectable wristwatch in the world.