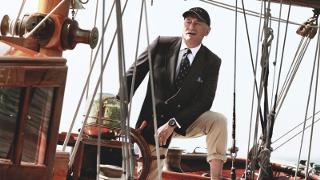 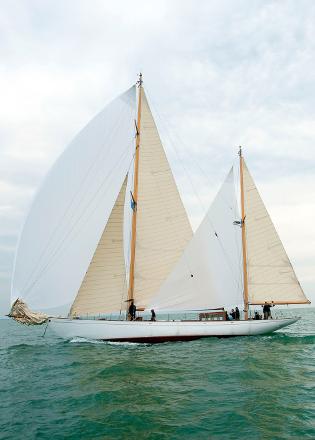 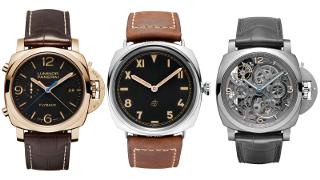 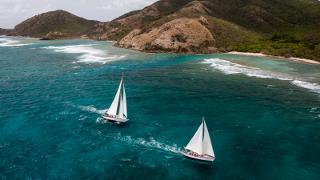 Yacht owner Angelo Bonati knows authenticity when he sees it, whether that’s in the Officine Panerai watches he’s responsible for, or the classic sailing yachts he loves to race and restore. Bill Springer catches up with him...

Nothing provides a better glimpse into the character and style of Angelo Bonati than the painstakingly restored classic sailing yachtEilean. The yacht, like the man, is elegant and authentic, with an incredible pedigree and a fundamental connection to the sea. But Eilean would have sunk into obscurity – literally left to rot in the mangroves in Antigua – if Bonati hadn’t stepped in. And the same could be said for the Panerai brand when Bonati, who grew up just outside Milan and was the sales director for Cartier in Italy, joined the small Italian watchmaking company in 1997.

Founded in 1860, Panerai’s distinctively large, luminous and elegantly simple watch styles were originally developed for the Italian navy, and have been available to the public only since the mid-1990s. But Bonati recognised that Panerai’s highly specialised, limited-edition watches had the same elusive and exclusive qualities – timeless style, sophisticated design and utter authenticity – that Eilean had. And authenticity is very, very sexy.

“Panerai is a brand with authentic values,” says Bonati, who is in his sixties and has been CEO since 2000. The company created the first prototypes of the model now known as Radiomir for the “frogman commandos” of the Italian navy before the Second World War. “We’ve preserved the distinctive identity of that historic watch style that was completely different from anything else in the watch market,” says Bonati. “We respect the DNA and the form and function of that original product.”

In addition to dedicating the resources necessary to restore Eilean to her former glory, the company founded the Panerai Classic Yachts Challenge in 2005. But the choice to invest so heavily in classic yachts is no accident. The fact that Eilean was launched in 1936, the same year that the Radiomir prototype was created, resonates with Paneristi (Panerai lovers) around the world. Panerai also makes Eilean available to certain non-profit organisations that take cancer patients and their families out for a restorative sail.

“Panerai doesn’t try to be something it’s not,” says Bonati. “It keeps surprising and impressing Panerai enthusiasts all the time, while staying true to our DNA. The designs are beautiful and distinctive while our history is unique. We maintain our identity by trying to be as true as possible to our roots.” As a result, the most popular models represent a mix of the company’s core collection (the Luminor 1950, with its iconic crown guard, continues to be a bestseller) and limited edition watches such as the Lo Scienziato-Luminor 1950 Tourbillon that features a titanium case, P.2005/T calibre movement and a see-through sapphire crystal back.

In the mid-1990s, Sylvester Stallone bought a Panerai Luminor in Rome and wore it in the movie he was shooting at the time, Daylight. He also bought and engraved some to give as gifts to friends including Arnold Schwarzenegger, which no doubt helped the brand gain global recognition. But these days the list of celebrities seen sporting Panerais ranges from former President Bill Clinton, and Israel’s Prime Minister Benjamin Netanyahu, to Ashton Kutcher and Heidi Klum.

Bonati’s vision for the company is certainly compelling. Panerai has always been known for its Italian style but the company is also gaining a reputation for the high-end Swiss technology of its in-house crafted movements such as the P.4001 calibre that features 31 jewels and 278 components.

Just like Bonati’s commitment to classic yachts, the company, which is an integral part of Richemont’s portfolio of luxury brands that includes Jaeger-LeCoultre, Montblanc and Piaget, has invested heavily in a state-of-the art manufacturing facility in Neuchâtel, Switzerland, to ensure that Panerai watches continue to be as technically sophisticated as they are timelessly stylish.

Thanks to his commitment to classic yacht racing, Angelo Bonati and the Panerai timepieces he loves so much will always be popular in classic yacht destinations of Cannes, Antigua, Cowes and Nantucket. But it’s his uncanny ability to make sure Panerai does not follow trends and stays true to its DNA that is cultivating a growing and passionate international following in Moscow, Shanghai, Doha, Buenos Aries, Bangkok and Beverly Hills too. Watch this space.