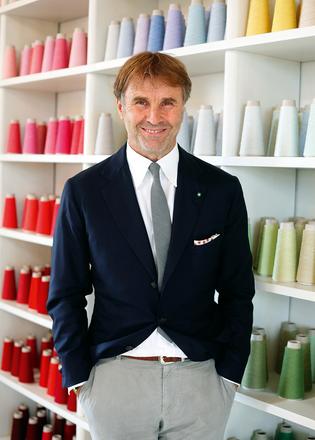 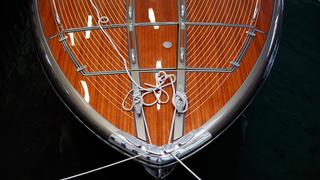 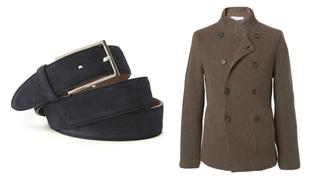 He is fearful of the sea and doesn’t own a boat, but his devotion to design means fashion designer Brunello Cucinelli understands yachts and the sailing life surrounding them, as Peter Howarth discovers.

Brunello Cucinelli does not own a boat. “I was born here, in the hilltops,” he explains in his spacious, light-filled office in Umbria, one wall a row of enormous windows looking out onto the green landscape and the fountains he has built to act as a centrepiece to his factory. “The first time I saw the sea was when I was 15, because we were peasants,” he says. “And truthfully, I find it hard to sleep on the water. I am a bit fearful of the sea.”

The Italian designer and founder of the eponymous fashion and lifestyle brand is no stranger to boat life, however. Though not a sailor himself, one of his closest friends runs the Ferretti shipbuilding group, and he has spent many happy moments on board. “I sometimes go and check out the interiors of his boats and I can see how tailor-made they are; they breathe exclusivity. I recognise the level of craftsmanship in this trade, even though I am not an expert in shipbuilding.”

It is this commitment to craftsmanship that Cucinelli believes gives luxury products their special allure, and to which he has devoted his entire career, building a business from a single order of 53 cashmere sweaters in 1978 to a €1.2 billion enterprise exporting to 60 countries. He looks at least a decade younger than his 60 years and moves fast, with a nervous energy that suggests an active curiosity, borne out by his conversation.

He shows me his gallery of the ancients and moderns who have inspired him: small portraits that hang on his white office wall. Socrates, Dante, Shakespeare and Marcus Aurelius hang alongside JFK, Martin Luther King, Le Corbusier and Steve Jobs. There are also two framed texts: Pericles’ funeral oration on democracy from the Peloponnesian War, and the Siena Constitution of 1309. He reads a passage from the latter, on how the beauty of the city must be preserved. “The year was 1309 and they were talking about the importance of beauty!” he exclaims.

Cucinelli grew up the son of a farmer in Umbria, the youngest of three boys. “I saw how hard work can really be. I can’t alleviate the harshness, but my dream is to make human work more human,” he says. To that end he pays workers on equivalent levels the same salary, whether blue or white collar.

On a tour of his factory, Cucinelli explains how he wants all his 720 employees to be able to see the surrounding countryside. He has built a neoclassical theatre in the nearby medieval town of Solomeo, where workers and the public can come to see drama productions and classical music recitals. Up the hill in Solomeo sits a 14th century castello, for 15 years the headquarters of Cucinelli’s production until he outgrew it. Restored in 1985, it is now home to a shop, as well as his new venture: a collection of schools he has founded to preserve traditional skills and craftsmanship. He has also recently bought a famous 60-year-old Tuscan tailoring factory called D’Avenza, which made coats for Winston Churchill and Roosevelt, as well as the camel coat that Marlon Brando wears in Last Tango in Paris. “This is a younger and more forward-thinking style of tailoring. The jacket is cut marginally shorter, there is a soft, typically Italian shoulder and it is tailored to the body, accentuating the waist.”

Asked to describe a typical Brunello Cucinelli outfit, he paints a picture that would sit happily on one of his friend’s yachts: a navy blazer, one-and-a-half breasted (halfway between single- and double-breasted), fitted trousers in a different material and either a polo shirt or a shirt under a lightweight pullover. It’s a “luxury, chic, sporty look”, he says, which appeals across generations.

There is something boyishly magnetic about Signor Cucinelli. A true Italian, he exudes romance, never more evident than on returning to the topic of boats. “When a yacht touches the water for the first time it’s always very moving. It is about to explore the waters of the world for who knows how many decades?” Cucinelli may not own a boat, but he sure understands them.