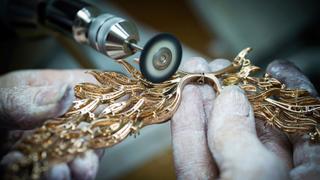 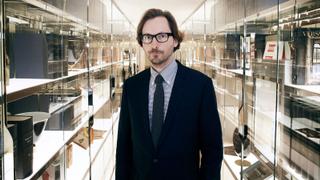 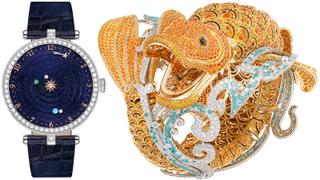 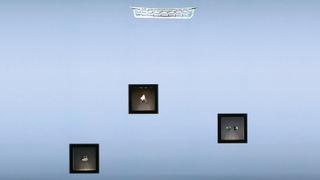 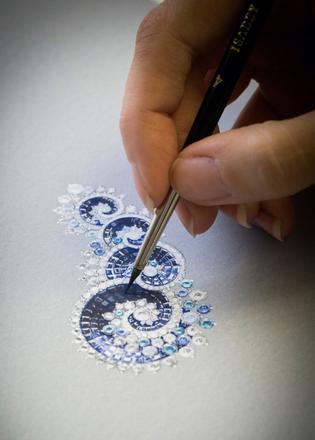 Nicolas Bos, CEO and president of Van Cleef & Arpels, is something of a lifer at the Richemont group, the world’s second largest luxury goods company. He began his career there 25 years ago, at the Cartier Foundation for Contemporary Art, before joining Van Cleef & Arpels in 2000 and taking up his current post in 2013. Softly spoken and articulate, he talks about keeping this 122-year-old brand relevant today, as well as the importance of nature – specifically the ocean – in both its collections and his own life.

Although born in landlocked Paris, Bos spent his childhood summers with his grandparents on France’s Atlantic coast near Bordeaux. Now 46 and married with two children, he’s a huge fan of St Barths and has taken family holidays there every year for the past two decades. The happiest moments of such holidays are afloat, he tells me. Alas, his wife is prone to seasickness but they still manage to take day sailing trips, which he describes as “one of the great pleasures of life”.

During his career, in both Paris and New York, Bos has always been involved with the creative direction of the house. Today, the design studio is near his office in Paris, the designers report to him directly and he sees all the drawings at the start of each collection. He is quite clear on the key to his success: “The company does well only if creation is central to the process.”

When asked about his balancing act between the creative and business sides of Van Cleef – he has served as creative director, too – Bos says it’s an artificial distinction. “It is the business side that makes these creations come to life; not just remaining as concepts or beautiful designs, but becoming real collections that are produced, distributed and sold.”

The natural world remains one of his main sources of inspiration. Bos is always looking for “positive and engaging representations of nature that also have a strong cultural background”, and cites the latest high jewellery collection, Noah’s Ark, as a prime example. The collection was inspired by a painting he saw at the Getty Museum in Los Angeles, The Entry of the Animals into Noah’s Ark, by Jan Brueghel the Elder, which he describes as “a colourful and happy representation of nature, animals coexisting together, moving in couples on their way to the boat”.

For its New York launch, Bos collaborated with renowned avant garde American theatre director Robert Wilson on a dramatic installation. Instead of using an all-encompassing vessel, Wilson chose a delicate Inuit whalebone boat, less than 25cm long, to represent the ark. Set in a dark room, illuminated by a single shaft of light, it appeared to float in space, surrounded by 60 pairs of animals in the form of bejewelled brooches, set in glass niches in the walls.

The sea is a frequent starting point for Van Cleef’s high jewellery collections. Atlantis recreated the sunken city of King Neptune, an enchanted realm of sea nymphs and mermaids. Another – 20,000 Leagues Under the Sea, inspired by Jules Verne’s 1870 science fiction novel – explored the “wonders of the world under the ocean, but in a whimsical and imaginary way”.

And Seven Seas, unveiled in June 2015 at the Oceanographic Museum in Monaco, took its cue from the waters surrounding Europe. “The Black Sea, Red Sea, Mediterranean and Atlantic are not the same colours, so it was interesting to explore them with different stones,” Bos says.

Watches are also an important part of the brand, and Bos is directly responsible for the creation of its Poetic Complications collection, which uses a watch’s movement to tell stories on the dial. The new astronomical Midnight Planétarium timepiece took more than six years to make: Bos and his team became fascinated by 17th and 18th century planetarium tables, depictions of the solar system, which he describes as “not only scientific instruments but also works of art”. Tiny spheres, sculpted in turquoise, mother of pearl, enamel and diamonds, represent the Earth, Venus and Mercury, and revolve around the Sun. A second movement shows the moon’s orbit around the Earth. When the date is set, the watch shows the exact configuration of the planets at that precise time.

The dazzling Carpe Koï watch bracelet is encrusted with 8,000 precious stones – yellow sapphires, spessartite garnets, black spinels and tourmalines – set in yellow and white gold. “The koi lives a long time and is associated with luck and happiness in Asian cultures,” Bos says. The bracelet has a secret watch face that is revealed only by pressing on the carp’s tail to open its mouth.

Ultimately, the most demanding part of his job, Bos tells me, is maintaining the continuity of the brand, the unique style of the house, while making it relevant to the contemporary world. “That is what keeps us busy!”

Beautiful ocean-inspired fine watches to keep on board