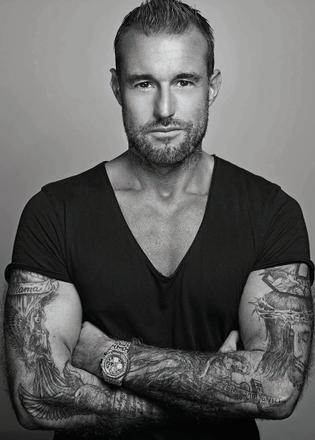 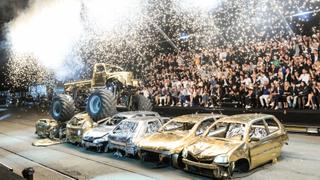 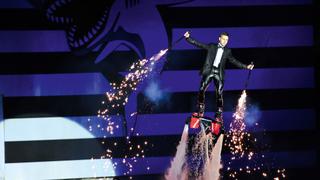 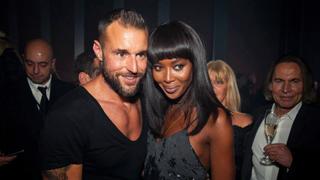 He may joke around and host infamous events, but fashion designer Philipp Plein is actually one shrewd businessman, finds Peter Howarth...

German designer Philipp Plein has seemingly sprung from nothing to become a player on the global fashion stage. The outspoken 39-year-old has come a long way since he started selling vintage military jackets decorated with skulls in Swarovski crystal. With three new shop openings in three days – London today, Paris tomorrow and Amsterdam the day after – he’s living up to the jet-set image of his clothes.

Sitting on the top floor of his new New Bond Street store, Plein is fit, tanned and clad in a leather jacket – customers mill around flicking through the sports-luxe products on show. It seems fitting that Plein’s first foray into retail was in Monte Carlo, given that so many of his 100 stores are located on the global party trail: Porto Cervo, Miami, Courchevel, Cannes and Saint-Tropez to name but a few.

“Consuming a brand – and also driving a car – is like a love affair, it has to be sexy,” he says, straddling a bench in the middle of the room. “You don’t want to sleep with a girl if she is not sexy. You only want to sleep with sexy people, right? And so, a brand has to be sexy, that’s part of its success.” Plein’s entire approach is indeed about pumping up the sensuality, whether it’s a short, clinging white viscose dress with cut-out revealing eyelets or a black T-shirt proclaiming in white sequin script: “A Little Party Never Killed Nobody”.

Asked to describe what makes Philipp Plein different, the designer says, “Most of our competitors are much more experienced than us. Richer than us, much more organised than us, much more everything than us; [the established fashion brands] are like the 50-year-old ladies at the ladies’ lunch with the big diamonds on, made over in the Chanel costume. We are just the young girl in the room who everybody wants to sleep with.”

Plein studied law and beneath the punk-in-the-room provocation there is in fact solid business acumen. Dig further through the sound bite bravado and you realise that Plein is full of commercial insight. Take his legendary parties at fashion week, where he ensures he has a late-night slot in Milan or New York to present his collection and then transforms the venue into a club for his guests.

“When I did my first fashion show, I found it ridiculous how expensive these shows are just for 10 minutes’ catwalk. So, I said when you have all of this live [performance], and this sound, make it become an experience.” The result? People sat up and took notice. If at first for the parties, then for the clothes. Mission accomplished.

Plein clearly sees himself as a challenger, and there is a risk inherent in bucking the established trend, one he is acutely aware of – that of not appearing to be a serious contender, which is especially important when your clothes are expensive. (A quilted black leather biker jacket with a gold embroidered big cat on the back comes in at £3,370.) “When you do it differently you risk doing it completely outside what people understand, but at the same time you don’t look like a loser. If I was trying to look like Chanel, I would completely lose. I cannot compete with them, I have to be me.”

There is no boat as yet. “I was at some boat shows and looking at the boats and you need to have dreams!” he says wistfully, but there is a villa on the French Riviera where he lives. Then there are the celebrities – Mischa Barton and Lindsay Lohan have featured in his advertising campaigns, and Naomi Campbell and Rita Ora have walked the runway for him.

Last year he showed he meant business when he acquired a majority stake in Flavio Briatore’s Billionaire Couture fashion brand, now known as Billionaire. The Milan Autumn/Winter 2017 show featured a gold helicopter on stage, the soundtrack to Dallas and models dressed in luxury cowboy/oil baron gear.

Despite his “new boy on the block” image, Plein started his company in 1998, and his story is not the one of overnight success that many take it for – but it is true that it is only comparatively recently that his brand started to register on the mainstream radar. While he may come across as having a laugh, Plein is in on the joke. With Billionaire, he has even poked fun at the fashion industry’s habit of parachuting big-name designers into brands as creative directors. Billionaire’s creative director is, he informs me straight-faced, a robot called Mr Plutus (the name of the ancient Greek god of wealth). He appeared with Plein at the end of the Milan show, complete with silver robot head to take applause. Wearing Billionaire, of course.

Let’s hope Plein does get his own superyacht soon – just imagine the parties!

Ones to watch: The new fashion and grooming brands to know this season